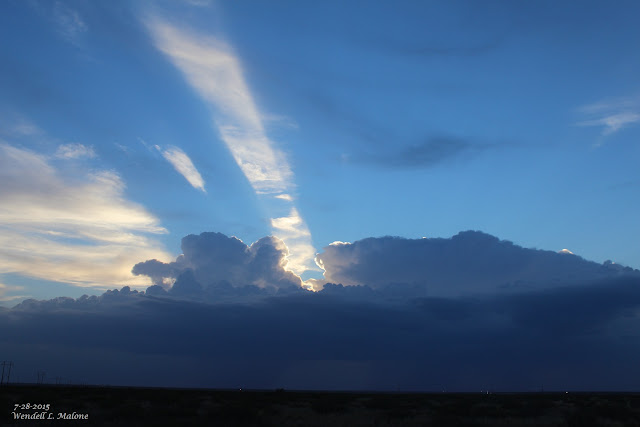 Pillar Of Light.. I took this photo 45 miles southeast of Carlsbad, New Mexico. I was  looking back to the northwest as a thunderstorm was moving into the Loving and Carlsbad areas late Tuesday afternoon.


Heavy Rains Fall Over Parts Of The Area Yesterday. 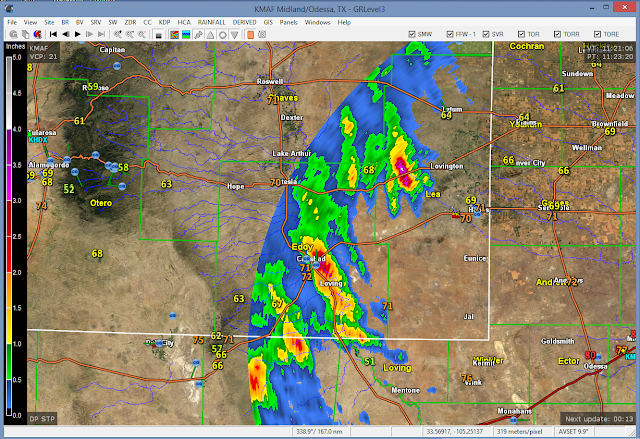 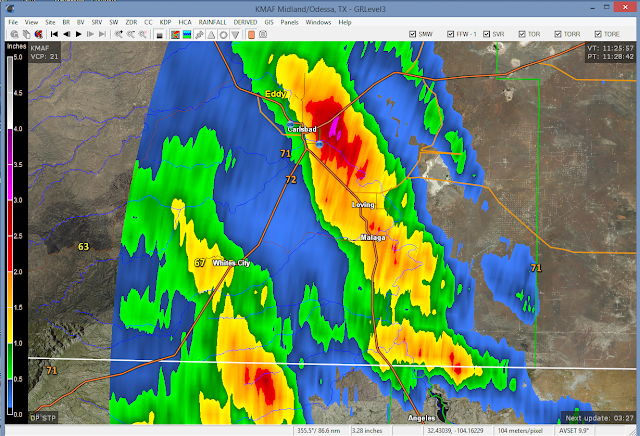 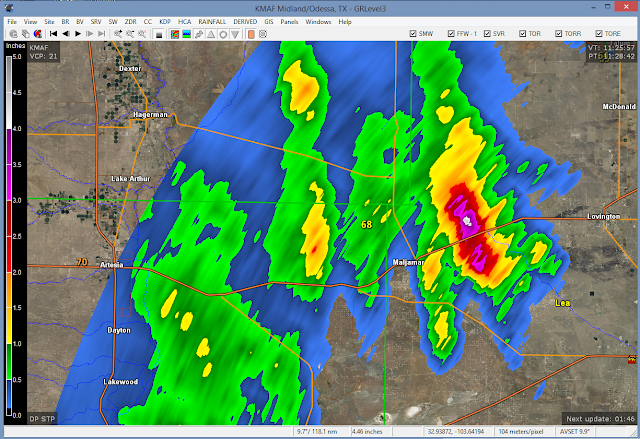 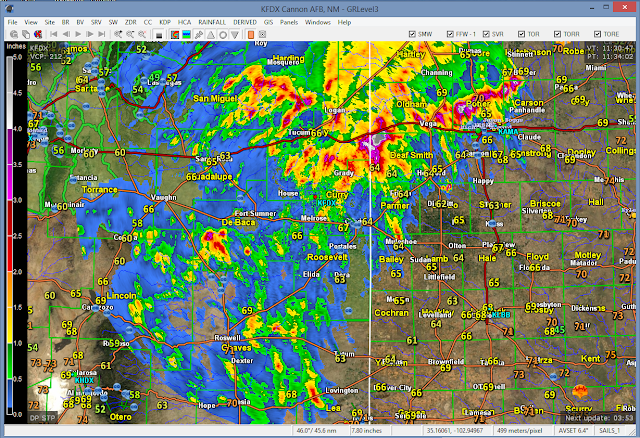 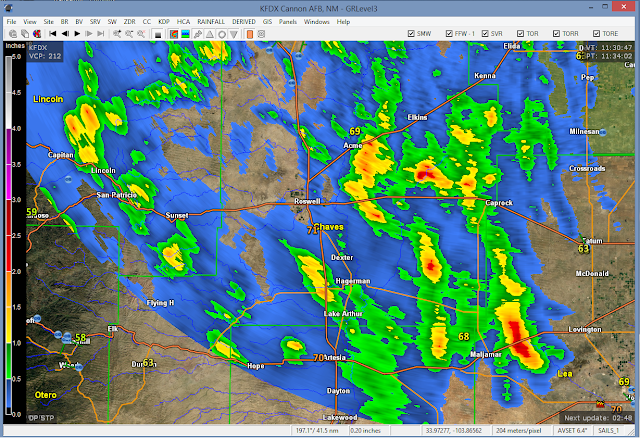 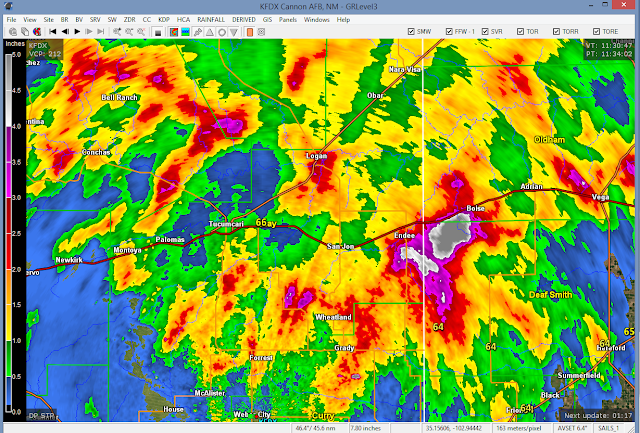 Excessive rainfall appears to have fallen in a few spots such as southwest of Boise, Texas near the state line where the Cannon AFB Doppler Radar has estimated that 7.80" fell. 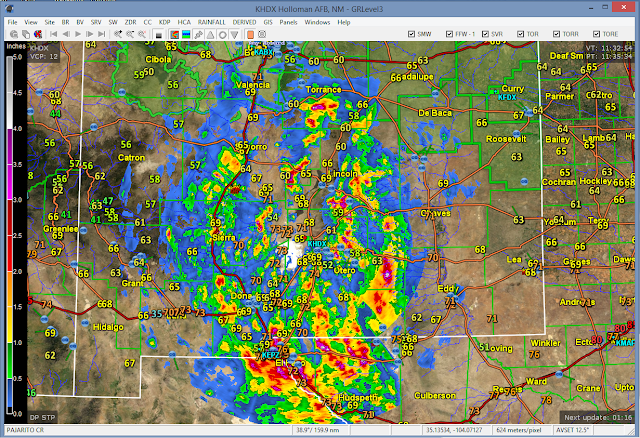 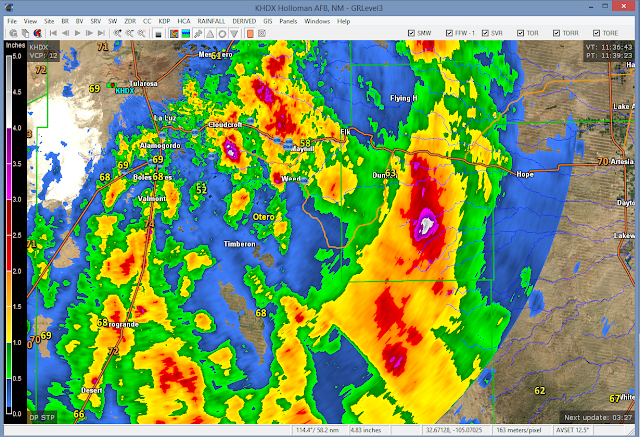 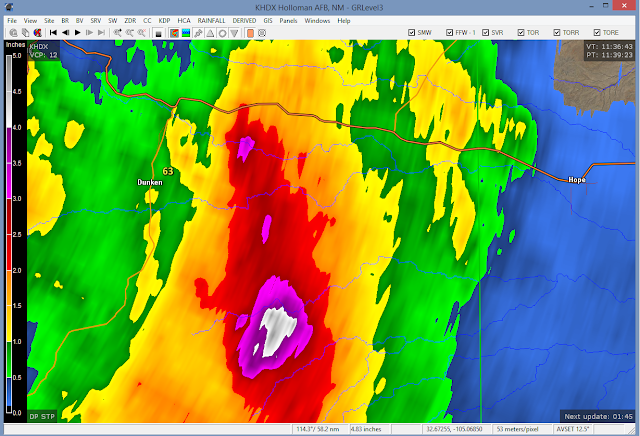 Another area of very heavy rainfall apparently fell over parts of the upper 4-Mile Arroyo watershed southeast of Dunken and southwest of Hope where the Holloman AFB radar is estimating 4.83" of rain fell.

NWS MesoWest 24-Hour Reported Rainfall Totals.
(As Of 6 AM MDT This Morning). 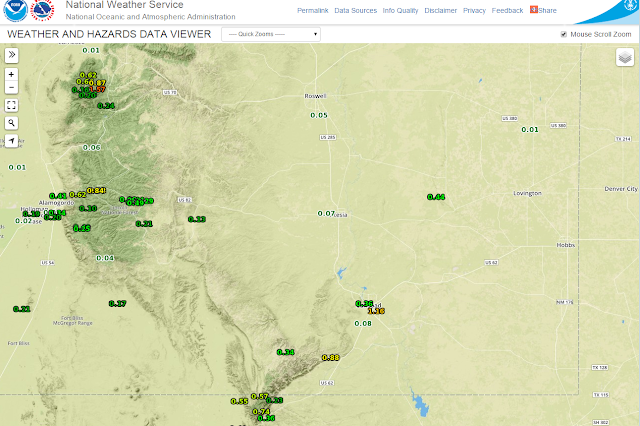 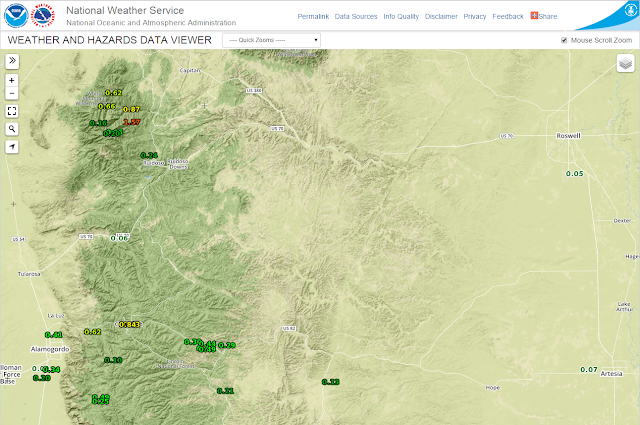 Locally the Skyview HADS automated rain gauge northwest of Ruidoso measured 1.57" and a personal weather station in southeast Carlsbad measured 1.16". Additional rainfall totals in New Mexico can be view via this link, and via CoCoRaHS.