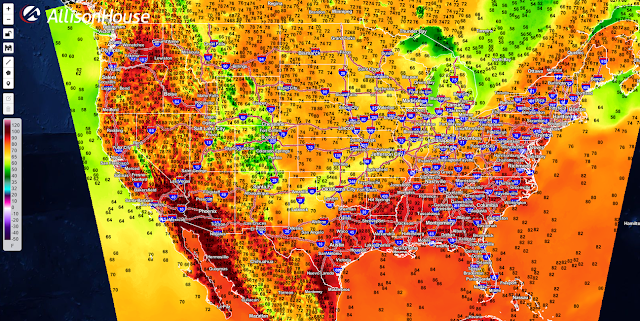 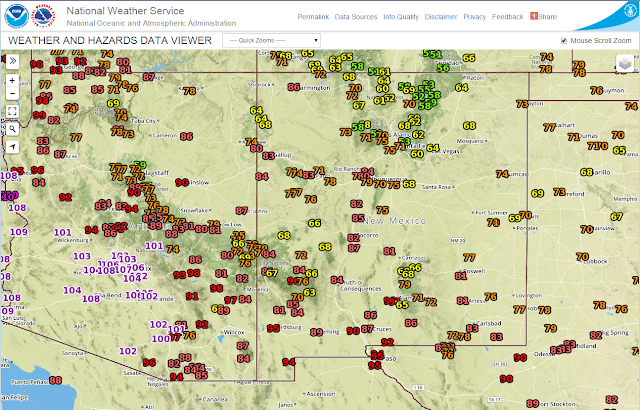 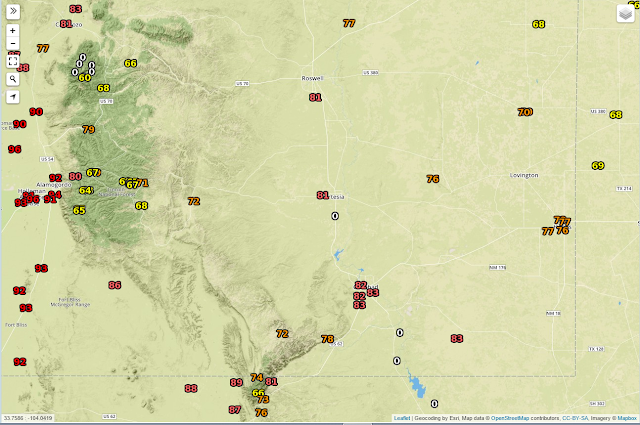 Tuesday's high temperatures ended up being some 15-20 degrees cooler than Monday's highs due to a cooler airmass in place over the area behind the cold. Monday the Carlsbad Airport reported a high temp of 102°F, Tuesday's afternoon high was 86°F. The coolest reading was noted at the Sierra Blanca Snotel (10,280') located next to Ski Apace with 60°F.

NWS OPC 24 Hour Lightning Strike Density.
(As Of 9 AM MDT This Morning). 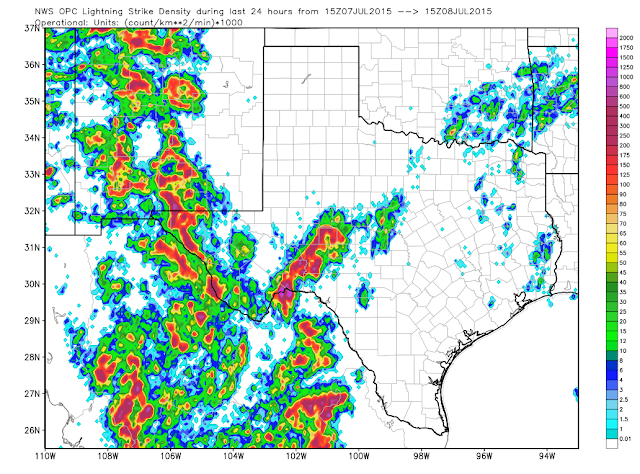 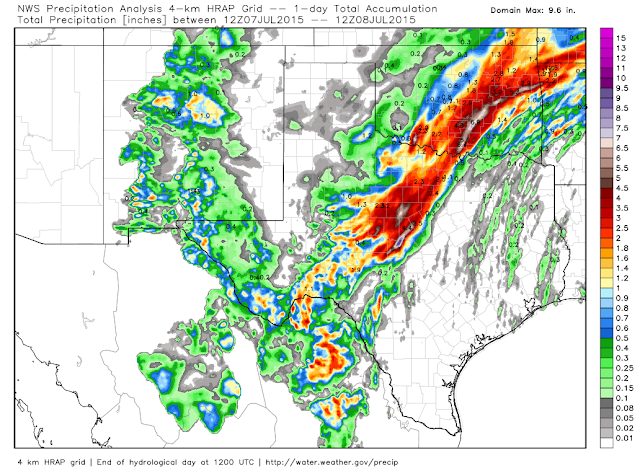 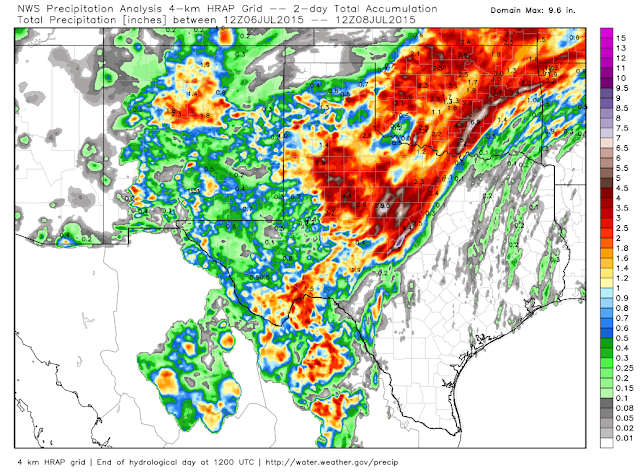 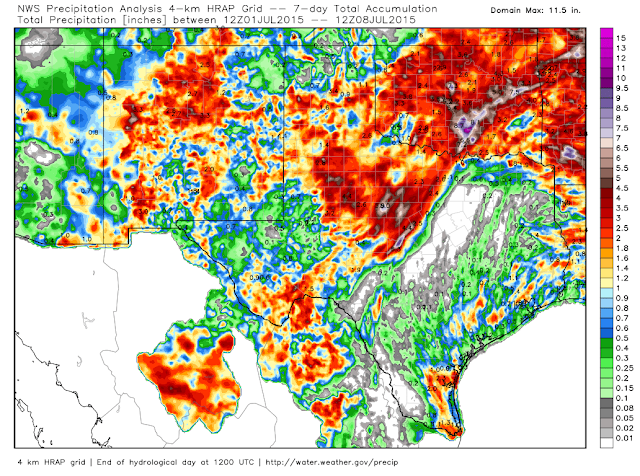 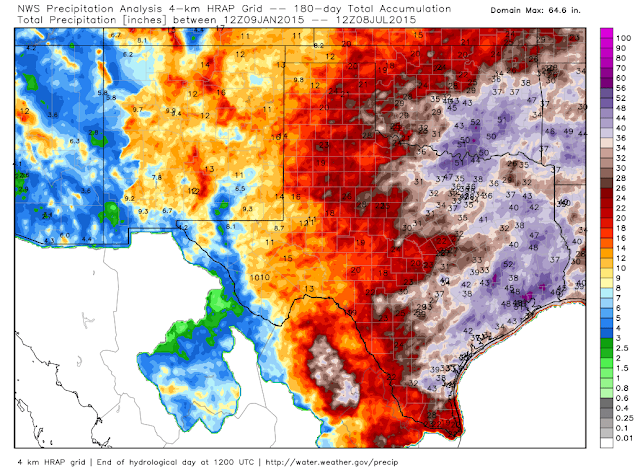 NWSMesoWest 24 Hour Rainfall Totals.
(As Of 9 AM MDT This Morning). 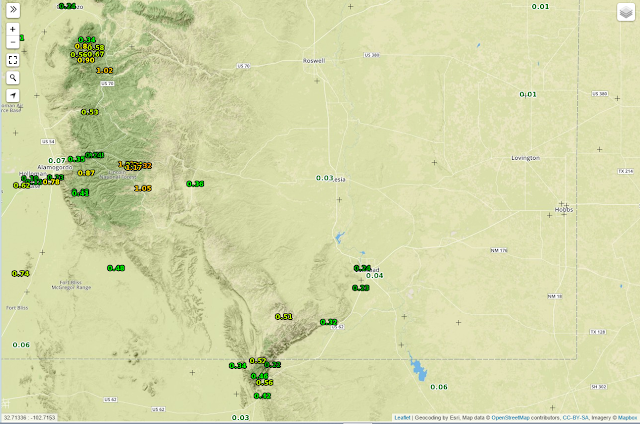 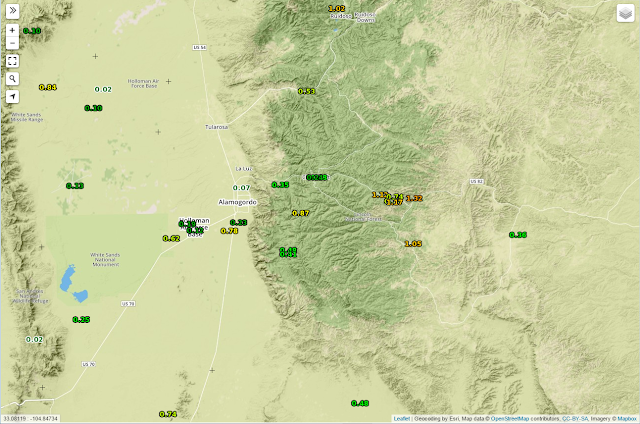 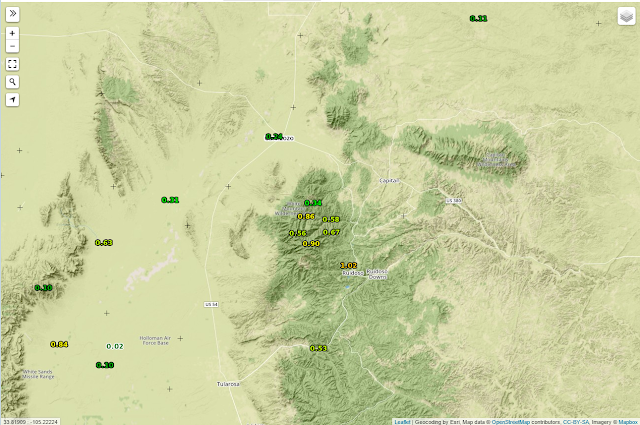 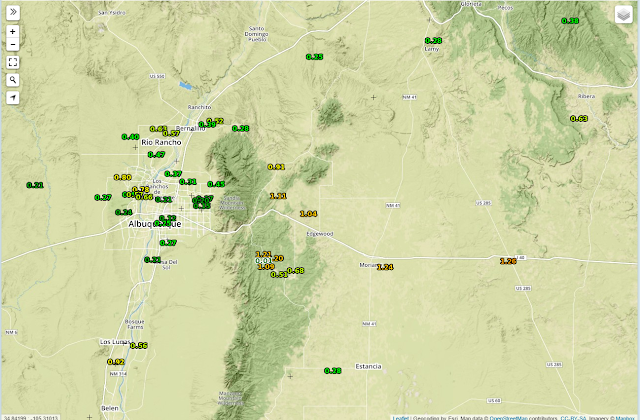 Not only did it cool down across much of New Mexico yesterday,another active day of thunderstorms was noted over much of the state. Noted are some of the heavier 24 hour rainfall totals. 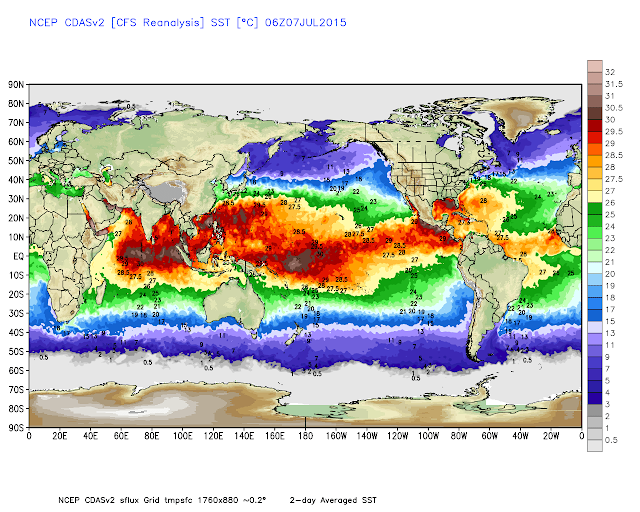 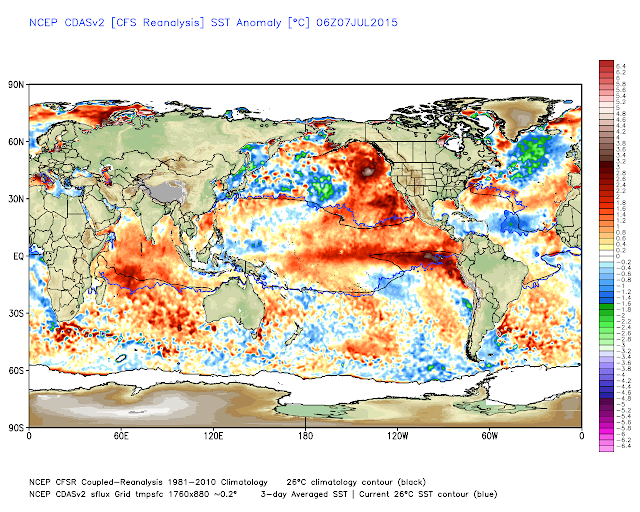 While El Nino continues to strengthen the Pacific Ocean continues to heat up. These two factors are playing a significant role in contributing to New Mexico's wet spring & summer. Long range forecasts continue to call for a cooler than normal July and above average rainfall for the state. The trend into the late summer and fall continues this idea as well. 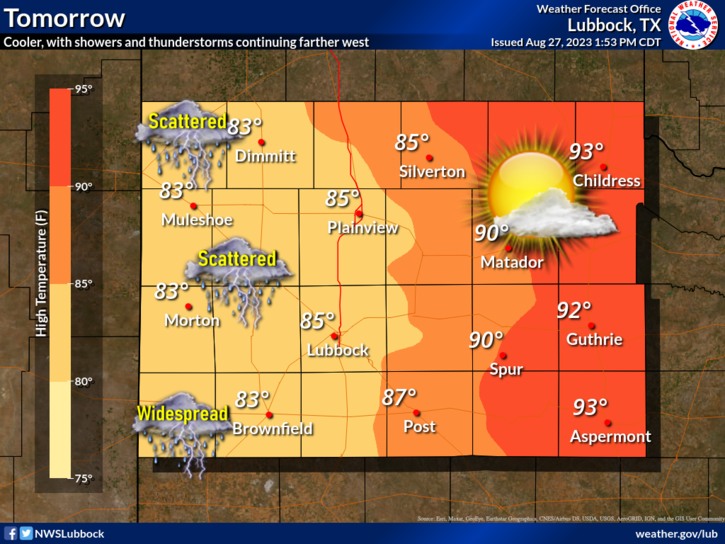