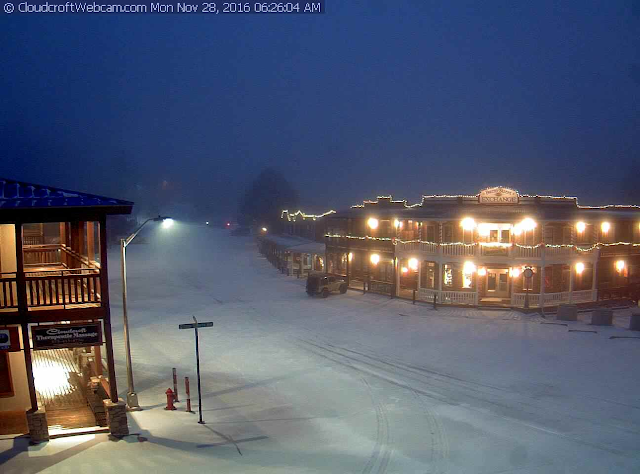 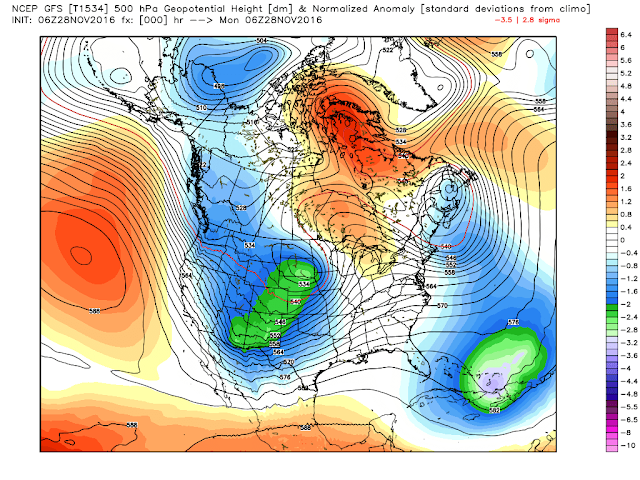 A cold trough of low pressure at the mid and upper levels of the atmosphere is swinging eastward across the area early this morning. This first storm has produced snow across parts of New Mexico and the Sacramento Mountains. Snowfall updates will be posted late today. 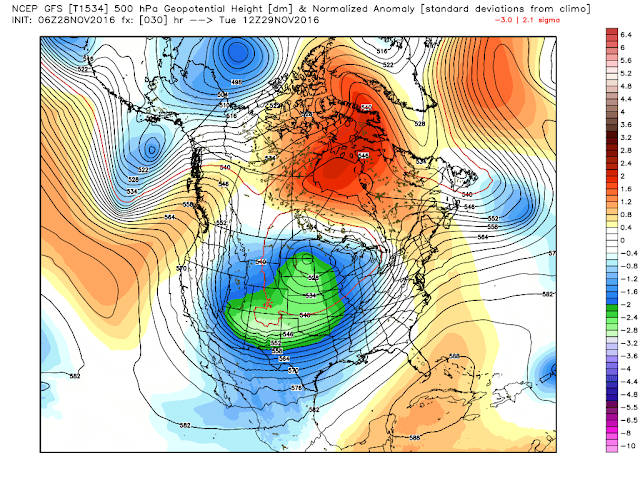 A second short wave will swing eastward across the state tonight into Tuesday. This will bring more snow to parts of the state especially across the mountains of the north. 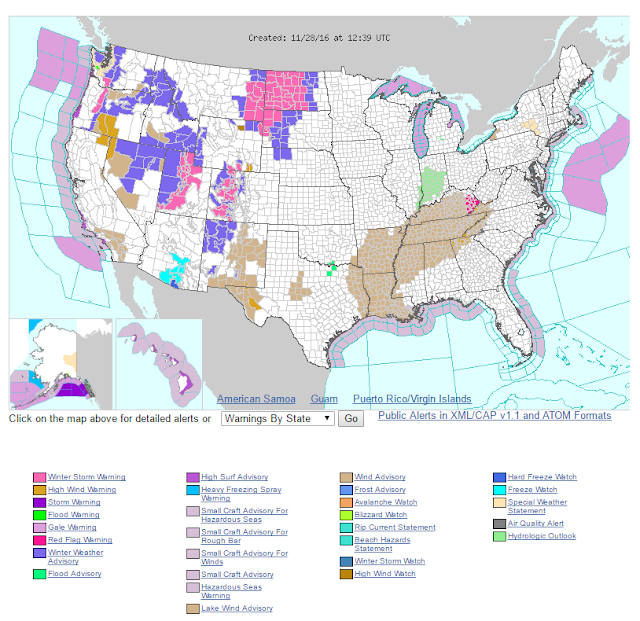 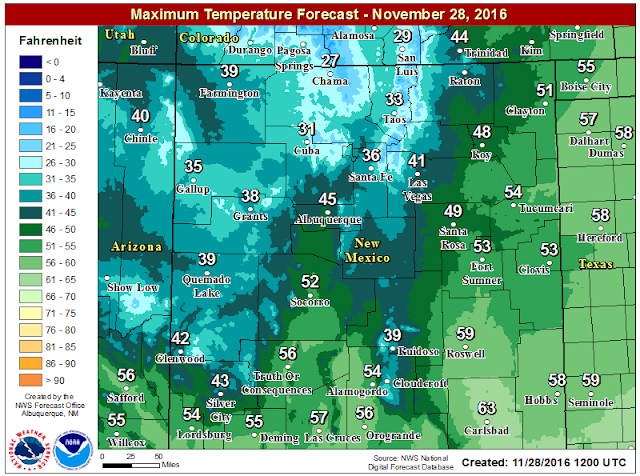 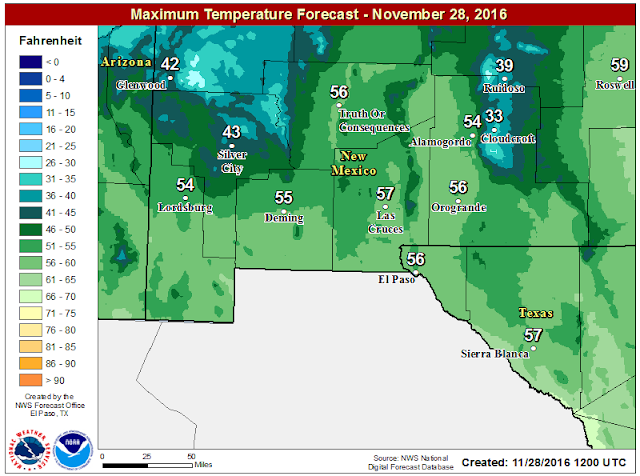 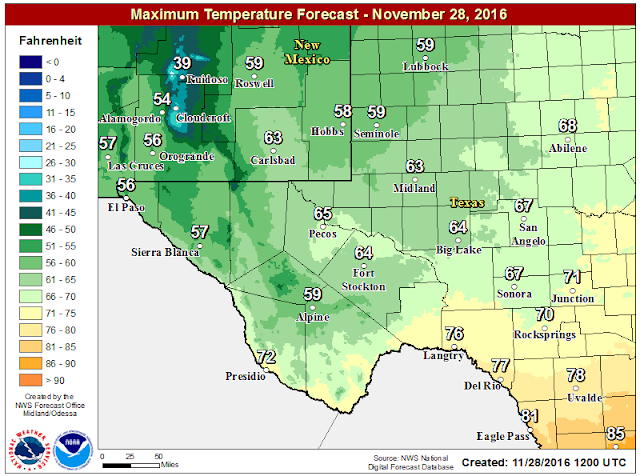 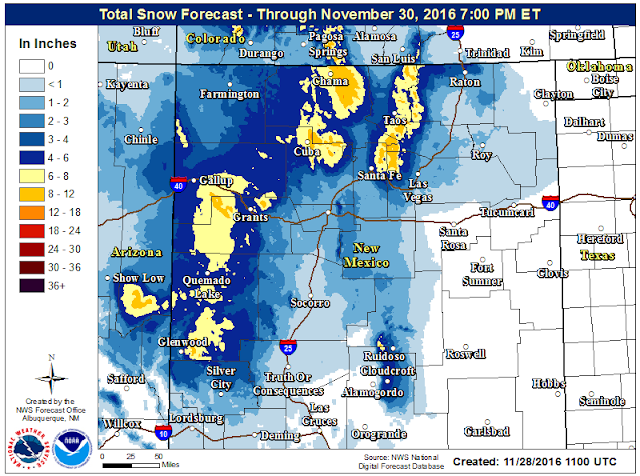 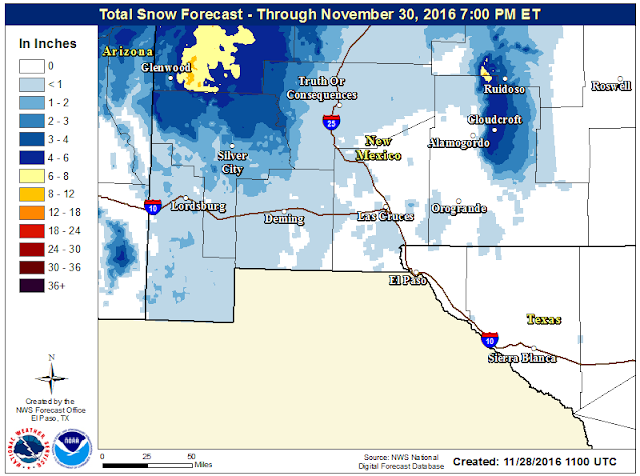 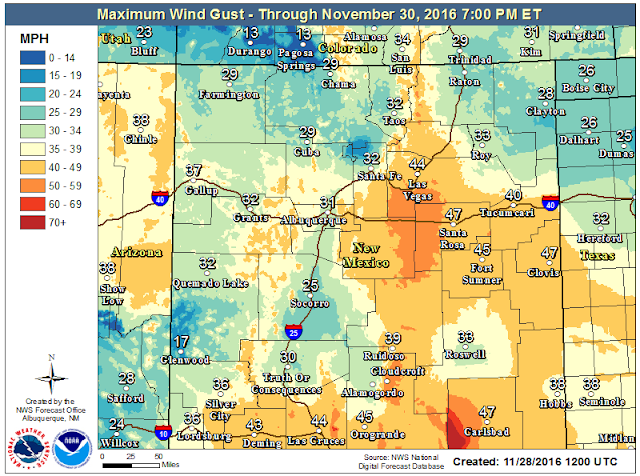 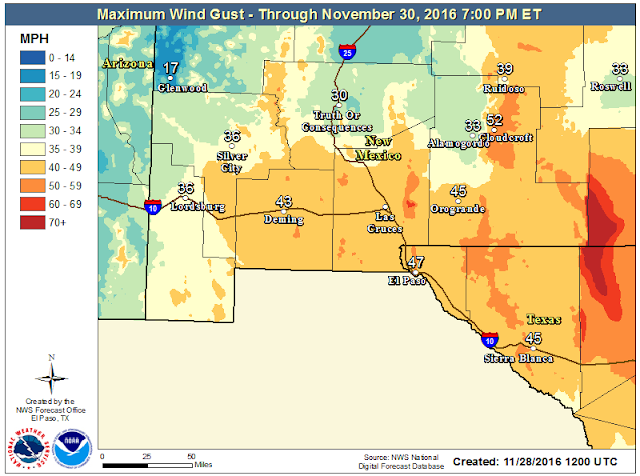 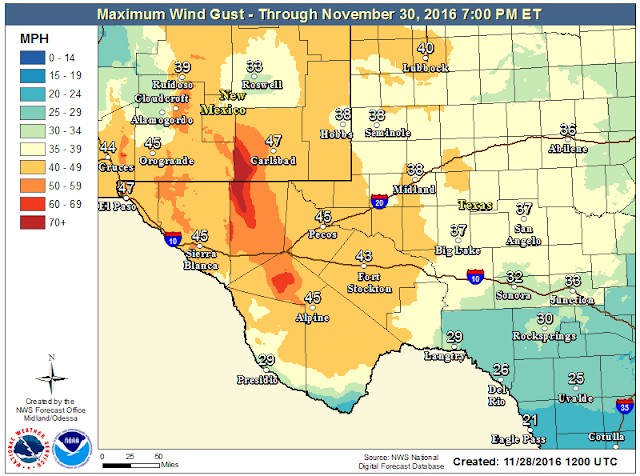 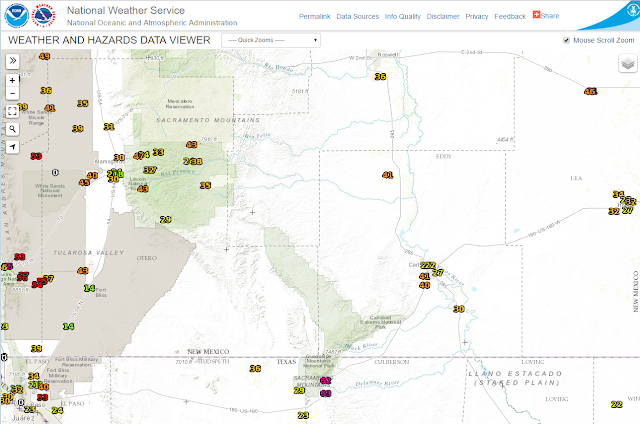 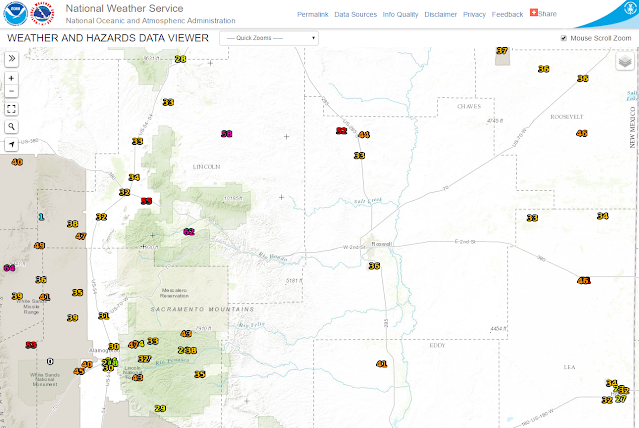 Our main weather impacts today in southeastern New Mexico and surrounding areas will be the strong westerly winds. A High Wind Warning remains in effect for the Guadalupe Mountains today into this evening for westerly winds sustained at 40 to 55 mph with gusts to around 75 mph. 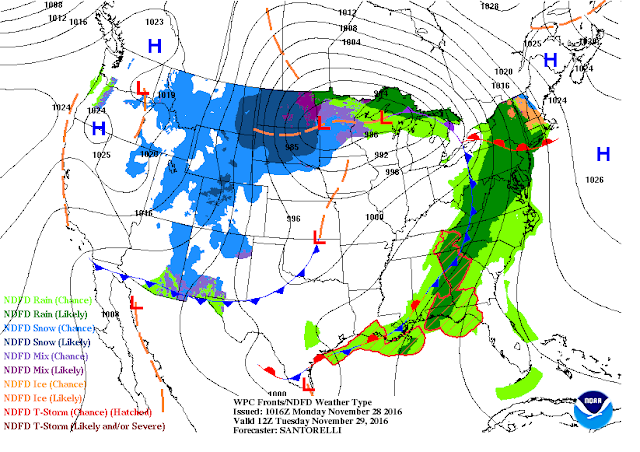 A cold front will sweep southeastward across the area tonight into tomorrow morning bringing colder temps with it. Our forecast highs Tuesday into Friday will be in the 50's with lows in the 20's across the southeastern plains. 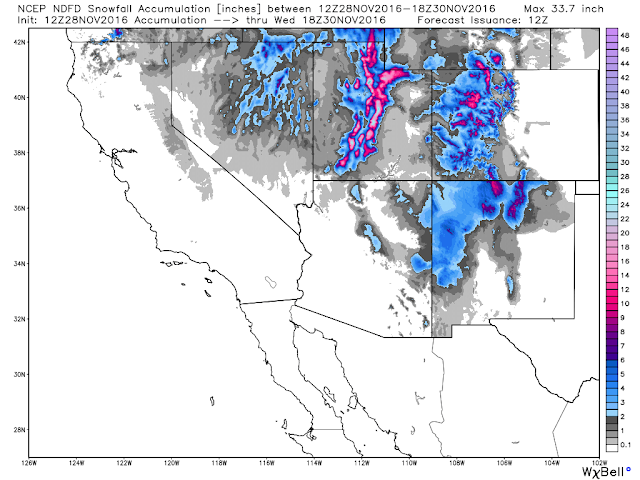 Valid Today Into 11 AM MST Wednesday.

What About Our Weekend Storm? 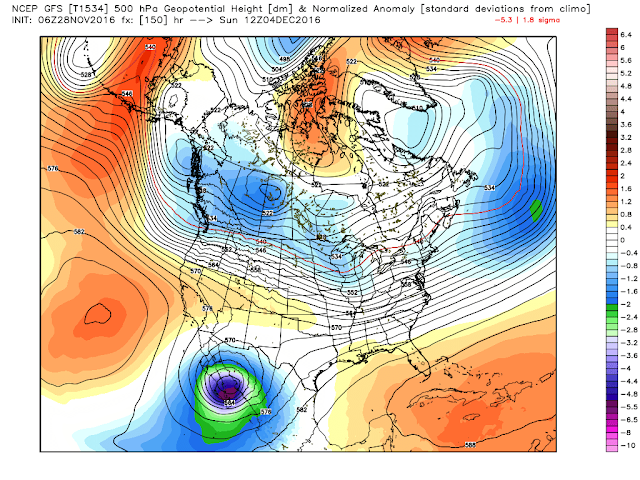 All three long range models (GFS, ECMWF, GEM) drop a strong cutoff low into the Baja region this upcoming weekend. That's about all they are agree on too. The models are all over the play with the location, track, speed, and outcome of this storm. So its impacts upon the region are still up in the air. There remains the potential for snow over the area some of which could be heavy especially in the mountains.