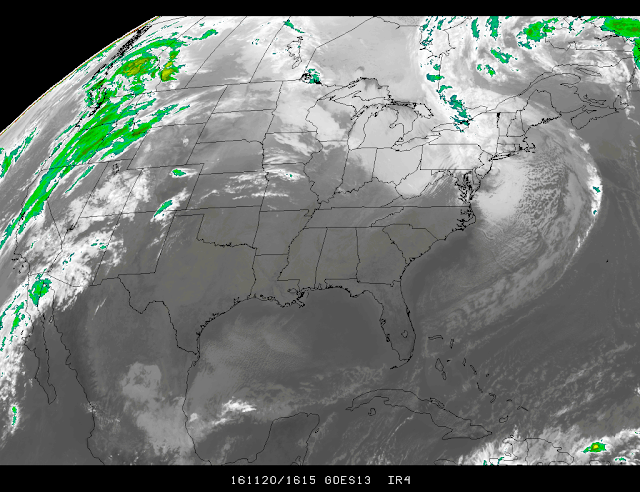 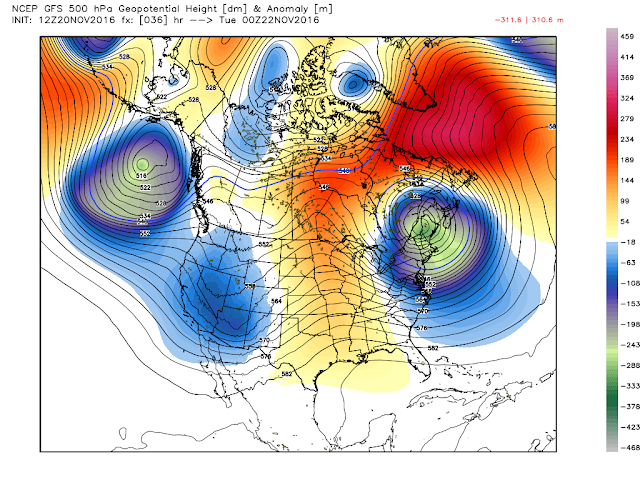 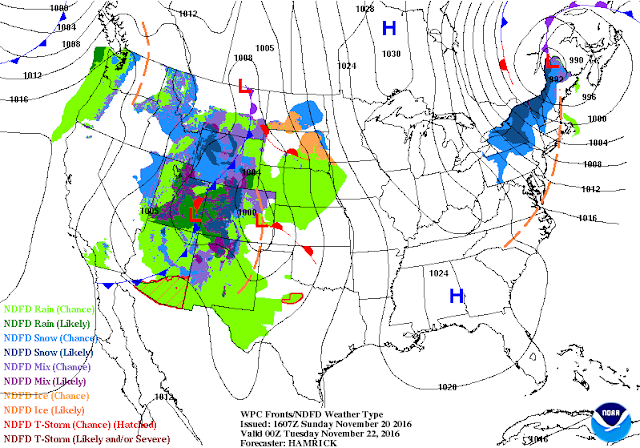 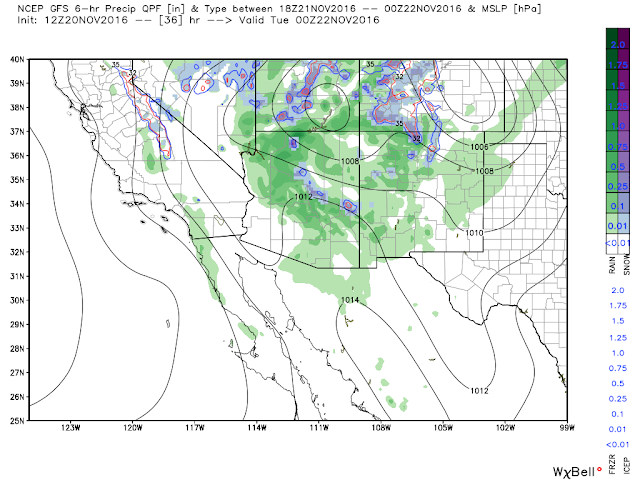 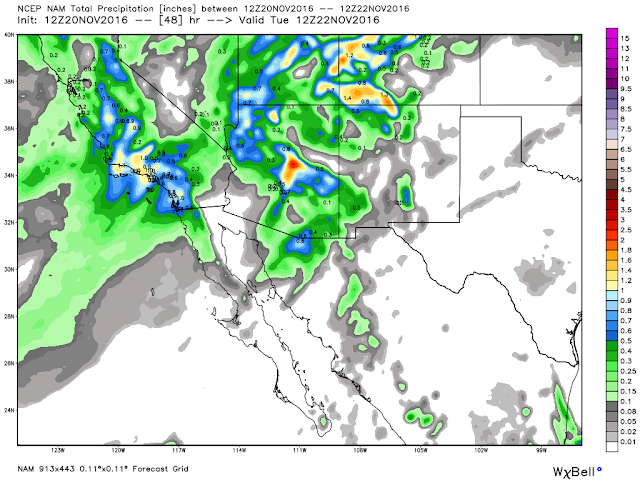 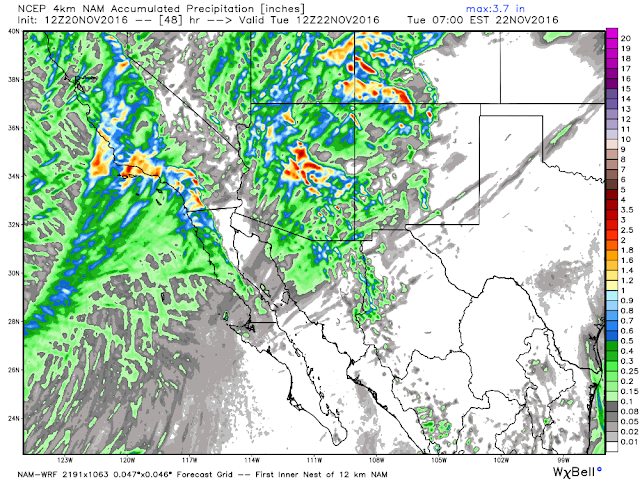 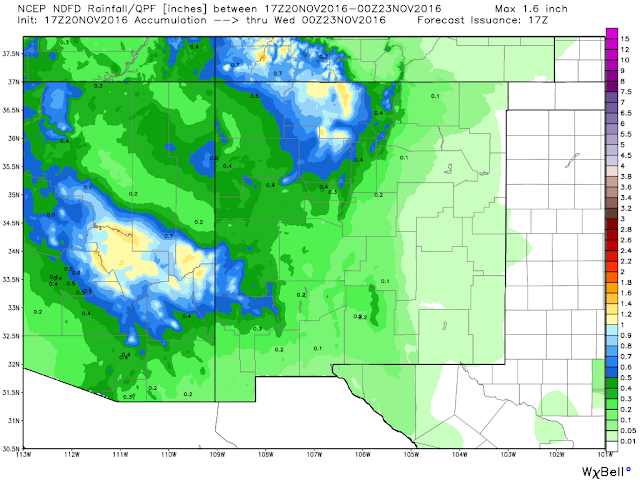 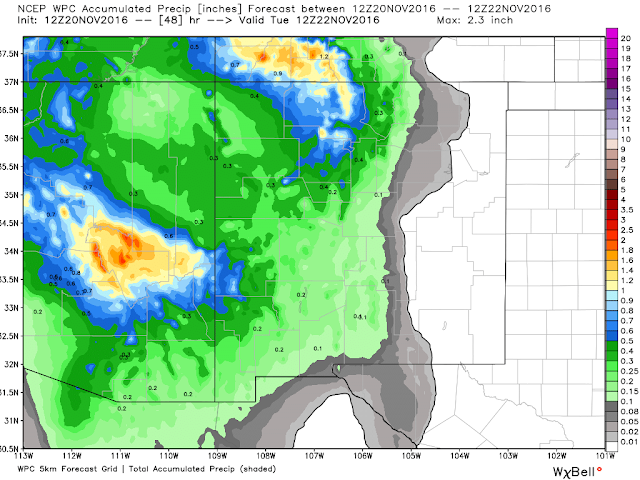 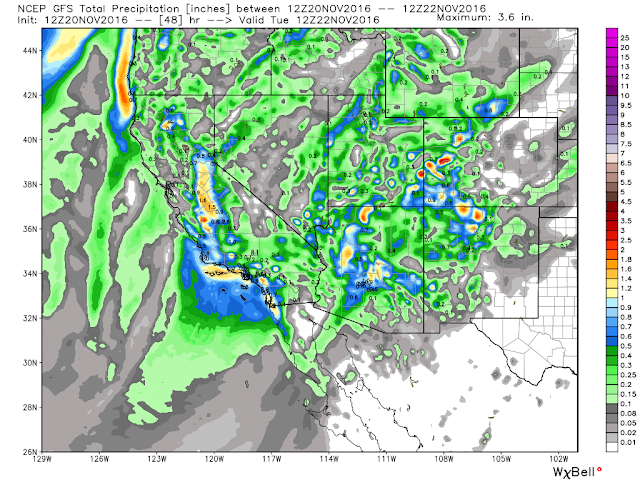 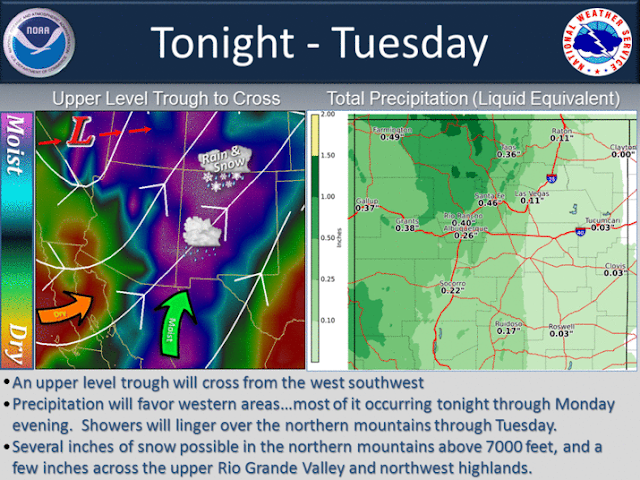 New Mexico's next storm is centered west of San Francisco this morning. This upper level trough of low pressure is forecast to move east and southeast today and into Monday, reaching Northern Arizona late Monday afternoon. It will then swing across New Mexico Monday night into Tuesday.

Scattered rain showers and perhaps an isolated thunderstorm or two will spread across Southern New Mexico tonight into Monday night. Small hail will be possible with a few of the stronger thunderstorms.

A slight chance for a few light rain showers across the Southeastern New Mexico will occur Monday into Monday evening. Our afternoon high temperatures will be near 70 to the low 70's today into Tuesday. A Pacific cold front will move from west to east across the area on Tuesday dropping our high temps about 10-degrees Wednesday and Thursday. 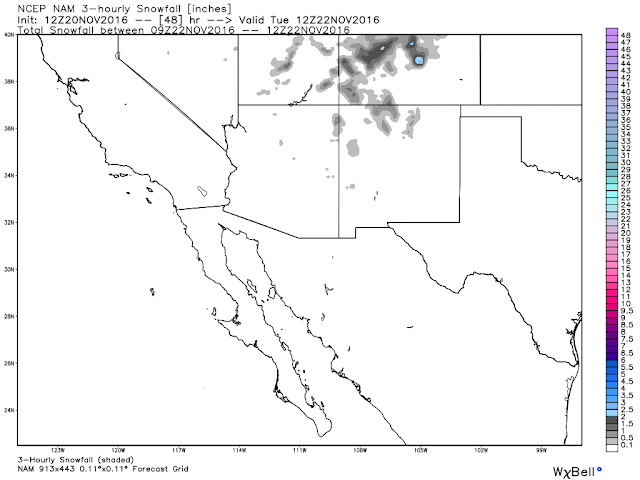 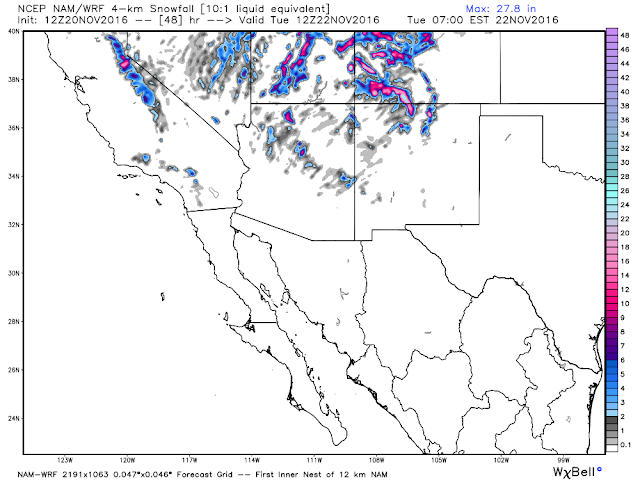 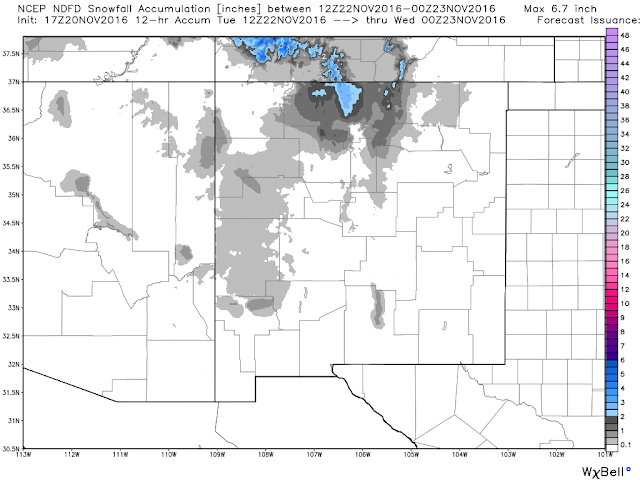 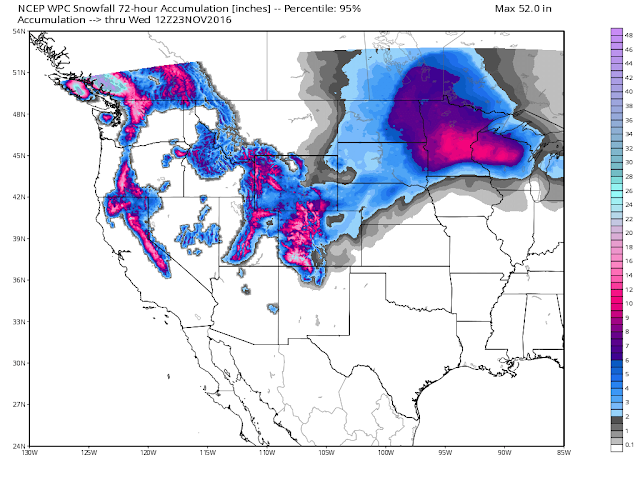 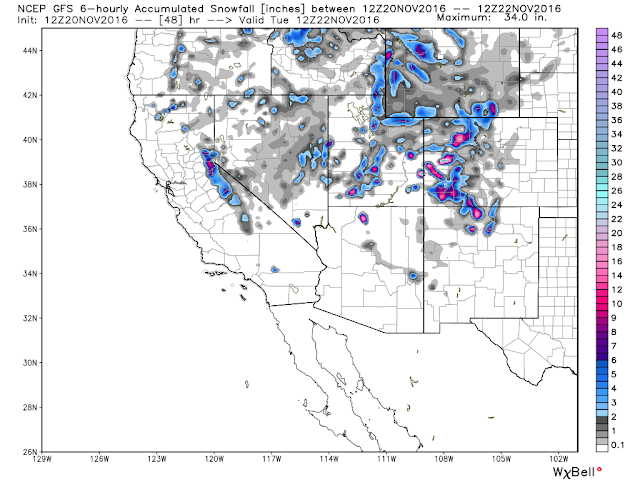 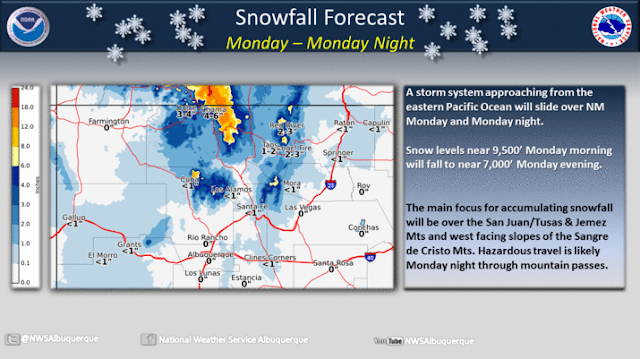 The heaviest snows are forecast to fall near the New Mexico and Colorado state line. 8" to 10" currently look possible in the highest elevations around the Chama area. The Sacrament Mountains are currently forecast to see a rain and snow mix on Monday with all snow by Monday night. Current forecasts indicate an inch or less. I suspect that the higher elevations of the Sacramento and Capitan Mountains above 9,000' may pick up more than this though. 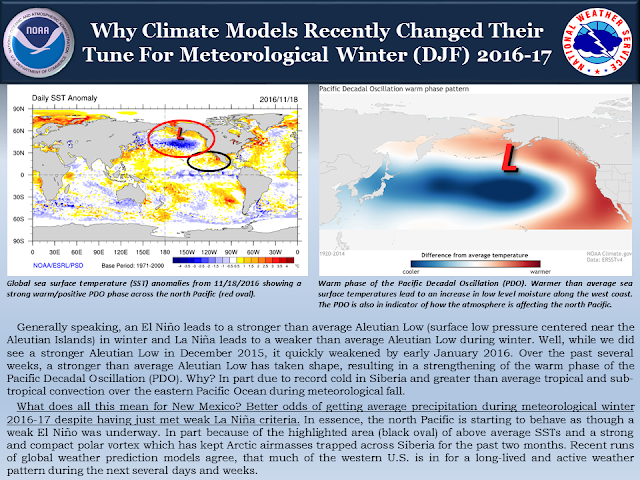