Monday Was Hot As Will Be Today. 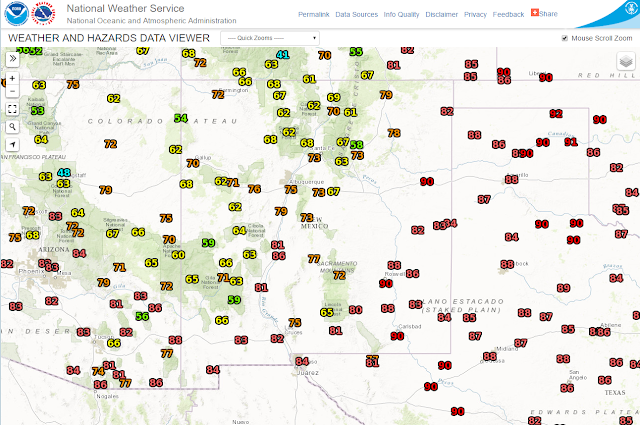 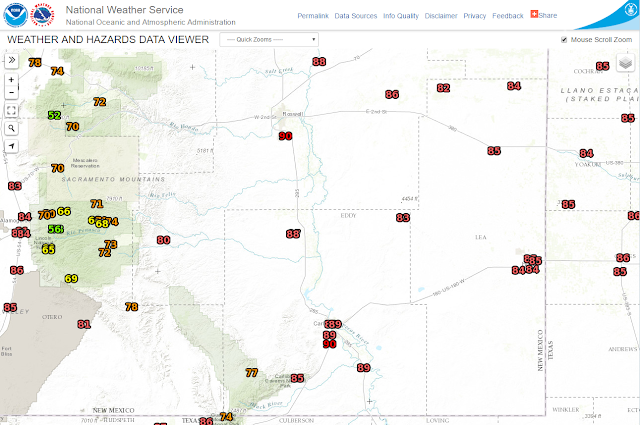 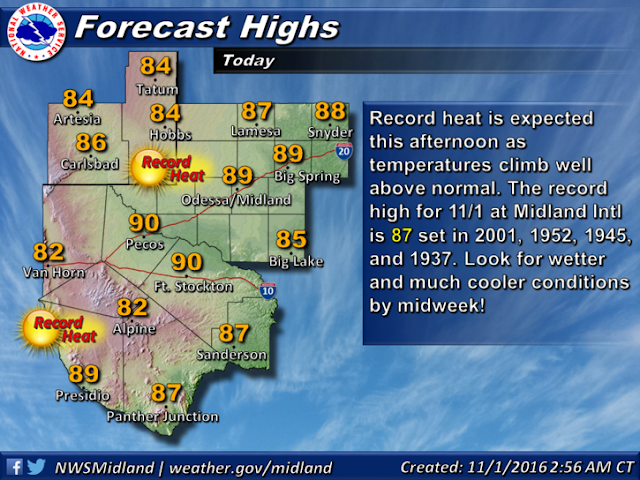 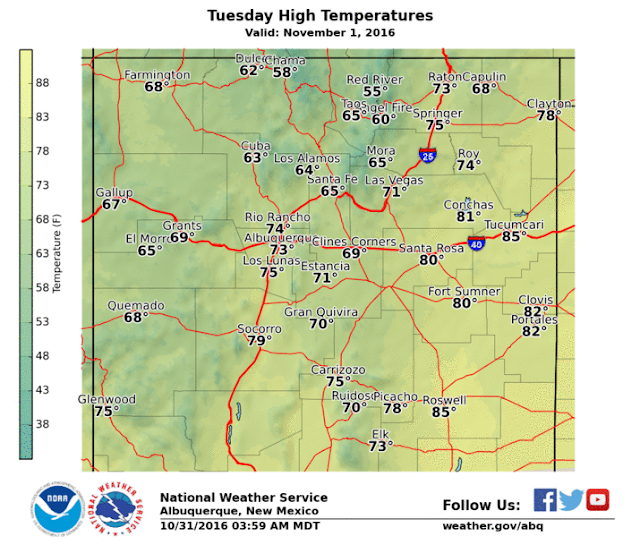 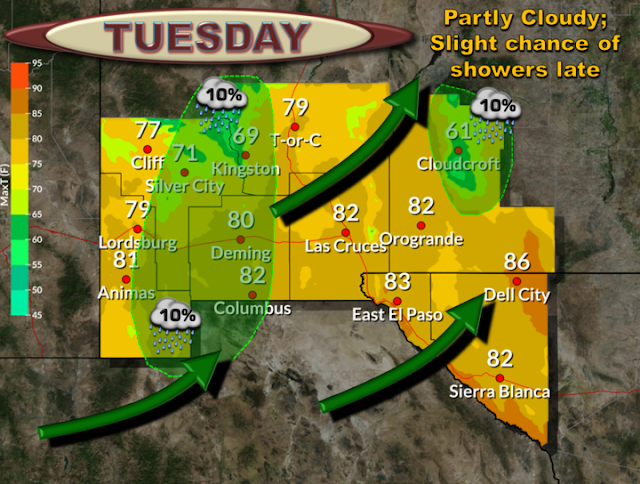 Our current stretch of dry and unusually warm temperatures will last one more day before a cool down commences Thursday into the weekend. 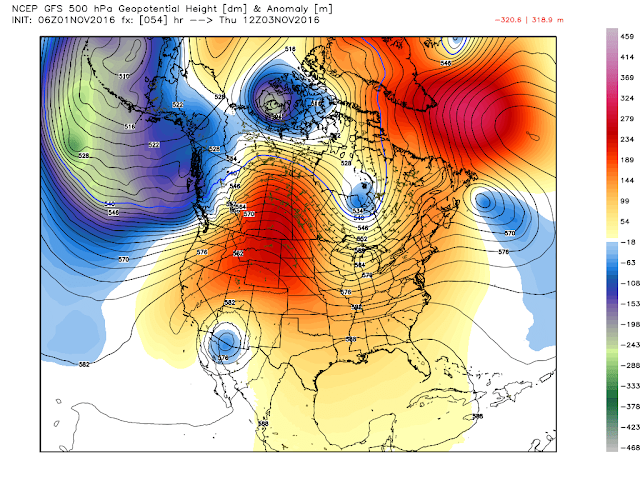 An upper level trough of low pressure will swing across Arizona today into tonight. By tonight a piece of that trough will begin to dig southward into western and southern Arizona and close off, eventually forming a cutoff upper level low. This low will slowly pull northeastward and out of the Four Corners Region by Sunday. 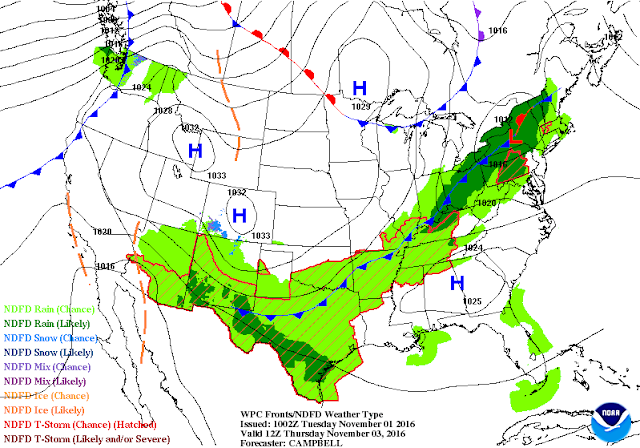 Meanwhile the upper level trough will kick a backdoor cold front south and into southeastern New Mexico Wednesday night into early Thursday morning. Low level upslope flow will be on the increase behind the frontal passage as mid and upper level moisture increases from the southwest.

Scattered rain showers and thunderstorms are forecast to break out over the area Wednesday into Thursday. A few of these may be on the strong side producing heavy rain, hail, and strong winds.

Our chances for rain some of which may be heavy will increase and continue Wednesday into Sunday. Widespread moderate to heavy rainfall amounts look possible. Some of the computer forecast models are hinting that our storm total rainfall amounts from Wednesday into Sunday will be in the 1" to 3" range. And if the European (ECMWF) is to be believed some locals may see 3" to 6".  Remember that these rainfall totals would be near record values for the entire month of November so its a little hard for me to believe this. But then again mother nature loves making a liar out of me. 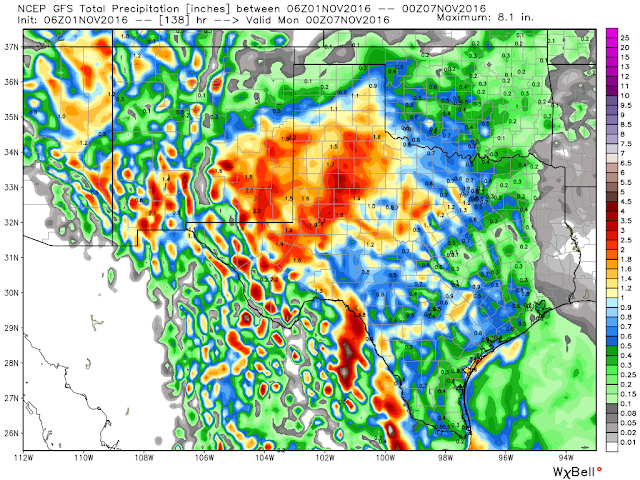 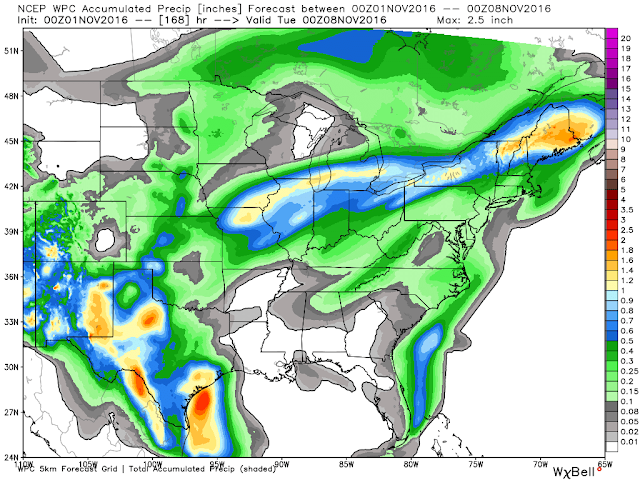 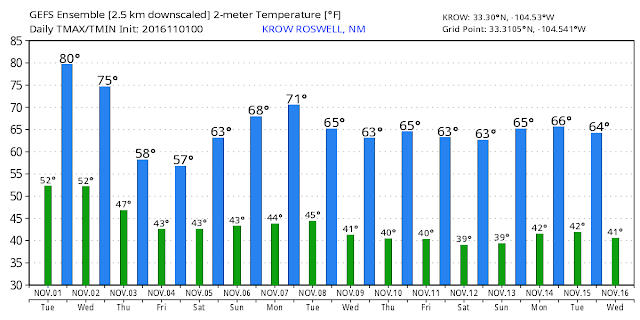 As I've mentioned several times recently southeastern New Mexico and parts of southern New Mexico and West Texas would normally be experiencing our first freeze of the season by now. Not to be so this year except for the higher elevations of the mountains. October ended up being warmer and drier than normal over New Mexico and nearby areas. This trend may be about to change.

Looking way down the road it appears that a change is coming around the second week of November. The European (ECMWF) model is hinting at a significant outbreak of cold weather around the 12th and beyond into the end of the month for much of the nation.Remember the really cold airmass for October standards anyway that has been bottled up across most of the northern European and Asian Continent? It appears that some of this cold air will finally make a move eastward and into Canada and the U.S. from the middle of the month into the end of the month.

The Truth Is Stranger Than Fiction!
on November 01, 2016
Posted by Wendell Malone