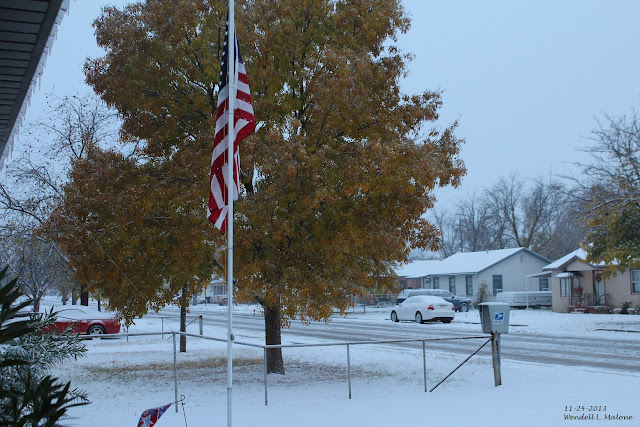 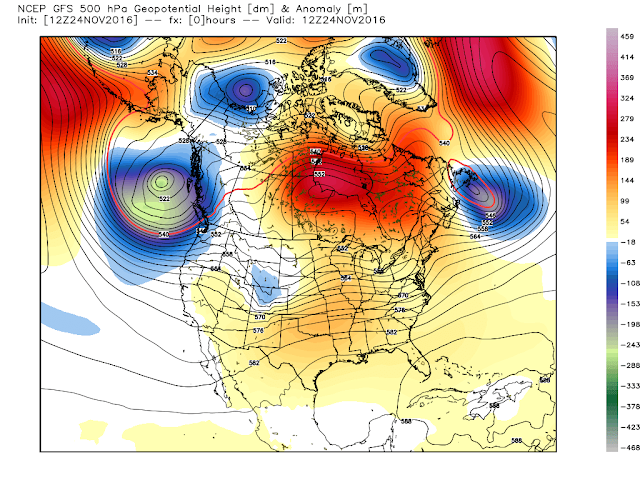 Off we go with a slow but steady progression into more winter-like conditions across not only New Mexico but over most of the western one third of the nation. A series of winter storms will dive out of the Gulf of Alaska and into the Western US today into the next couple of weeks. Our next winter storm that will impact the state is currently located northwest of the Pacific Northwest and will drop southward and will be located just off shore of northern California by late Saturday night. by Each additional one of these storms will contribute to the growing snowpack across the country. 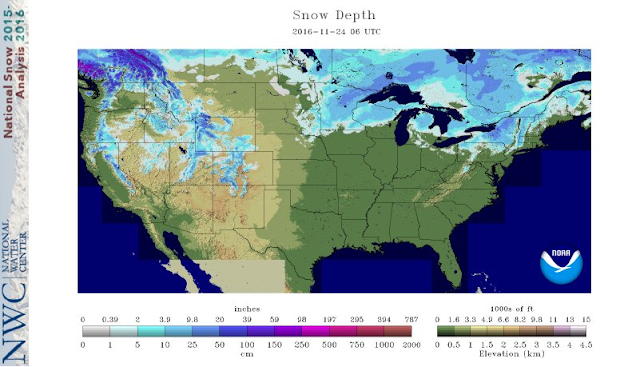 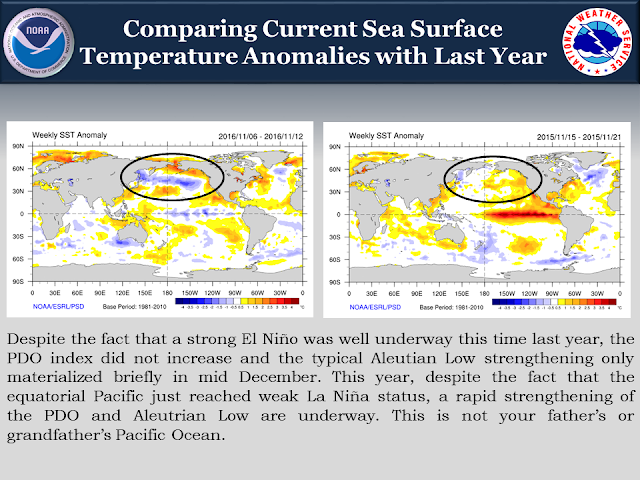 Changes In The Pacific Ocean Water Temps Will Help Change Our Weather. 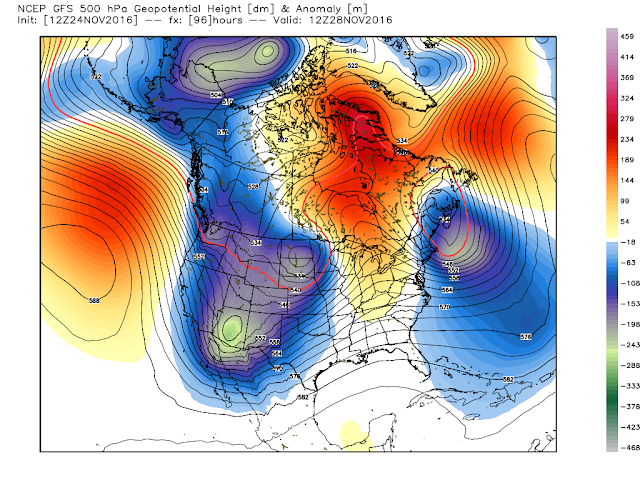 By sunrise Monday morning the GFS computer forecast model has a developing closed low centered near Flagstaff, Arizona. This is a radical change in forecast location of the storm versus last night's European (ECMWF) model forecast which placed the center of the closed low (500 MB) over eastern South Dakota, with a secondary lobe near Las Cruces, New Mexico. 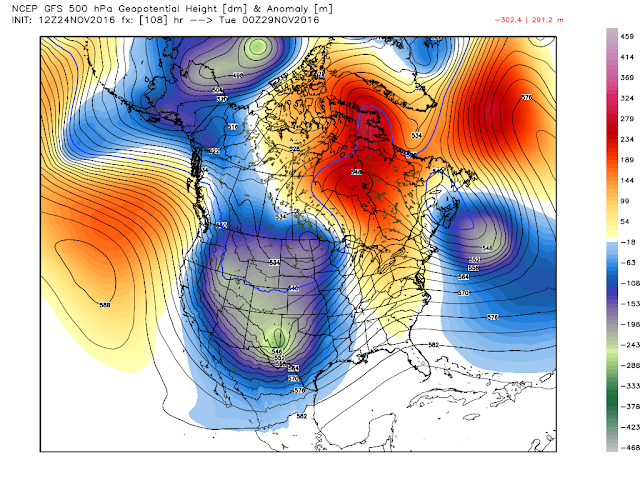 This mornings 12Z/5 AM MST run of the GFS model picks up on this "splitting" of the storm by sunset Monday. I suspect that both models are struggling with the eventual location and track of the storm which will have potential huge impacts upon New Mexico's weather late this weekend into early next week. 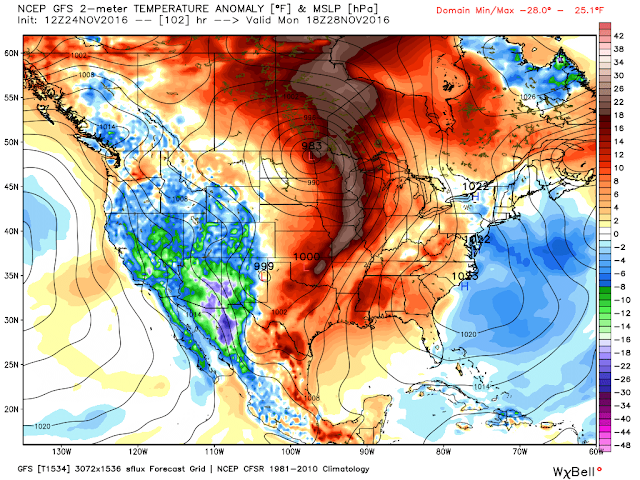 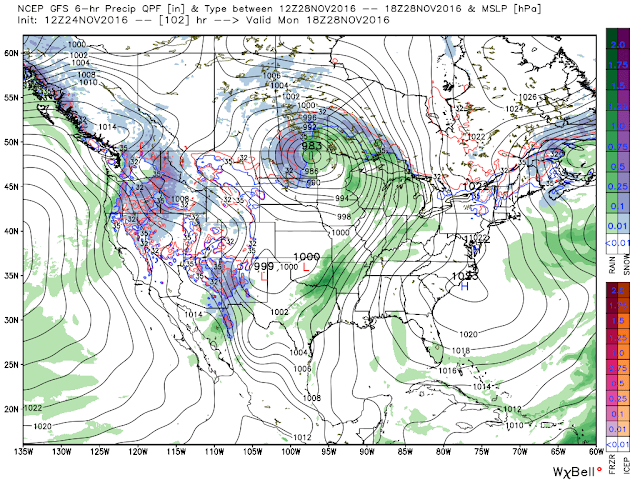 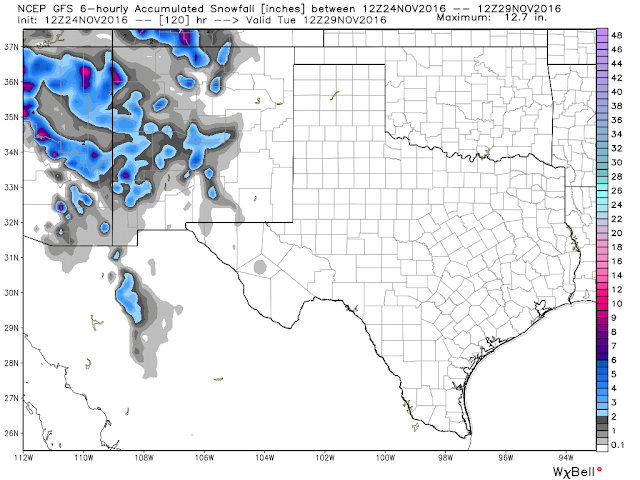 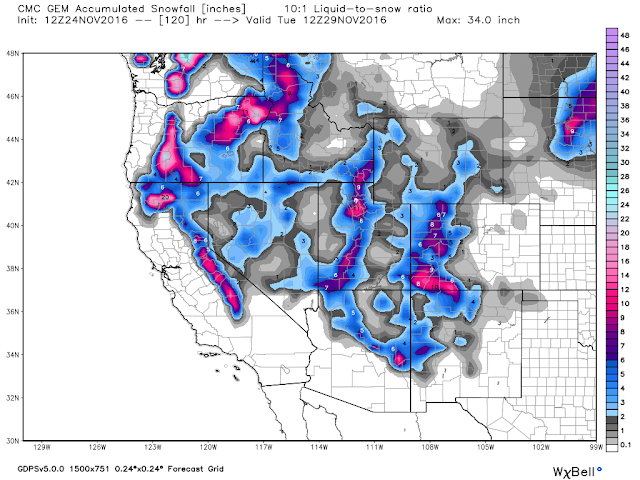 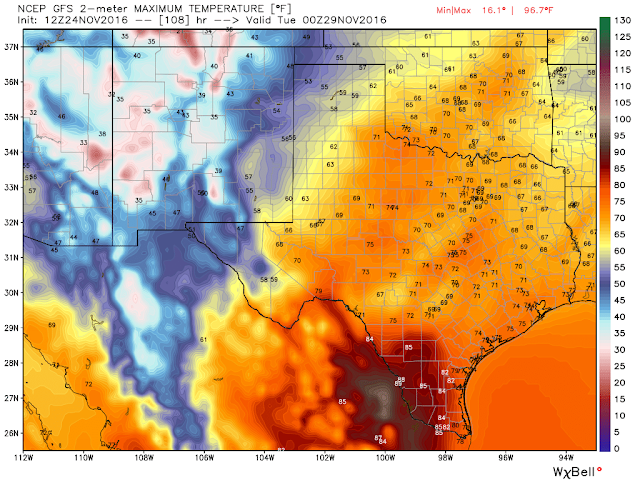 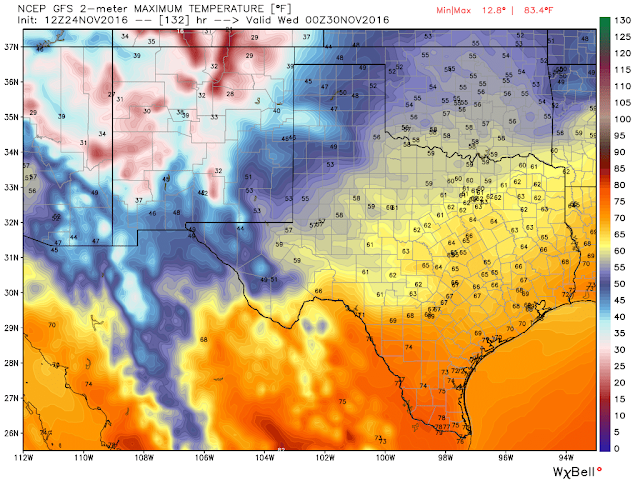 A lot of uncertainty concerning our next winter storm to affect the state beginning late this weekend and continuing into early next week. As is always the case just how far south the upper level storm will drop will be a big factor in how much falls over the area and when and where. For now the general idea is for colder and stormier weather with the potential for pars of the state especially the mountains to see some decent snowfall early next week. 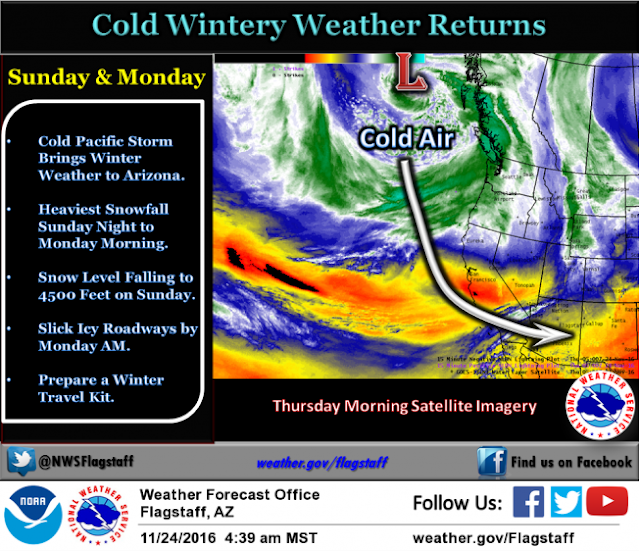 The Truth Is Stranger Than Fiction!
on November 24, 2016
Posted by Wendell Malone