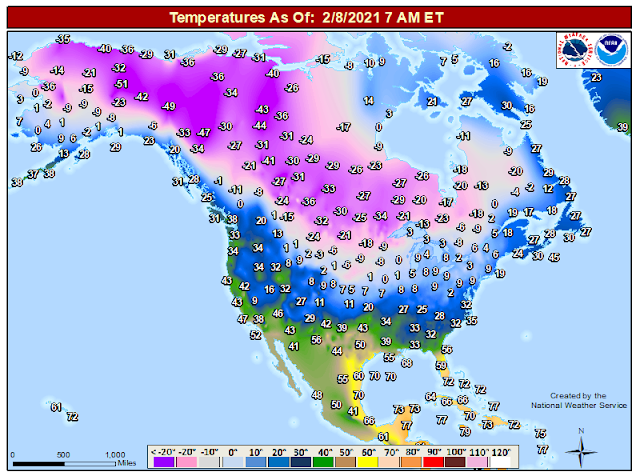 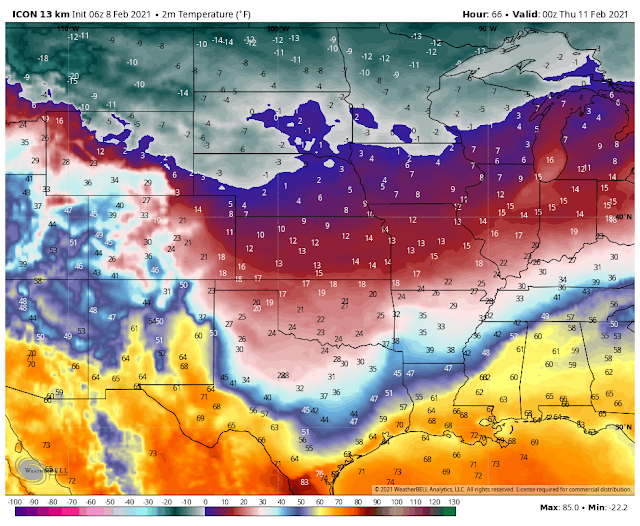 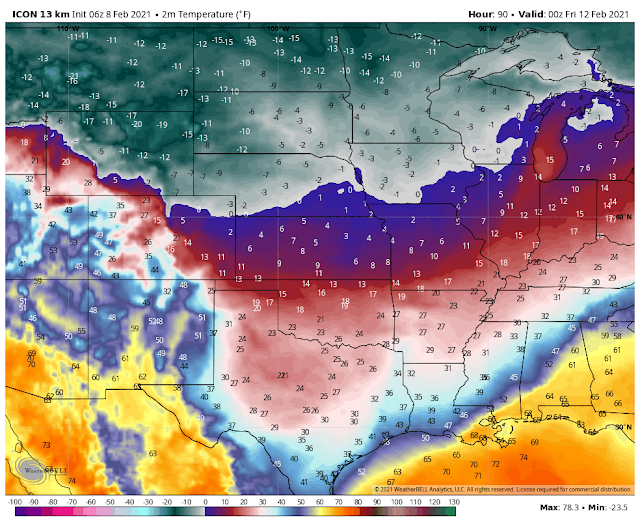 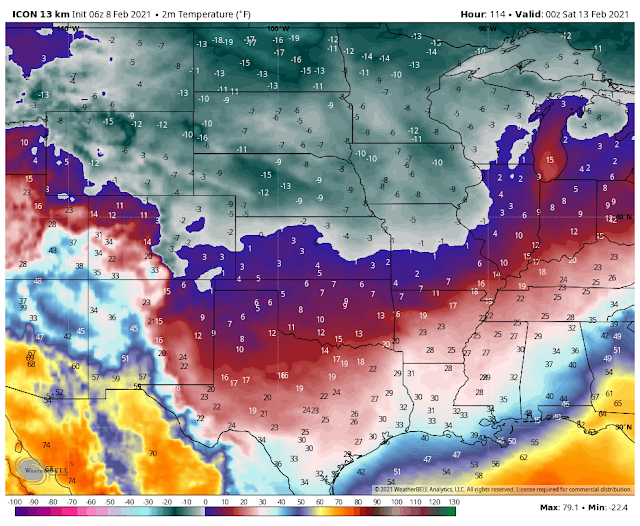 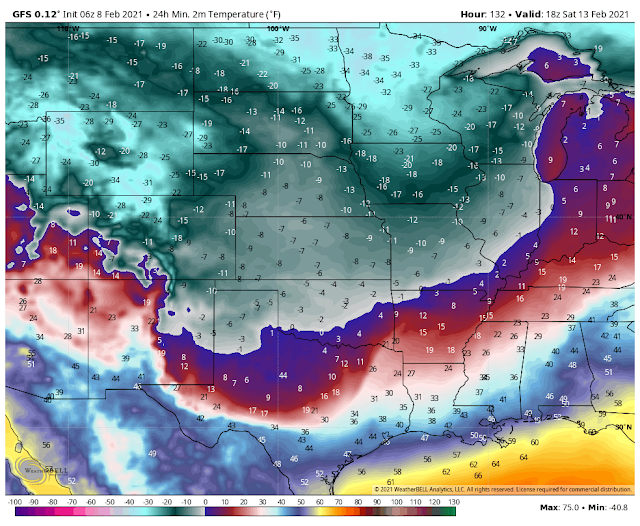 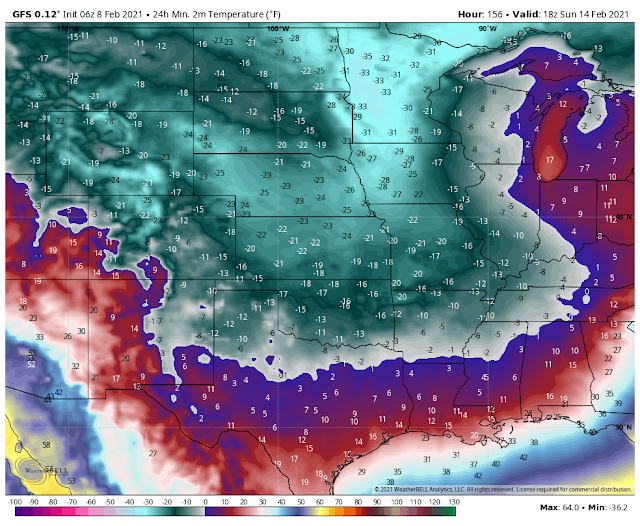 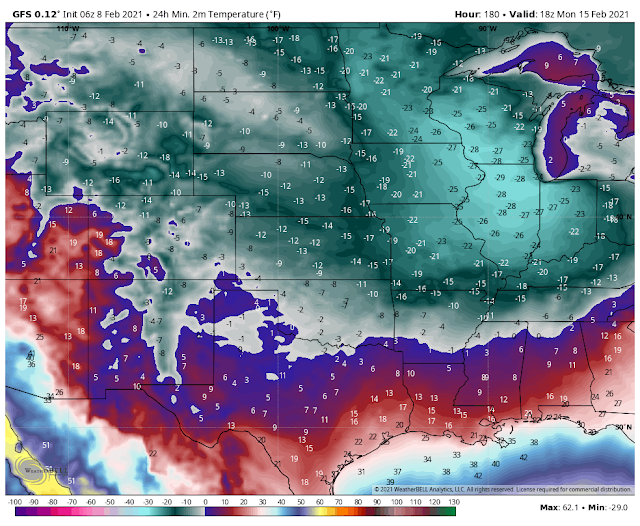 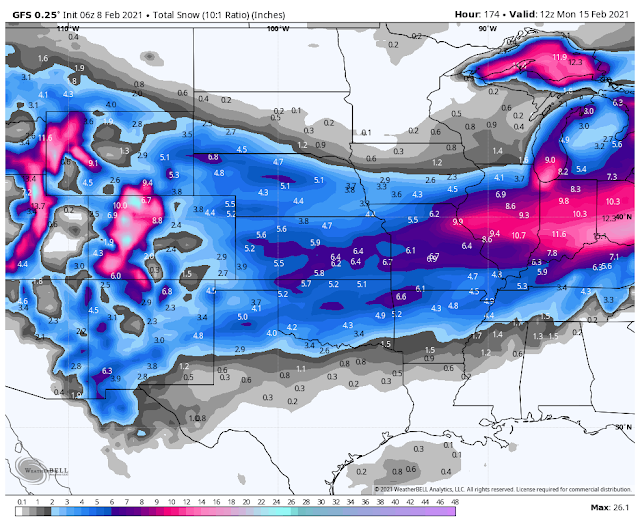 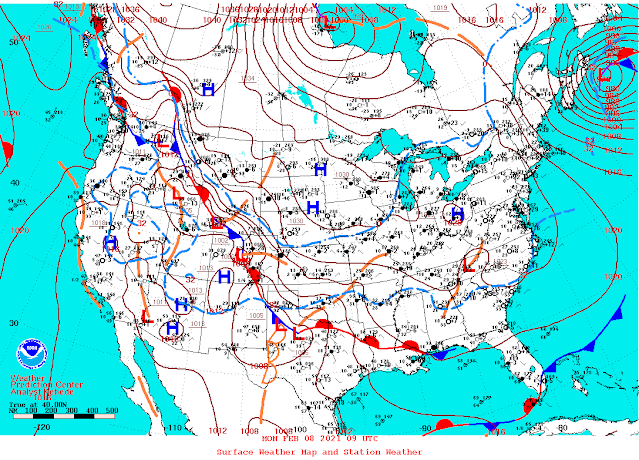 Timing Of The Arrival Of The Arctic Cold Front?
Very early this morning the arctic frontal boundary had nudged into far northeastern New Mexico and the Texas Panhandle. It is forecast to remain basically in the same areas for the next couple of days. At times it may wobble south and west then retreat back to the north and east.
Current thinking is that the arctic cold front won't arrive in Southeastern New Mexico and nearby West Texas until Wednesday night or Thursday. This however is subject to change. If it arrives earlier than this then we temperatures will fall sooner. If not then we stay warmer longer.
I chose last night's run of the ICON model to show the timing of the arrival of the arctic cold front (images above). It still appears that the coldest and strongest surge of the brutally cold arctic air will not arrive until the Friday or Saturday time frame. That too is subject to possibly change.
The computer forecast models have come a little better into agreement with themselves and each other. But they still have huge differences concerning the timing and the strength of the arctic air mass set to invade the area this week. There remains the possibility that by Friday into next weekend we may not see our local high temperatures get out of the teens and 20's with lows possibly as cold as the single digits and in some places below zero.
We may be looking at subfreezing temperatures from at least by Friday (if not sooner) into the next week.
Local area temperatures could undergo some wild swings this week depending upon the location and arrival of the arctic cold front. Temperatures west and south of the boundary will range from the 60's to near 80. North and east of the boundary they will range from the 20's and 30's in the day to near zero and the teens at night. This will highly dependant upon the exact location of the frontal bounday today through Thursday. After that bitterly cold arctic air should overspread all of the local area into at least the next weekend.
Snow will be in our forecast also but how much and when is still in doubt.
This upcoming invasion of brutally cold arctic air still has the potential to be historic locally. The potential for significant impacts on the areas Oil and Gas Industry is a concern as well as the impacts on local livestock and other animals. This air mass still looks like it will be the coldest our the winter and possibly the coldest since February 2011.
I'll keep you updated throughout the week.
The Truth Is Stranger Than Fiction!
at Monday, February 08, 2021