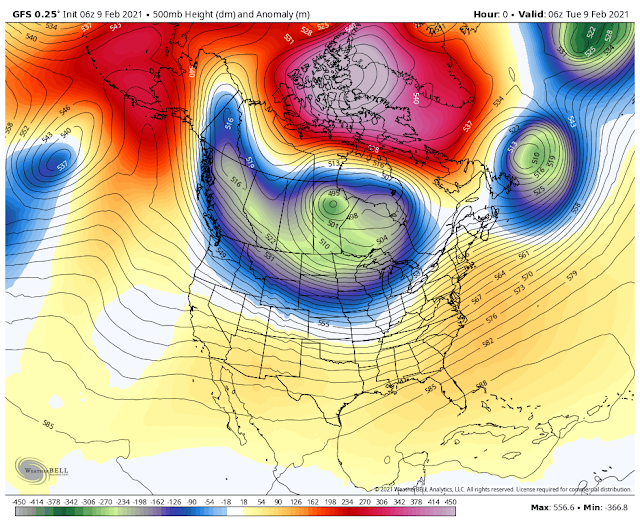 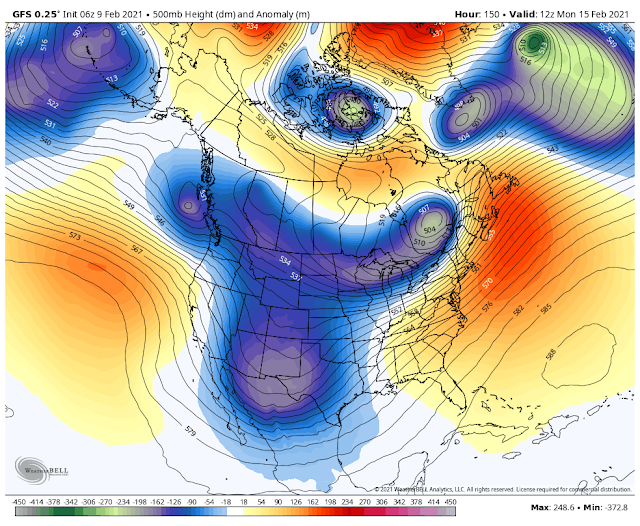 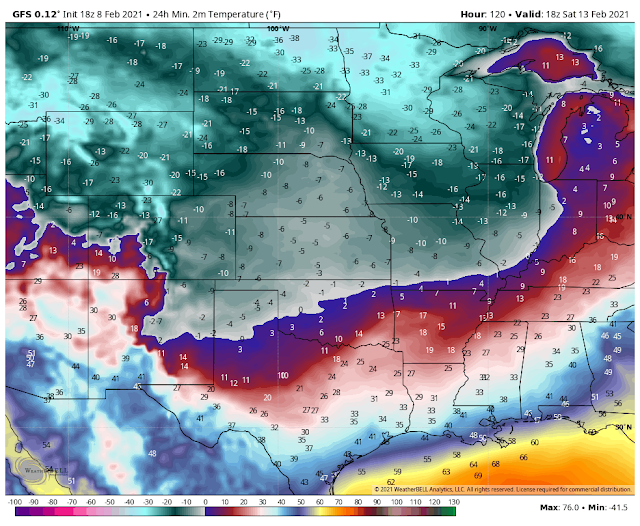 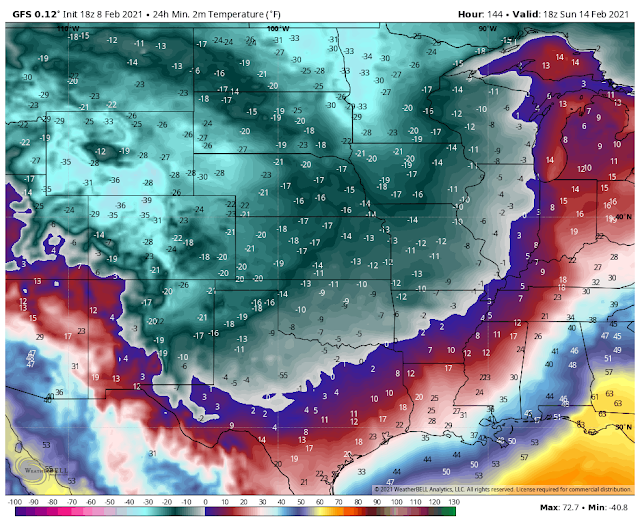 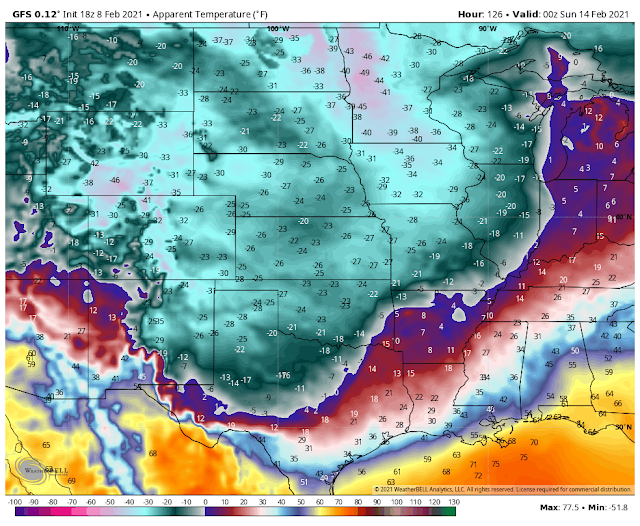 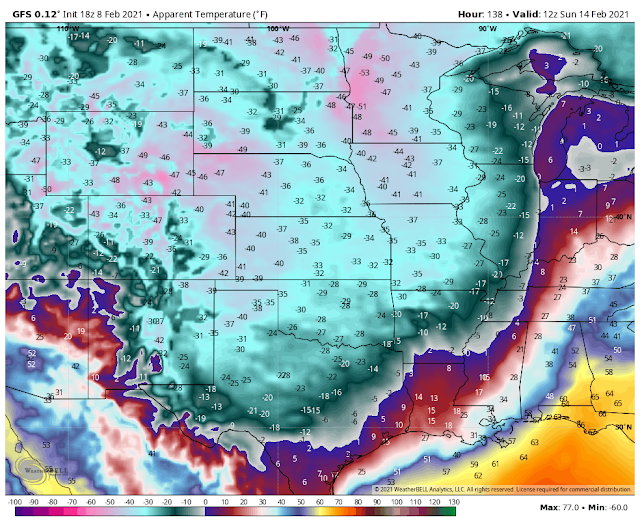 Valid Sunday At 5 AM MST. 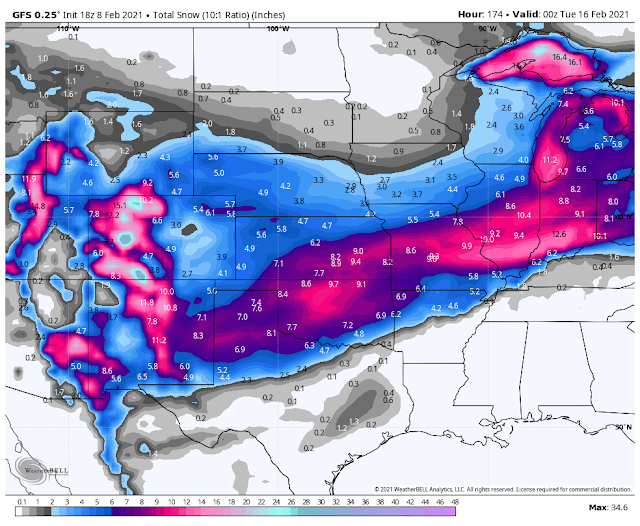 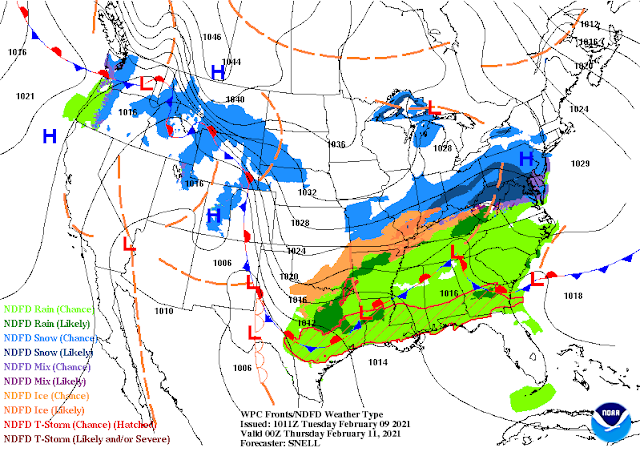 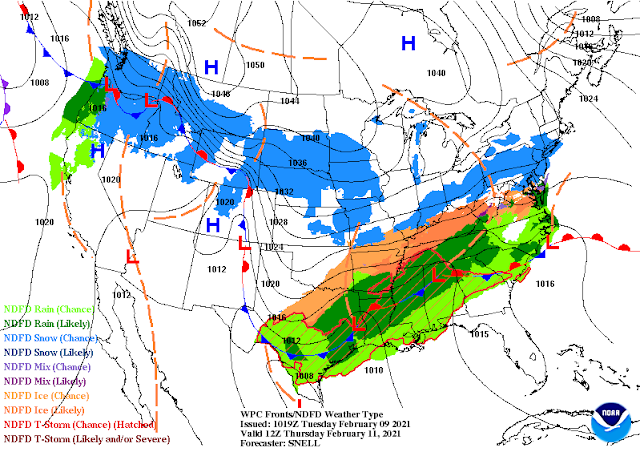 Blizzard Conditions Possible For Parts Of NM.
A complex surface and upper air pattern will combine to set the stage for the coldest temperatures experienced in our area since February 2011. Record low daily high temperatures and record overnight low temperatures will be possible in many areas from Friday night through at least next Tuesday morning. Blizzard conditions may develop over portions of New Mexico this weekend.
A mid-upper level trough of low pressure is forecast to break off from the polar vortex which should be centered near the U.S. and Canadian border near North Dakota this weekend. This trough of low pressure is then forecast to dive southward and cutoff or form a closed low over southern Arizona and northern Mexico this weekend. Then slide south of New Mexico or over southern New Mexico Sunday into Monday.
A brutally cold arctic cold front is still forecast to backdoor into Southeastern New Mexico and parts of West Texas Wednesday night into Thursday. Very cold arctic air will then slowly begin to settle in over the local area into the weekend with the coldest temperatures forecast to occur Saturday into Tuesday.
Once again the computer forecast models have jumped all over the place with their timing of the arrival of the arctic air and just how cold it will get. I chose Monday's 11 AM MST run of the GFS model to depict the potential for record cold across the area this weekend. I am not 100% convinced (yet) that this model forecast is right and it will get this cold.

What I am certain of is that we will see the coldest weather since February 2011 area-wide. The GFS model forecast that I chose (above) represents the worst-case scenario. Again it may not get this cold but then again the possibility is not completely out of the realm of being realistic. Local temperatures will drop down below freezing during the Thursday through Tuesday time frame. Low temperatures Saturday, Sunday, and Monday easily could drop down to zero or below. Wind chill values from Friday into Monday will range from zero to possibly as low as -35ºF in some areas.
Snow is forecast to become widespread across New Mexico and nearby areas this weekend with the potential for Blizzard conditions this weekend over parts of the state. Heavy snow, blowing and drifting snow, and blizzard conditions will impact travel across parts of the state this weekend.
More later as the situation unfolds and the forecasts become better defined.
The Truth Is Stranger Than Fiction!
at Tuesday, February 09, 2021