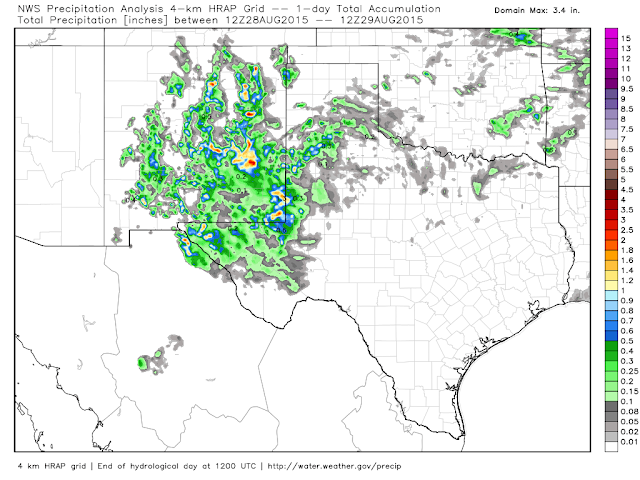 24-Hour Estimated Rainfall Totals.
As Of 6 AM MDT This Morning.

Thunderstorms erupted once again over eastern and southeastern New Mexico yesterday afternoon. Some of these continued well into the night as they moved southward dissipating just before sunrise. Some decent rainfall totals were noted in several locations but Artesia and Carlsbad got left out again. 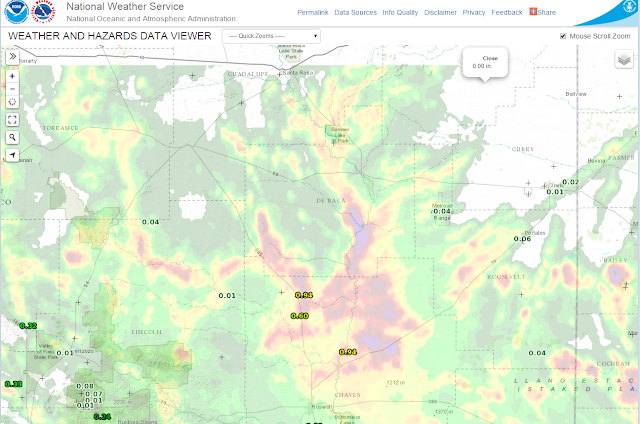 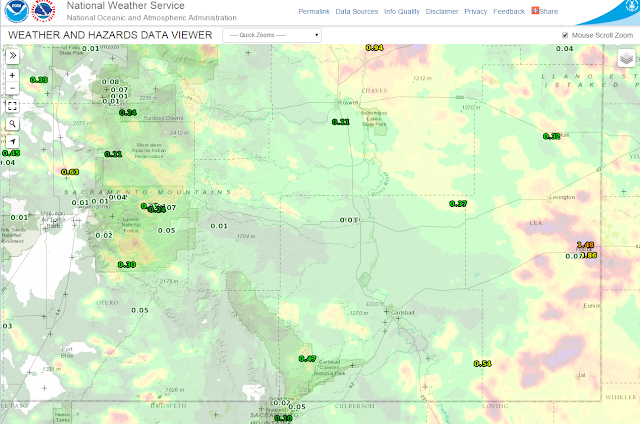 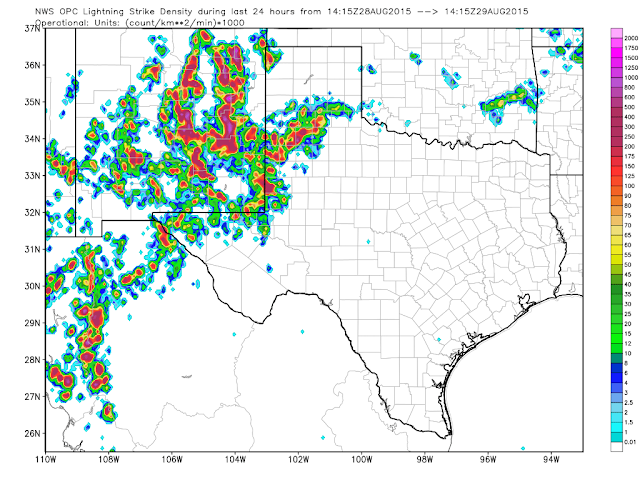 24-Hour Lightning Strike Density.
Notice the hole or lack of activity from just south of Roswell to near Carlsbad. 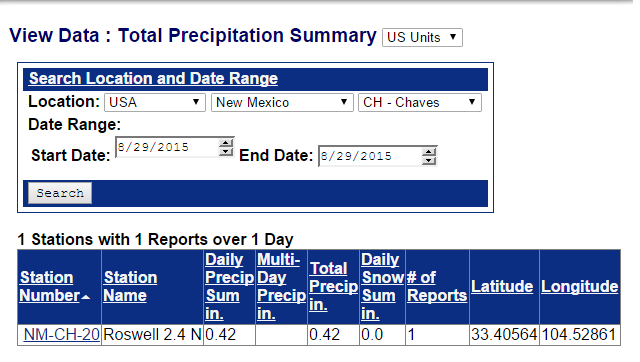 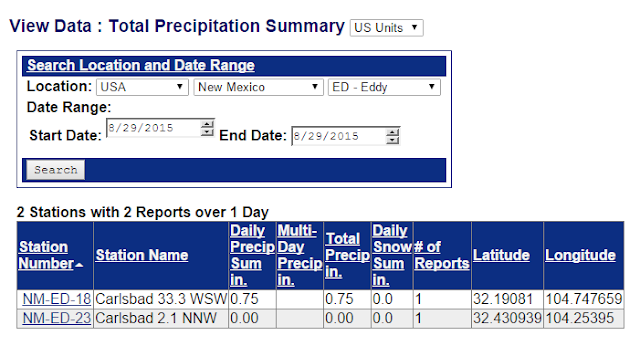 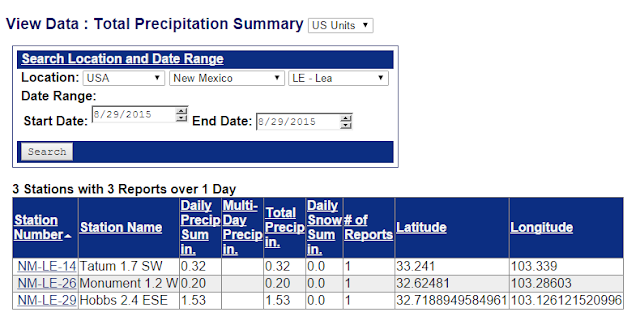 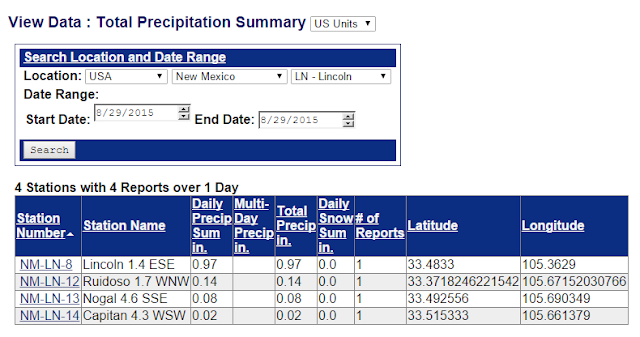 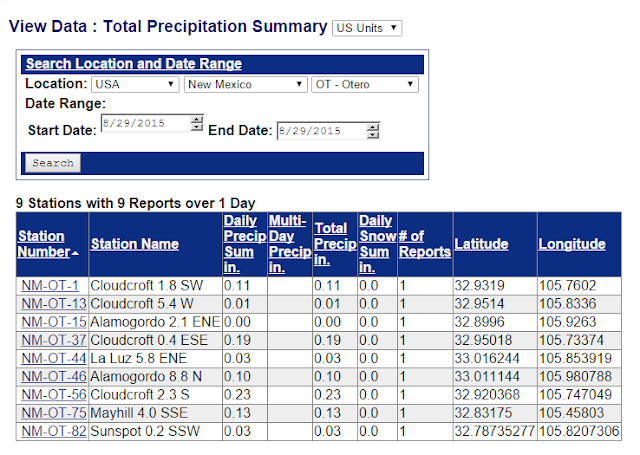 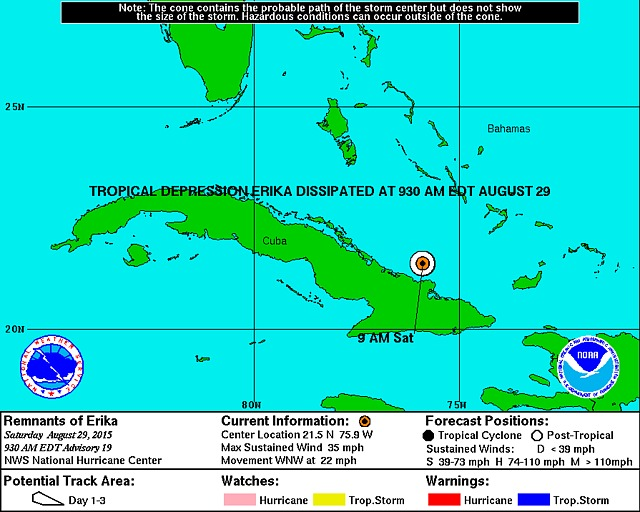 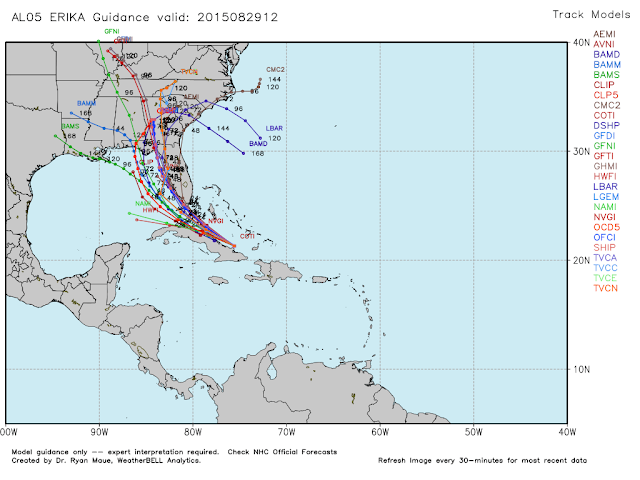 Potential Forecast Tracks Of Erika If She Can Regenerate?

The Truth Is Stranger Than Fiction!
on August 29, 2015
Posted by Wendell Malone