A Light Freeze This Morning - Another One Monday Morning. 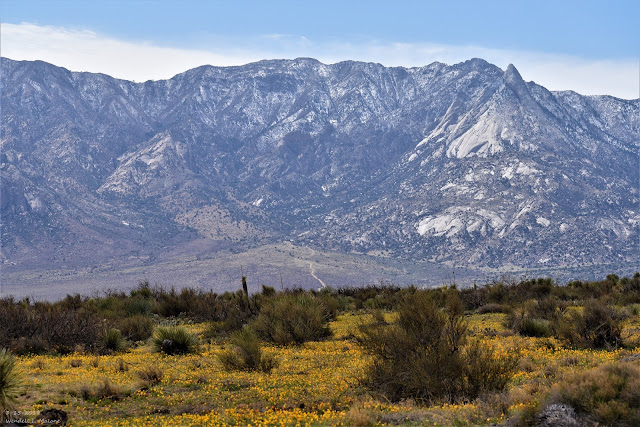 A Light Freeze This Morning.

RTMA Temperatures At 7 AM MDT This Morning. 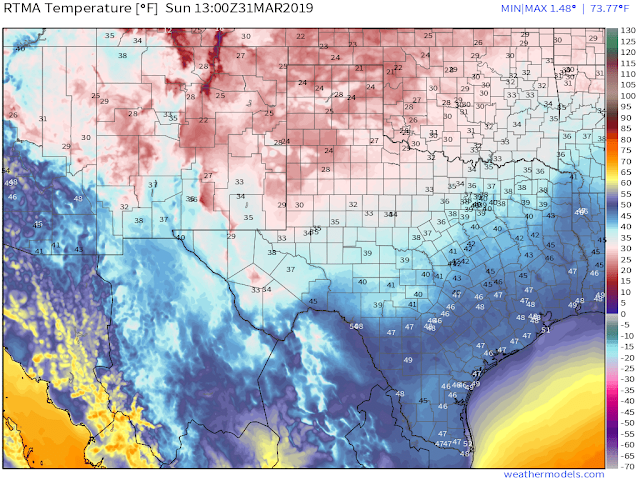 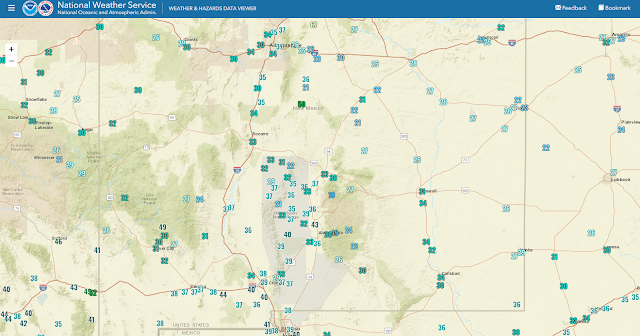 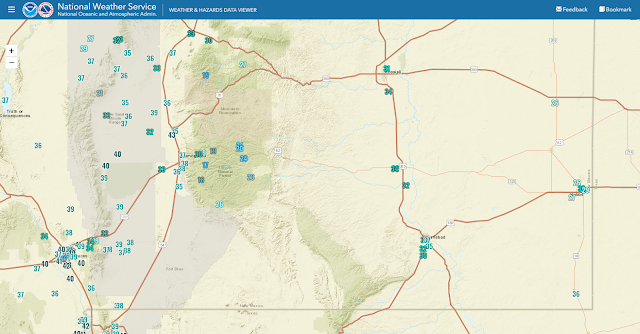 Most of the local area experienced a light freeze this Sunday Monday and will do so again Monday morning. The coldest low temperatures observed this morning were noted in the higher valleys of the Sacramento Mountains where readings in the teens were recorded.

Typically the Pecos Valley of Southeastern New Mexico on average experiences its last freeze of the spring during the first week of April. 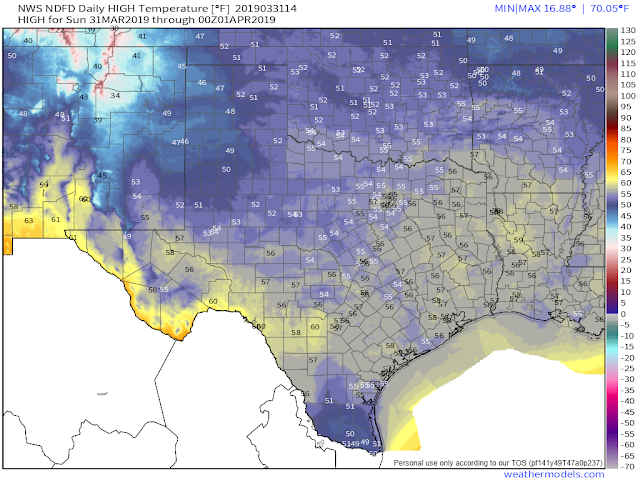 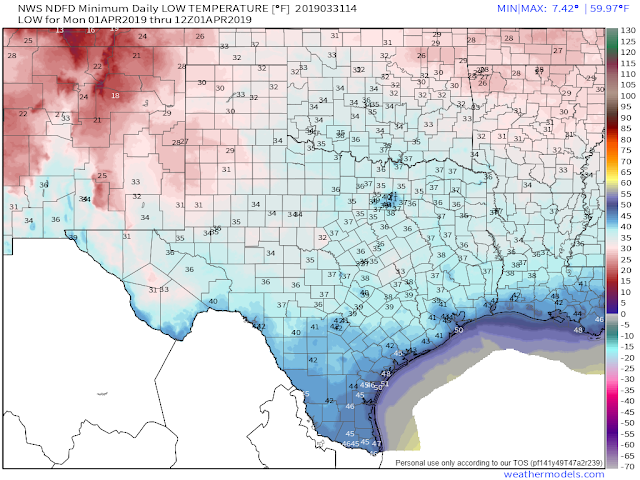 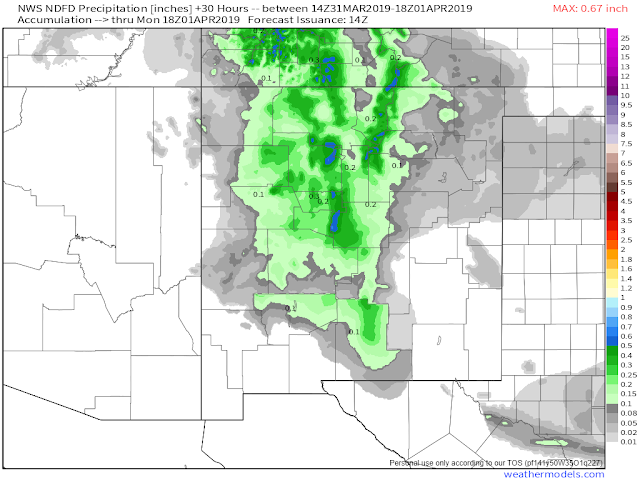 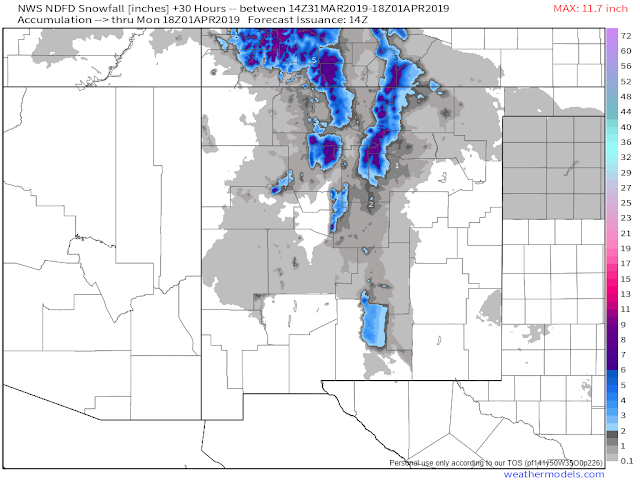 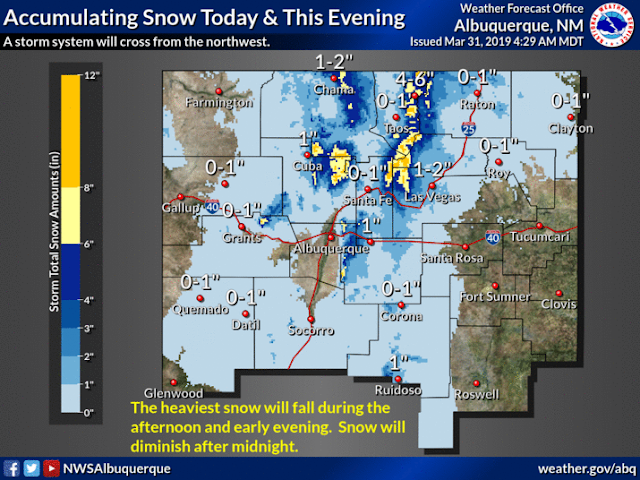 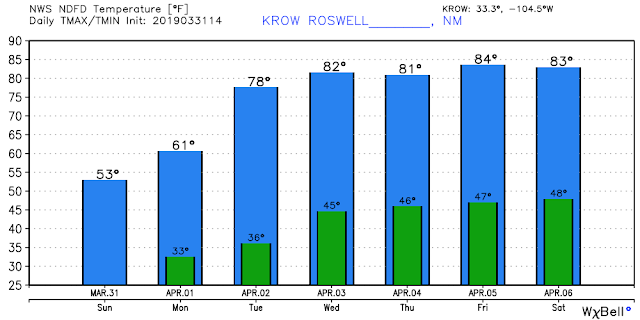 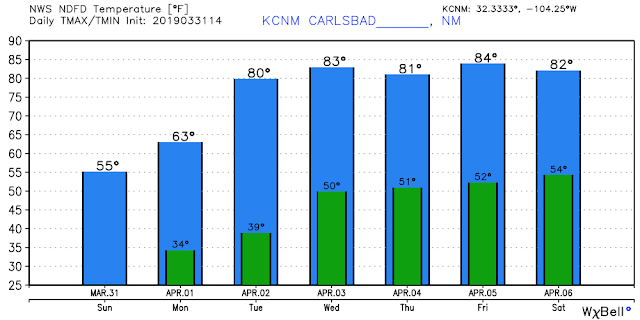 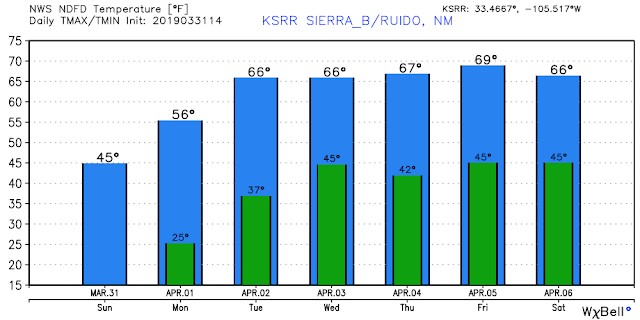 After a chilly start to the upcoming work week on Monday we quickly rebound temperature-wise climbing back up into the upper 70's to near 80 by Tuesday. The rest of the week looks uneventful.

The Truth Is Stranger Than Fiction - And Sometimes It Hurts!
at Sunday, March 31, 2019