Much Cooler Today Along With Severe Thunderstorms. 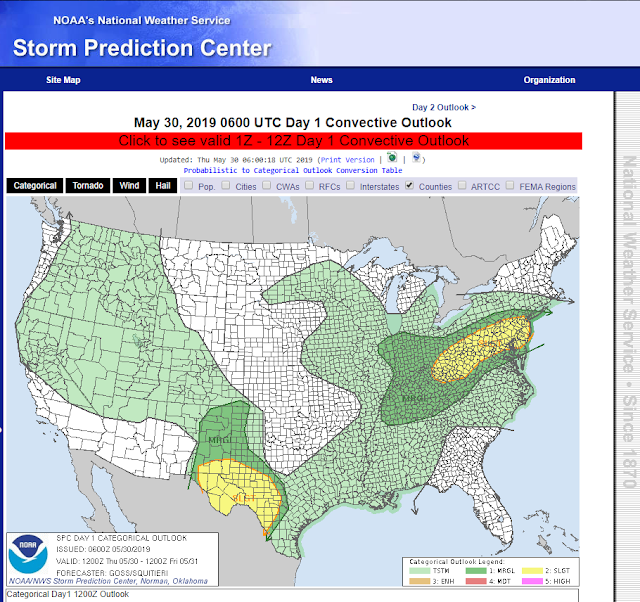 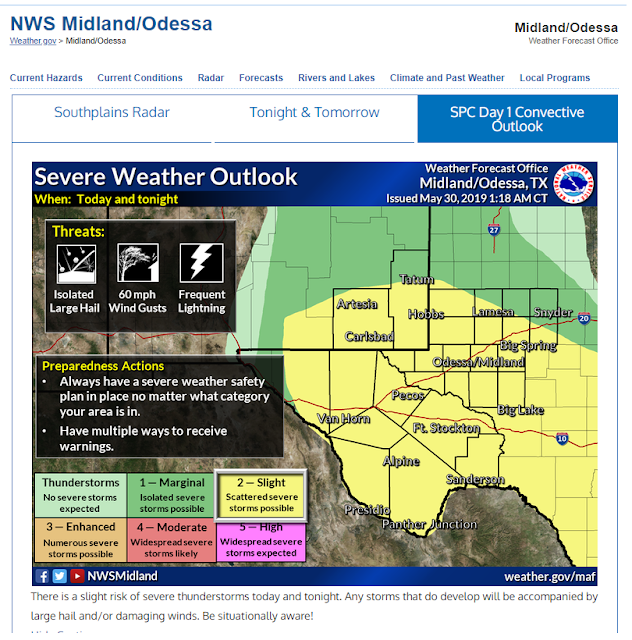 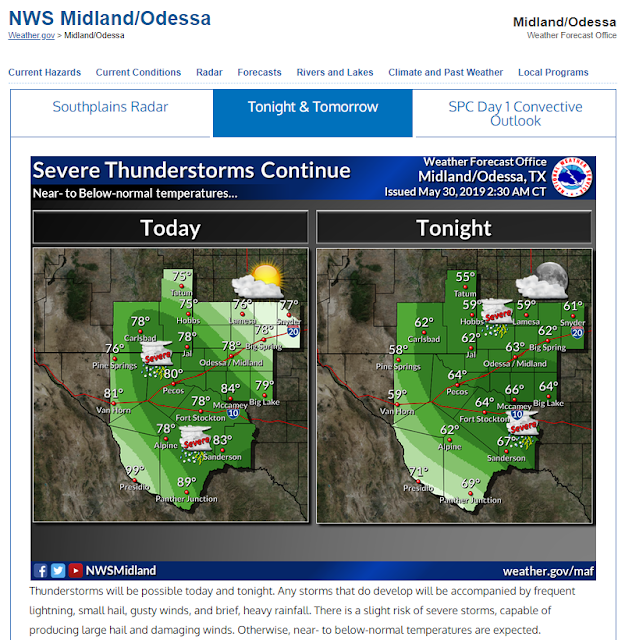 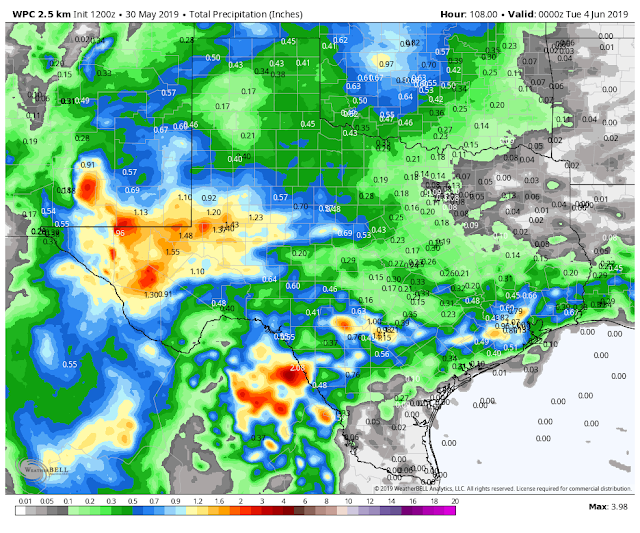 Latest Outlook From The Storm Prediction Center.
(Issued At 6:55 AM MDT).

Initially, isolated strong to severe thunderstorms will be possible
this morning across the Edwards Plateau near the Rio Grande. Hail is
the most probable hazard. Otherwise, a front will continue to settle
southward today across much of south/southwest Texas, with
increasingly moist (albeit modestly so) low-level upslope
trajectories gradually increasing across southwest Texas/southeast
New Mexico, northward toward the Raton Mesa vicinity. Aside from
evolving upslope/orographic lift, forcing for ascent will increase
through peak heating with a northeastward-moving weak shortwave
trough/modest speed max crossing New Mexico.

The greatest combination of deep-layer shear and moderate/strong
instability will exist from far southeast New Mexico across the
Transpecos to Big Bend vicinity of southwest Texas, with supercells
capable of large hail (perhaps locally significant) and perhaps some
tornado risk most probable within this corridor. Other more isolated
severe storms will be possible as far north as the Raton Mesa
vicinity/southeast Colorado.

The increase of a southeasterly low-level jet this evening may allow
for a general east/southeastward propagation this evening, possibly
with upscale growth into one or more gradually accelerating
clusters. This would increase the potential for locally damaging
winds aside from hail, mainly across southwest Texas and the Rio
Grande vicinity.

So far this has been one wild spring. Numerous severe weather events have affected the area with the most activity having occurred along and east of the NM/TX State line. This past holiday weekend saw several rounds of severe thunderstorms most notably in New Mexico this past weekend. Tornadoes were reported northeast of Roswell, south of Portales, near Dora, Logan, and Clayton. Hobbs was hit with 2" diameter hail (lime or hen egg size) while golf ball size hail was reported in Jal.

We are not done yet. For those of you who are hoping for rain its coming but more than likely with a price. Scattered thunderstorms are forecast for the local area today into Friday morning. Some of these will be of the supercell type which will produce large hail, damaging thunderstorm wind gusts in excess of 60 mph, frequent deadly cloud to ground lightning. Locally heavy rainfall and localized flash flooding will also be a concern especially over and near the mountains. This includes Eddy County and nearby areas.

A few tornadoes will also be possible with the supercell thunderstorms that fire along the stationary frontal boundary draped over the region. Tonight we may see a cluster of thunderstorms develop that could persists well into Friday morning. This will pose a damaging wind threat along with a heavy rain and flash flood threat. Storm total rainfall amounts could get up to around 3" maybe higher if training thunderstorms develop.

Thunderstorms are forecast to continue into the upcoming weekend.

The Truth Is Stranger Than Fiction - And Sometimes It Hurts!
at Thursday, May 30, 2019 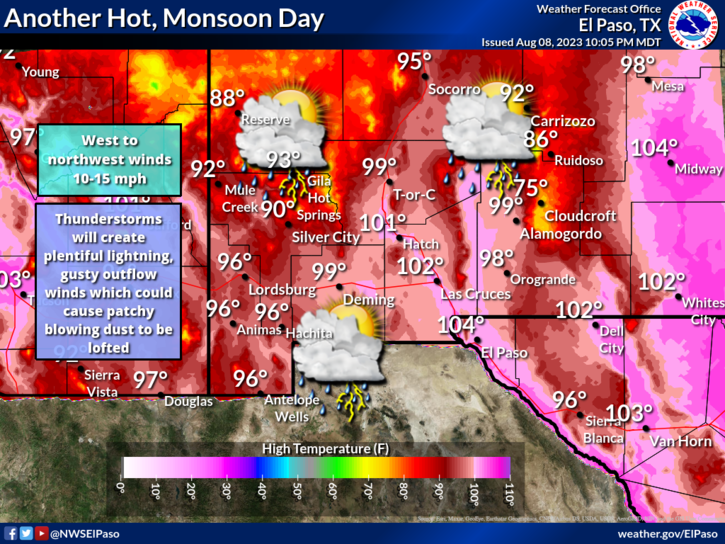