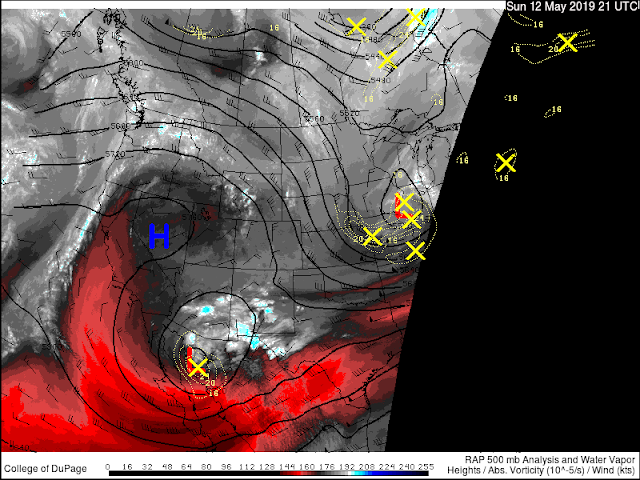 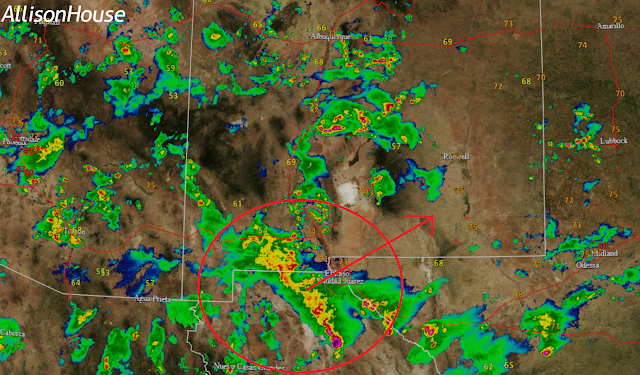 Looking at the water vapor satellite image, the RAP 500 millibar analysis, and the region radar view of the area and you can clearly see the closed mid/upper level low off to our west, south of Tuscon in northwestern Mexico.

This closed low is forecast to move east-northeastward tonight into Monday. By sunrise Monday morning is will be south or southwest of El Paso.

Thunderstorms should start impacting southeastern New Mexico's weather beginning around 9 PM tonight and continuing into Monday afternoon. Some of these may become severe and produce damaging thunderstorm wind gusts in excess of 60 mph and large hail.

Rainfall totals tonight into Monday afternoon across parts of the local area here in Southeastern New Mexico including the Guadalupe and Sacramento mountains could be in the 1" to 3" range. A few isolated spots could possibly see higher totals than this.

Thus the threat for flash flooding will be going up tonight into Monday. More so across areas to our east and south Monday night as the storm begins to pull away from us.

The Truth Is Stranger Than Fiction - And Sometimes It Hurts!
on May 12, 2019
Posted by Wendell Malone