Flash Flood Watch For Today Into Tonight. We Are Primed For More Flash Flooding & River Flooding! 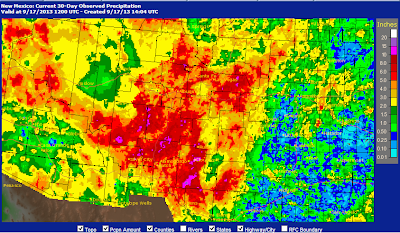 Rainfall Across New Mexico The Past 30 Days. 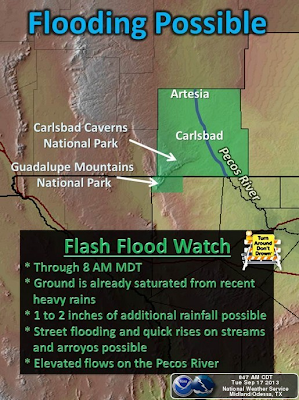 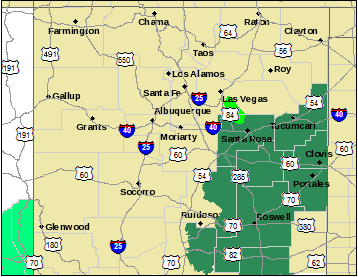 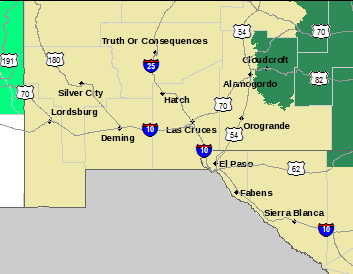 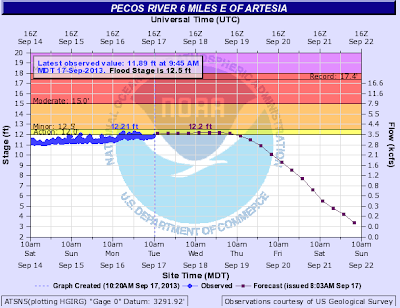 The Pecos River Continues To Flood North & East Of Artesia.

We managed to dodge a bullet last night here in the Pecos Valley. Judging by the Midland Radar estimated rainfall totals (map above) the heaviest rains fell east of the Pecos Valley. We may not be so lucky today into tonight.

We are now primed (in my opinion) for a significant Flash Flood/Flood setup. This looks and feels so much like some of our more notable flash flood setups in years past. We've endured a week of heavy rain with the Guadalupe Mountains National Park (Pine Springs) measuring 15.76" of rain Sept 9th - Septh 13th. Most of which fell in a little over 24 hours.

Not only have the rains been excessive the past week but they have been falling over the burn scar areas which has exasperated our flash flood situation. Additional heavy rainfall appears likely again today into tonight. It will not take much rainfall falling to produce flash flooding...please stay alert and up to date with all of our local National Weather Service forecasts, watches, warnings, and special weather statements.

These flooded arroyo's, flooded ditches, and flooded rivers are and will be chocked full of all kinds of debris, boulders, and sometimes rattlesnakes.

My Web Page Is Best Viewed With Google Chrome.
on September 17, 2013
Posted by Wendell Malone