Ridge Squashing Any Chance For Rain. 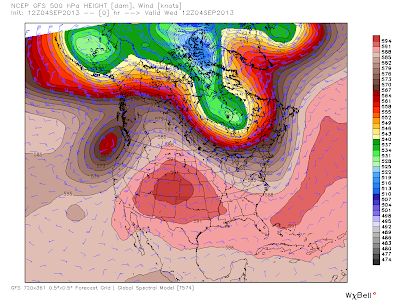 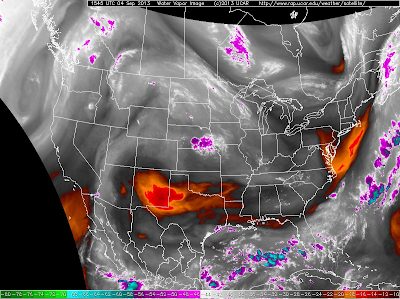 A quick look at this mornings 500 millibar (18,000' MSL) analysis shows a stout mid-level ridge of high pressure that is centered over Colorado. Dry air covers eastern and southeastern New Mexico as well as  west Texas underneath this ride...as depicted by the Water Vapor Satellite image (orange/red shading) above. The light grey shaded area streaming northward out of Mexico, into western Arizona and western Utah, indicates moisture associated with our annual summer monsoon. This moisture plume is rotating counter clock-wise around the mid-level ridge of high pressure.

So squash any chances for rain anytime soon. Sunny days with afternoon highs in the 90's look to prevail across the local area today into the first of next week.

I don't see anything in the model data at this time that indicates any significant pattern changes in the near future. Therefore it appears more hot and dry weather is headed our way.