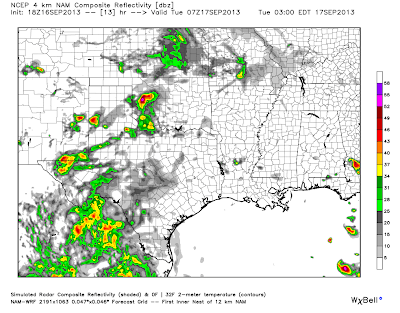 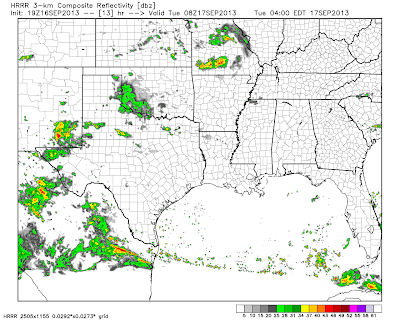 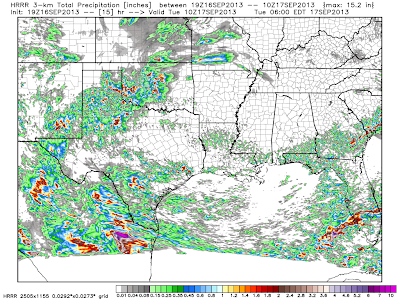 This is one of those times when I would like to just chunk the computer forecast models. I think that they do not have a very good handle on the remnant moisture that Ingrid is sending north tonight into our local area.

The WRF model depicted above is far less aggressive with its forecast but breaks the t-storms out earlier (around 1 AM Tuesday morning), with rainfall totals of around .50" to 1.00".

The High Resolution Model depicted above worries me with its forecast tonight of  1" - 4" inches of rain or possibly more, tonight into early tomorrow morning, for western sections of Eddy County and southwestern Chaves County. Should this pan out then we would have additional significant flash flooding in our arroyos. I hope this model is wrong.

My Web Page Is Best Viewed With Google Chrome.
at Monday, September 16, 2013