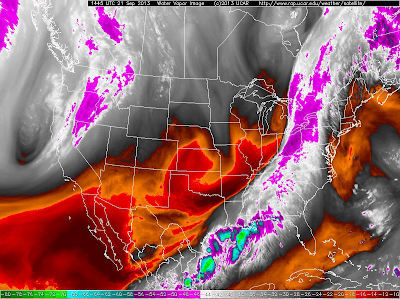 Water Vapor Satellite Image At 8:45 AM MDT This Morning.

Dry air has replaced our tropical airmass that helped to produce
the states much welcomed rainfall over the week and a half. This
is indicated by the orange and red shading on the map above.

A trough of low pressure currently located over the Pacific Northwest
will swing across northern New Mexico on Sunday. 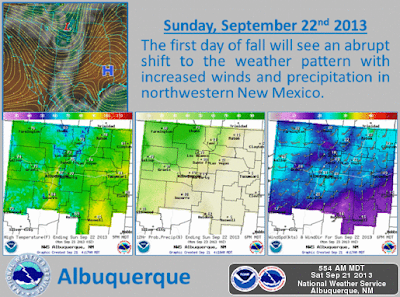 Fall officially begins Sunday afternoon, September 22nd and with its arrival will be e a significant change in the weather pattern. Small hail and strong wind gusts are likely with thunderstorms on Sunday and Sunday night, mainly north of Interstate 40. Lowering snow levels Sunday night will allow for some snow accumulation on the higher peaks of the northern mountains. Much drier air, breezy conditions and temperatures a little below seasonal averages will characterize Monday's weather. 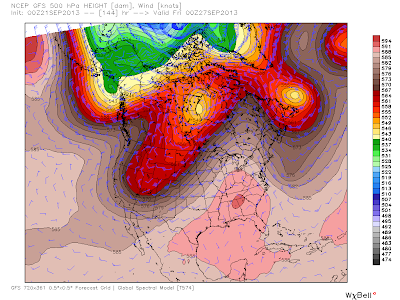 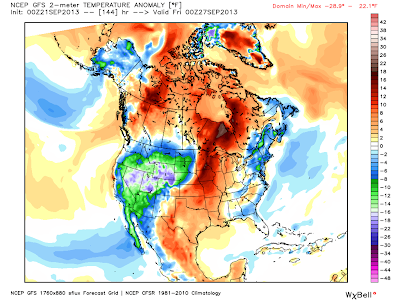 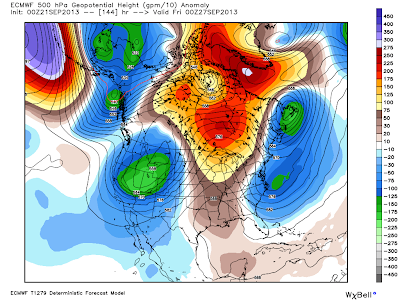 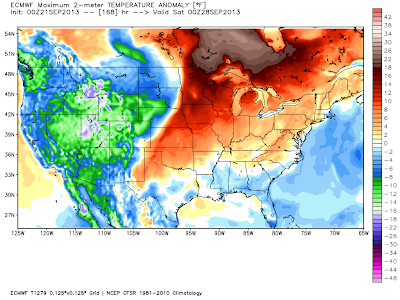 Our rains have come to an end as the Monsoon comes to an end across New Mexico. The jet stream is becoming increasingly more active as it digs a little further to the south with time. One of these dips in the jet stream (upper-level trough of low pressure) may produce a dusting of light snow across New Mexico's northern mountains (over the highest peaks) by Monday morning.

A second upper-level trough of low pressure is forecast to swing eastward across northern New Mexico by the end of next week. We will likely see our dry downsloping southwesterly winds return to the area along with high temps in the 90's ahead of it. By next weekend we will see slightly cooler temps especially in the mornings as drier air predominates. 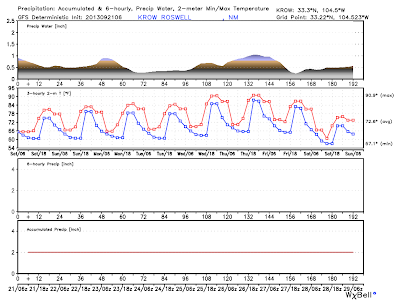 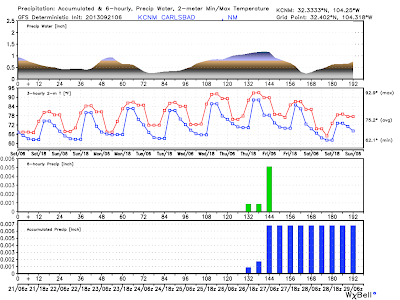 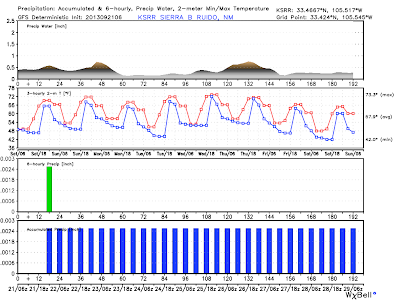 My Web Page Is Best Viewed With Google Chrome.
on September 21, 2013
Posted by Wendell Malone