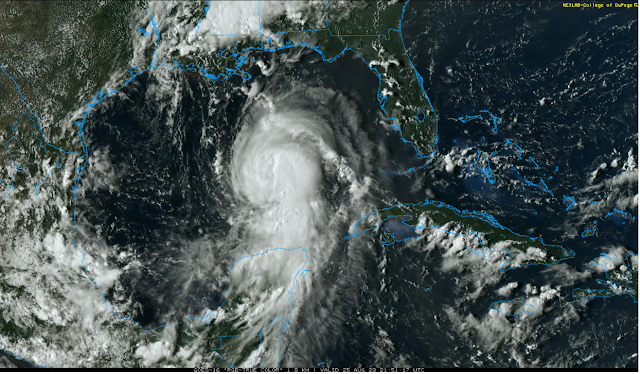 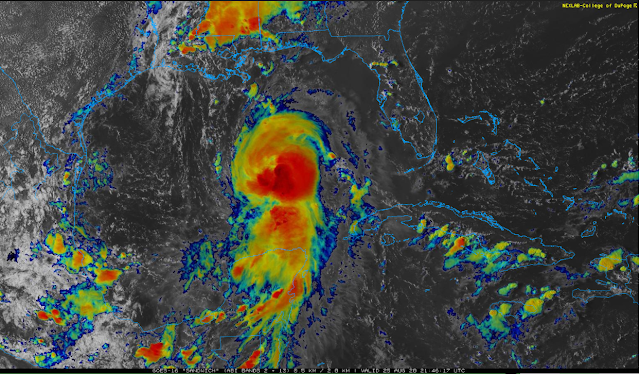 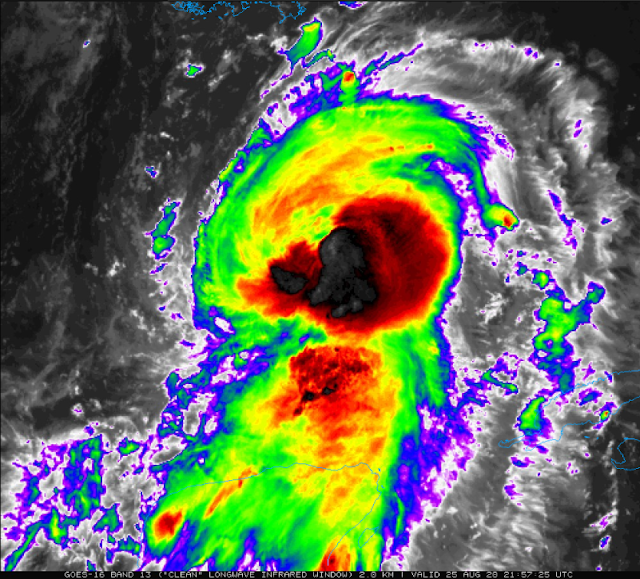 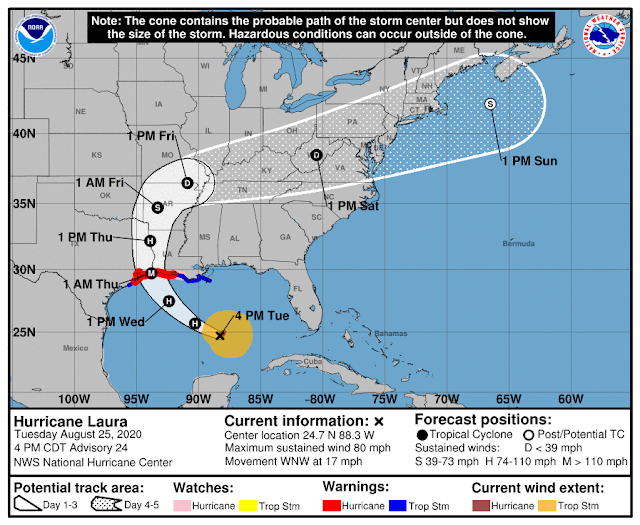 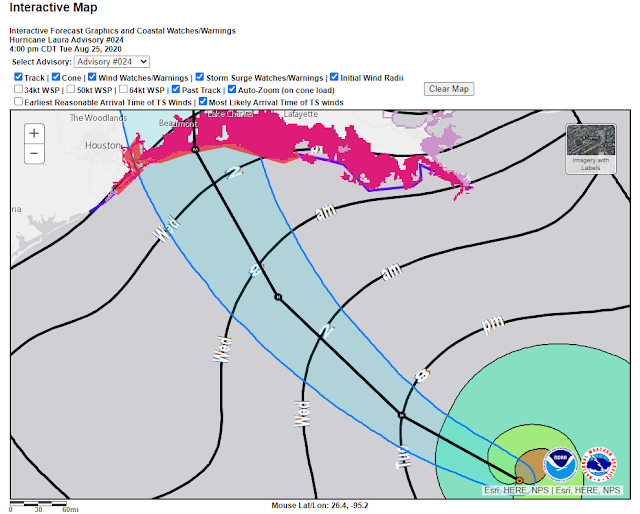 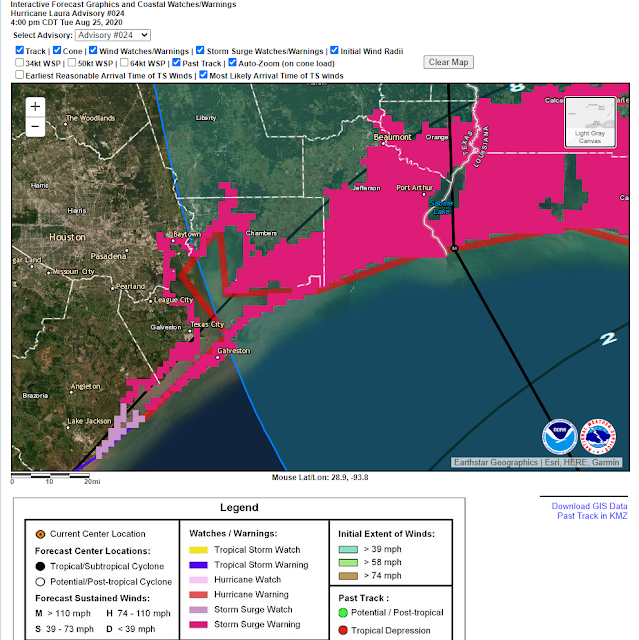 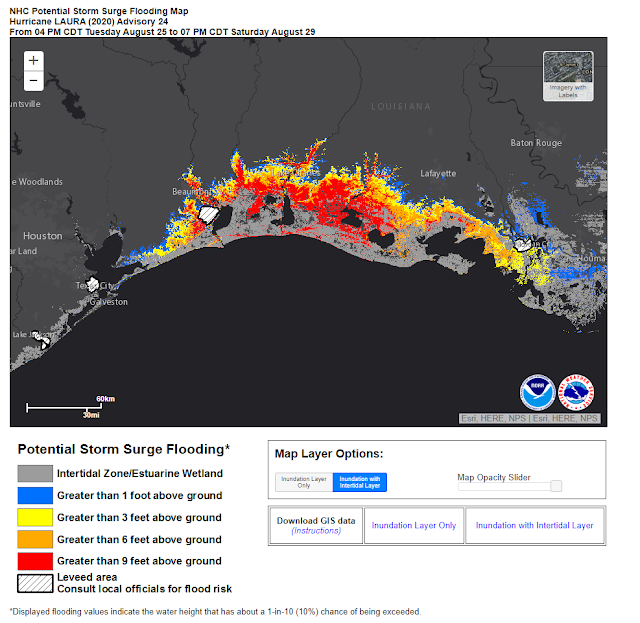 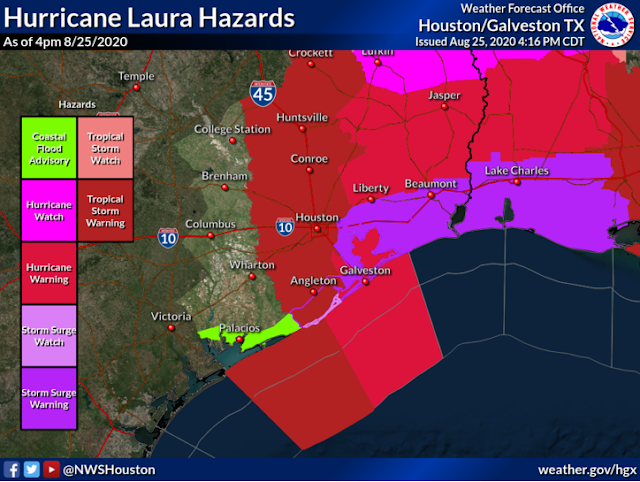 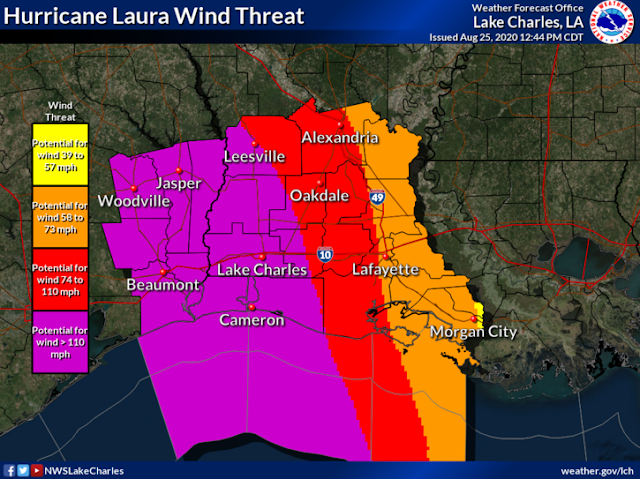 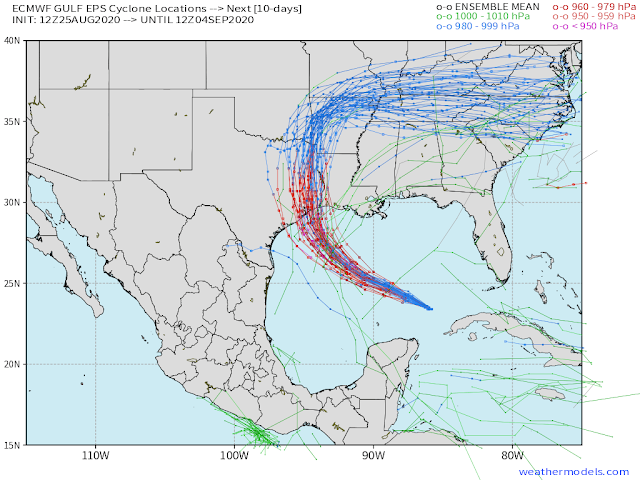 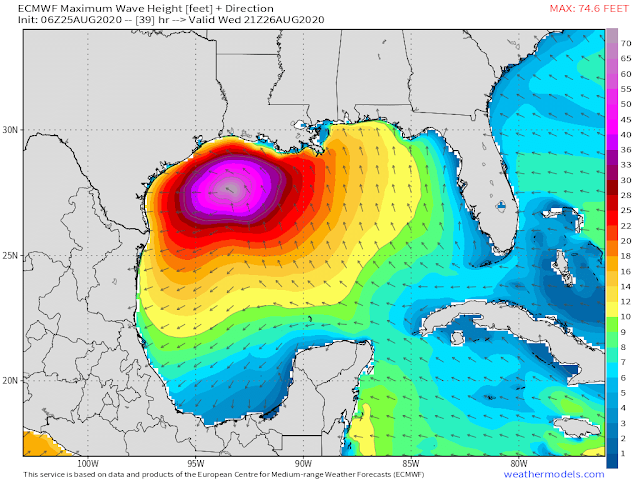 Incredible wave heights are forecast to peak around Wednesday afternoon offshore southeast of Houston, Texas. How about 75 feet according to the ECMWF model.
Weather Prediction Center 7-Day Rainfall Forecast. 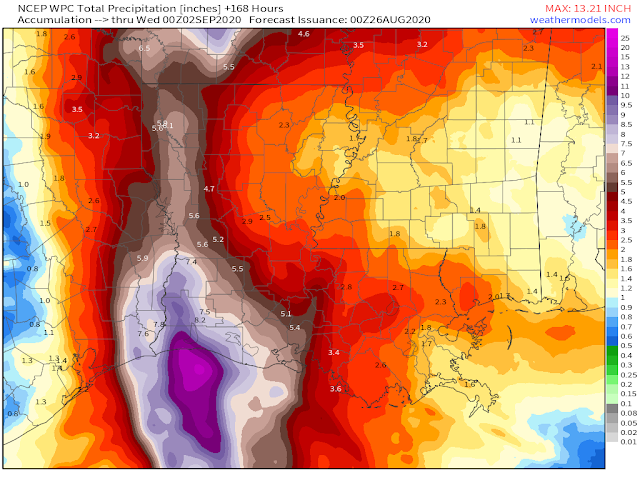 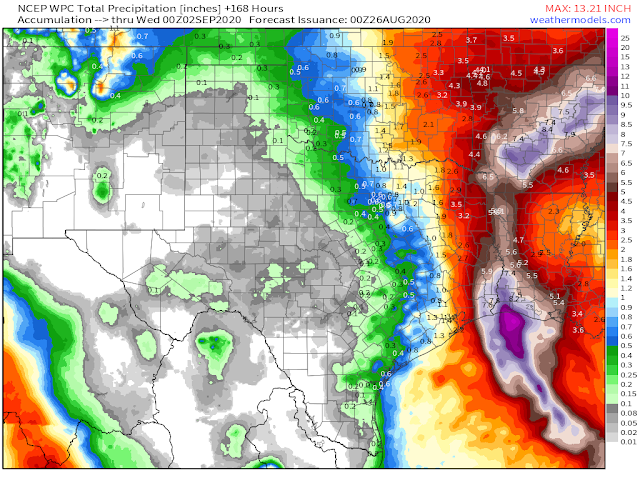 Hurricane Laura To Become A Major Hurricane Before Landfall.
As of 4:30 PM MDT this afternoon Hurricane Laura continues to churn west-northwestward at 17 mph across the open Gulf of Mexico headed for a Texas landfall. The latest forecasts from the National Hurricane Center call for Laura to make landfall late Wednesday night or early Thursday morning. The exact track where she makes landfall still is not settled amongst the models.
Laura could still make landfall west of the Houston area or between Lake Charles and Lafayette. For now (as of this writing Tuesday afternoon) the NHC is calling for Laura to make landfall near Sabine Pass, south of Port Arthur, Texas 75 miles east of Houston. This could change and likely will change so don't bet on this exact position.
Hurricane Laura is forecast to become a Major Hurricane on Wednesday before she makes landfall as she moves over very warm waters. Wind shear is forecast to be minimal until roughly the last 6-12 hours before landfall when southwesterly wind shear will affect the Hurricane. Rapid strengthening is still forecast on Wednesday. Current thinking is that Laura will become a Category 3 or possibly a Category 4 Hurricane.
Very heavy rainfall is forecast as Hurricane Laura moves inland and dissipates. 10" to 15" is what is forecast for now. Any changes in track and speed could change this. It's not uncommon for Major Hurricanes to produce over 20+ inches of rain. Devastating flooding and flash flooding will occur in her path.
Saffir-Simpson Hurricane Wind Scale

The Saffir-Simpson Hurricane Wind Scale is a 1 to 5 rating based on a hurricane's sustained wind speed. This scale estimates potential property damage. Hurricanes reaching Category 3 and higher are considered major hurricanes because of their potential for significant loss of life and damage. Category 1 and 2 storms are still dangerous, however, and require preventative measures. In the western North Pacific, the term "super typhoon" is used for tropical cyclones with sustained winds exceeding 150 mph. Note that all winds are using the U.S. 1-minute average.

On this page are links to the Local Statements that have been released within the last 8 hours, as well as links to the homepages of the issuing Weather Forecast Offices.