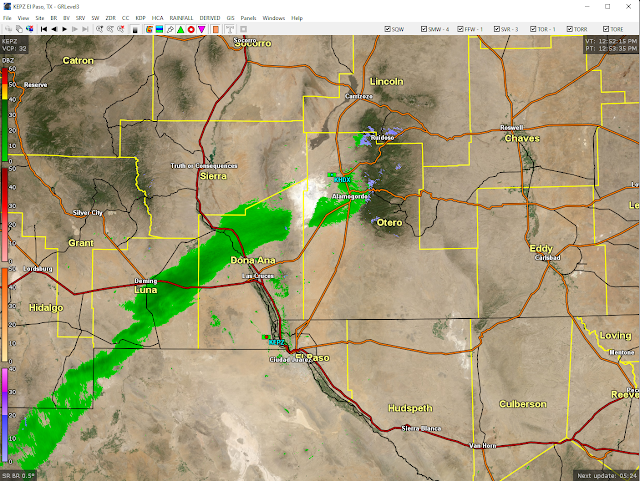 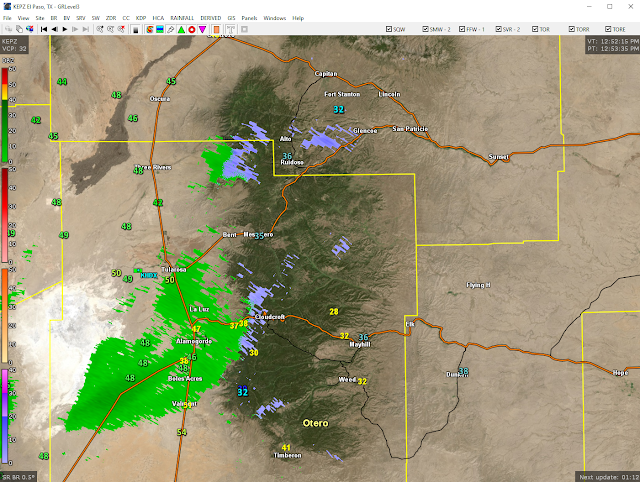 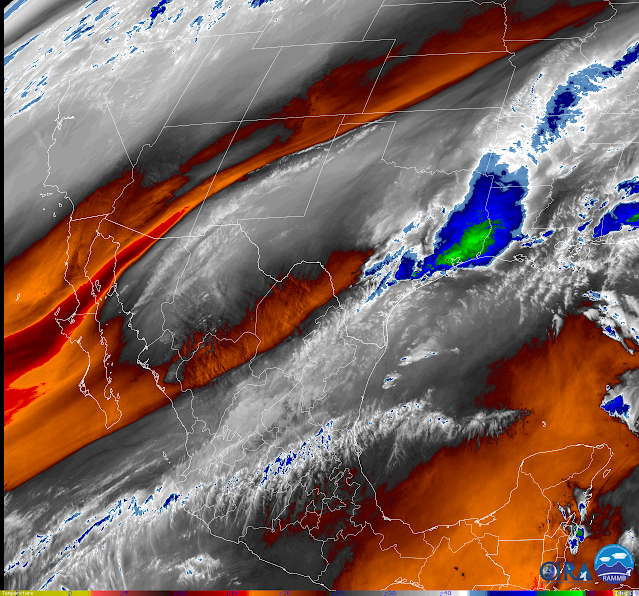 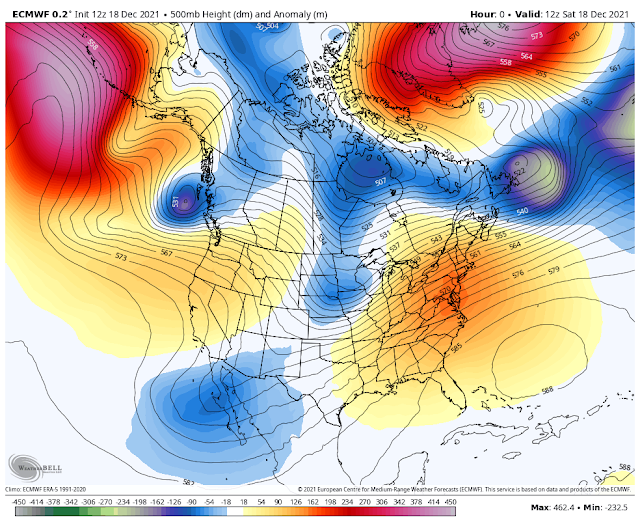 Valid At 5 AM MST Saturday Morning. 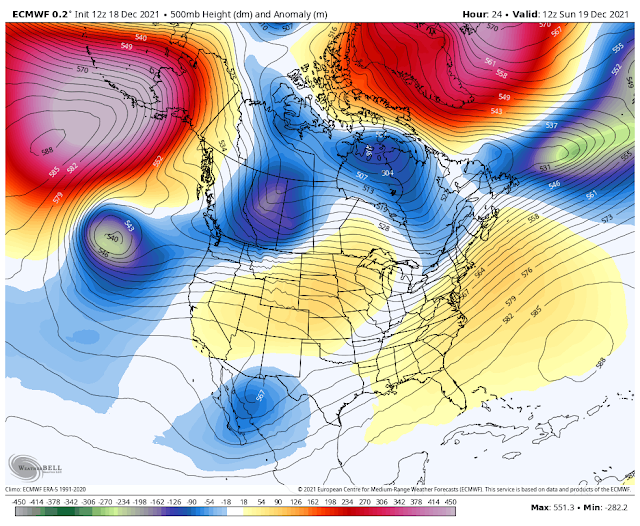 Forecast Valid At 5 AM MST Sunday Morning.
Light Rain & Snow Showers This Morning.
A narrow but elongated band of light rain showers stretch from far Northwestern Mexico into the New Mexico Boothill, then northeast to the Sacramento Mountains early this Saturday afternoon. Over the Sac's light snow showers have occurred this morning across the higher elevations including the Cloudcroft and Ski Apache areas. As of 2 PM MST this Saturday afternoon, local webcams from Cloudcroft and Ski Apache show snow showers picking up again in those areas. These showers have broken out in response to lift and instability ahead of a southwestward digging mid-upper level closed low this morning. A cold front swept southward through the state overnight and moist low-level easterly upslope flow behind it has helped with the snowfall this morning over the Sac's. Temps are in the 20's & 30's across the mountains with the 40's and low 50's over the Southeastern Plains as of 1 PM MST.
ECMWF Total Rainfall Forecast. 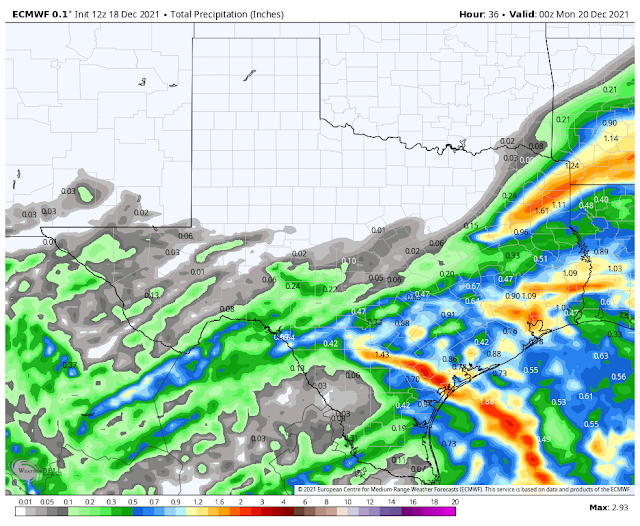 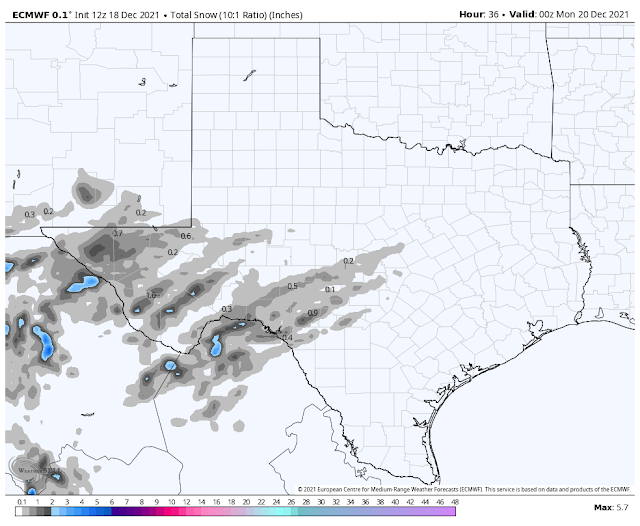 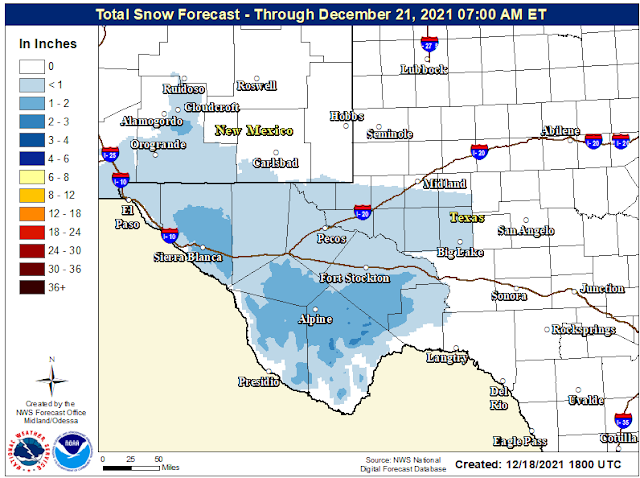 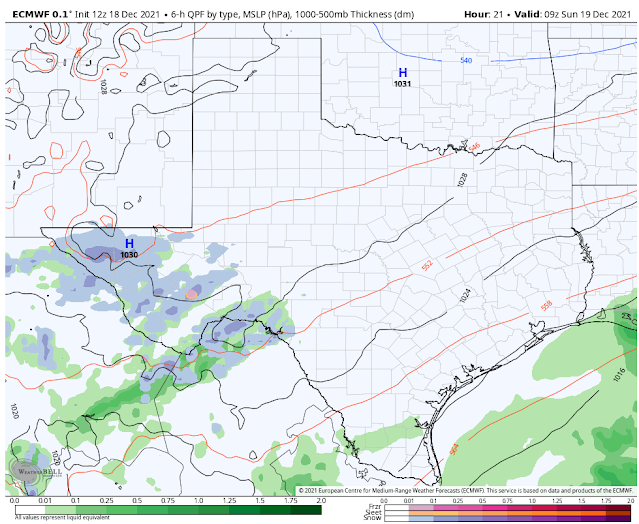 Valid At 2 AM MST Sunday Morning.
Rain & Snow Showers Increase Tonight.
Computer forecast models are struggling with the outcome of our developing winter storm. Mid-upper level closed lows are especially cut-off lows can and often are difficult to forecast. Such is the case today. Looking at this morning's run of the European (ECMWF) model we that it is the most bullish with this storm concerning rain and snowfall over southern New Mexico and parts of West Texas. It forecasts the most widespread and heaviest activity and thus the worst-case scenario so to speak. This is not going to be a major storm. However, I have learned over the past 50 years of watching/observing our local weather that sometimes we get a surprise. This would be nice and much needed.
Low-level moist upslope flow that has developed behind the cold front will increase tonight into Sunday morning. This will aid in the development of precipitation as the closed mid-upper level low to our southwest slides northeastward and passes to our south over northern Mexico on Sunday. Lift and instability rotating northeastward from the low will also help with the development of precipitation.
Light rain showers with perhaps a few pockets of moderate rain showers will increase in aerial coverage tonight and spread northeastward from northern Mexico into the area at the lower elevations. Snow levels will drop late tonight into early Sunday morning to the valley floors across the area. Thus the rain showers will change over to snow or mix with snow across parts of the area at the lowest elevations. Some pockets of sleet may occur also.
Across the Sacramento and Capitan Mountains, snow showers will continue off and on this afternoon into this evening. Then pick up and become more widespread late tonight into Sunday morning. I suspect a couple of inches of accumulating snow will be possible in the Ruidoso, Cloudcroft, Mayhill, and Capitan areas. Ski Apache may pick a little more than this. Will this storm be one of those surprises that dumps a lot more snow than currently is forecast? Maybe, but the odds appear against that happening as of this writing.
Ground temperatures are above normal across all of the lower elevations so it's going to be hard to get any snow that falls to accumulate. Current model forecasts are calling for an inch of accumulating snow or less across southern New Mexico, Southeastern New Mexico, and parts of far West Texas.
NWS NDFD Forecast High/Low Temperatures.
Today. 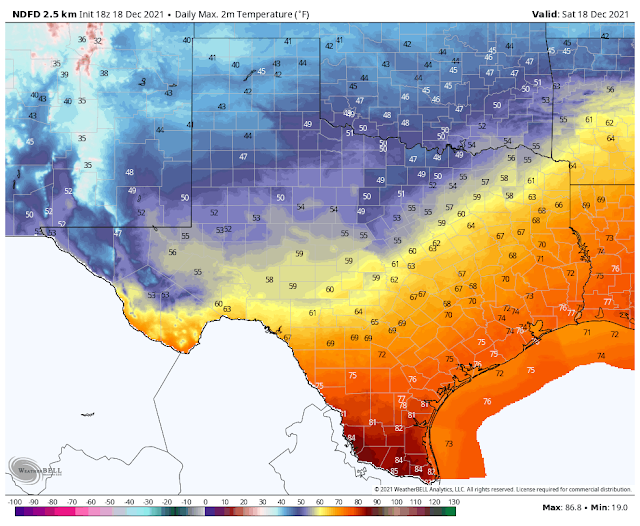 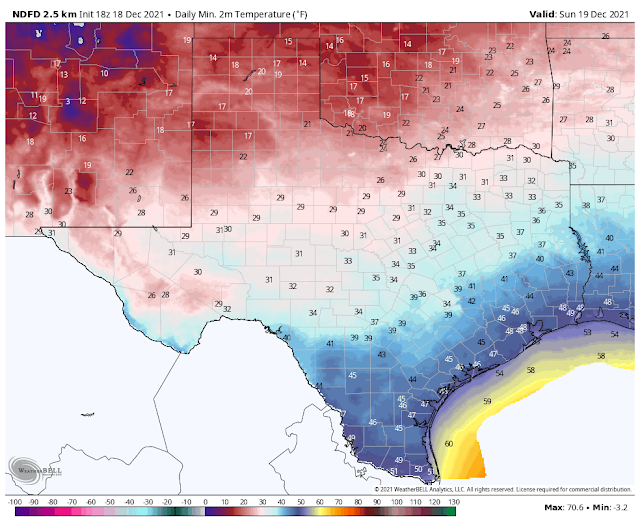 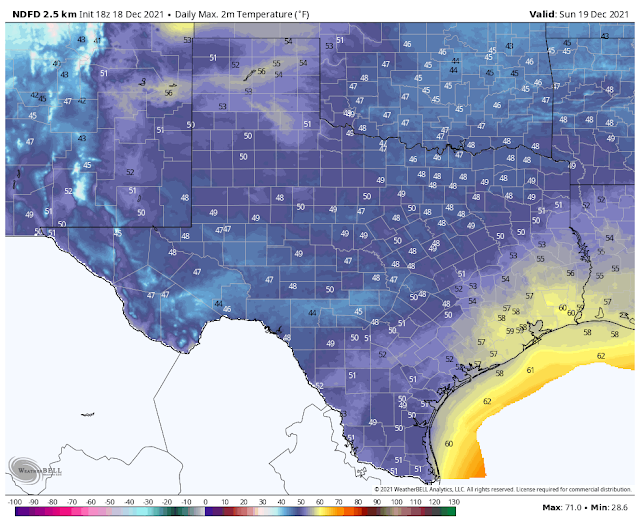 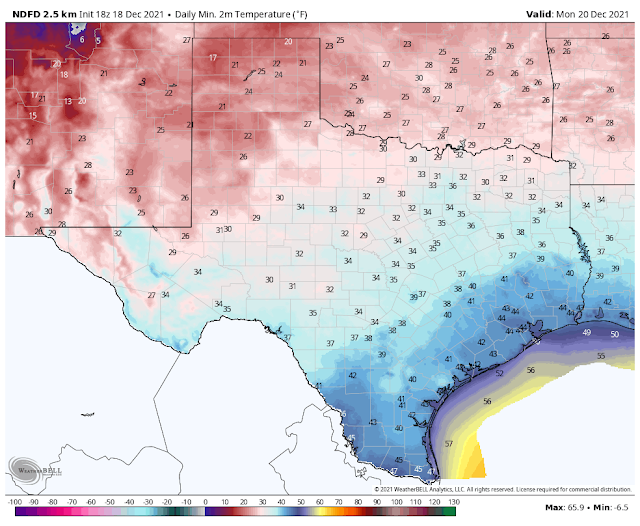 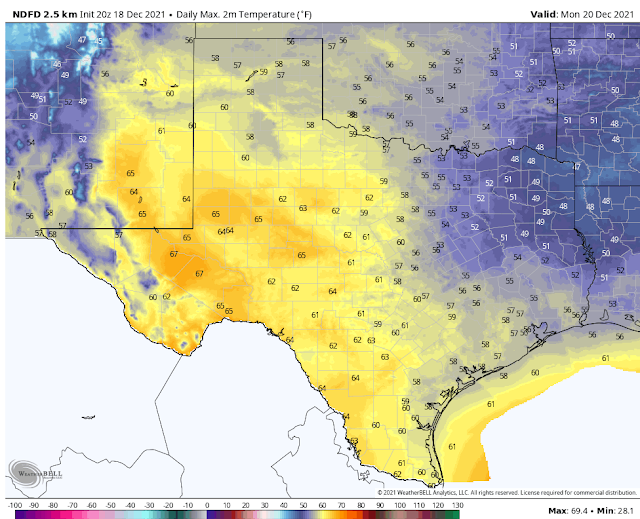 First Look At Our Christmas Forecasts.
Unless there are major changes in the model forecasts (that I don't currently see) we are not going to see a White Christmas this year. In fact current forecasts are calling for high temps Christmas Eve and Christmas Day in the mid 70's to near 80 across Southeastern New Mexico and nearby areas. Highs in the mountains are looking to range from near 45 to the low to mid 60's. No rain or snow either.
The Truth Is Stranger Than Fiction!
at Saturday, December 18, 2021