Forecast Position Of The Storm. 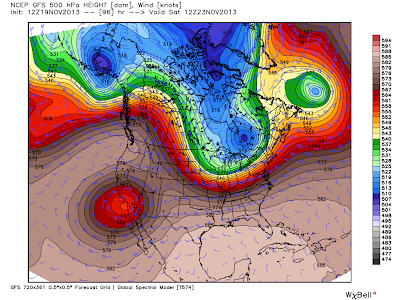 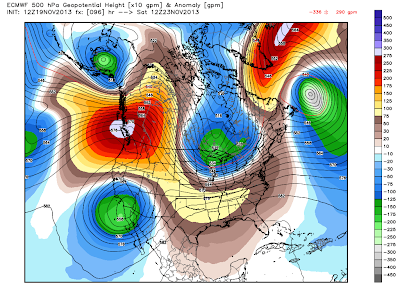 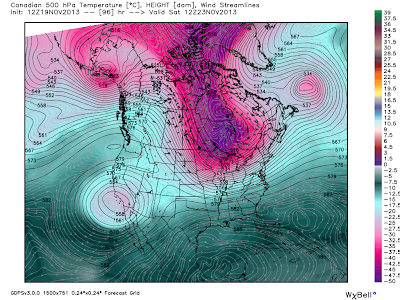 This mornings 12Z run of the computer forecast models are pretty much in agreement that our inbound Major Winter Storm will cut itself off from the jet stream and park near the southern California coast by sunset Friday. They then continue to forecast a slow basically easterly movement towards New Mexico into the weekend. It appears that this storm is going to be a slow mover which will cause a variety of winter weather over the state from Thursday night into possibly Monday. 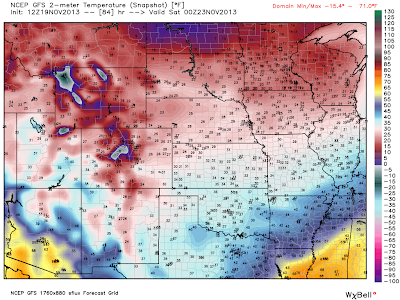 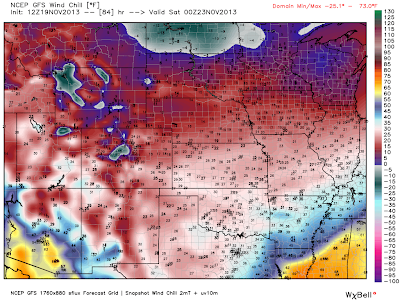 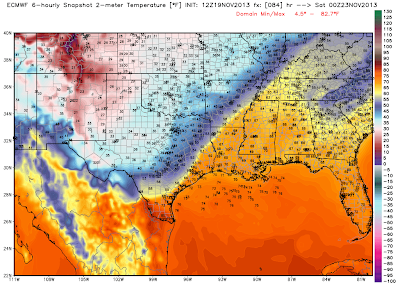 A strong arctic cold front is still forecast to plow southward down the eastern plains of the state on Thursday. The GFS model has the front arriving in southeastern New Mexico between midnight Thursday and sunrise Friday morning. The European (ECMWF) model has it arriving a little faster, and entering the southeastern plains by around midnight, or shortly after Thursday night.

Get ready because winter is coming. The GFS is forecasting our high temperatures on Friday to only be in the mid-upper 30's. The European (ECMWF) is a little colder with our highs only in the low-mid 30's. Strong gusty north to northeasterly winds will accompany the frontal passage. Wind chill values will drop down into the teens and twenties behind the front on Friday into Friday night. 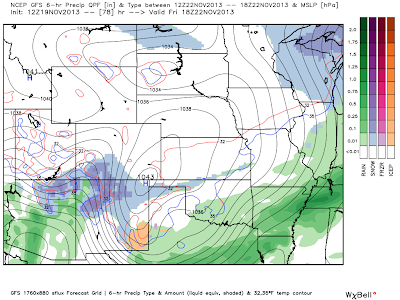 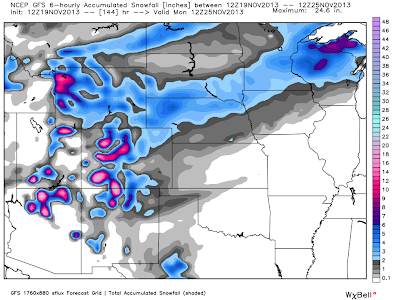 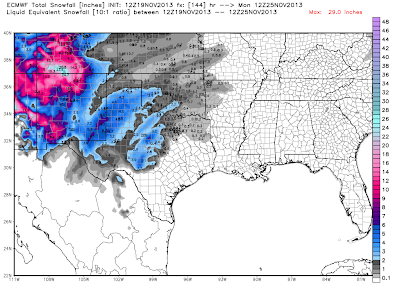 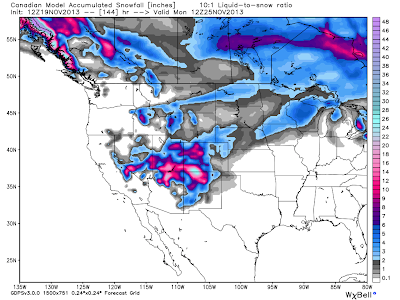 Just who will get the most snow out of this storm is still somewhat up in the air. Again it will depend upon the track and speed of the storm. It appears that the mountains of New Mexico will do well with this storm with some snowfall totals reaching the one to two foot amounts.

A wintry mixed mess of drizzle, freezing drizzle, rain, freezing rain, sleet, and snow still looks possible across the eastern third of the state Thursday night into Friday night. Travel upon many of the states roads may become rather difficult and dangerous Thursday into Monday if this storm holds together as is currently being forecast.

Again its still early in the game but it is becoming increasingly clear that a powerful winter storm will be taking aim on New Mexico and surrounding areas Thursday night into maybe the first of next week. Our temperatures will be dropping down to some 20 -40 degrees below normal.

My Web Page Is Best Viewed With Google Chrome.
on November 19, 2013
Posted by Wendell Malone