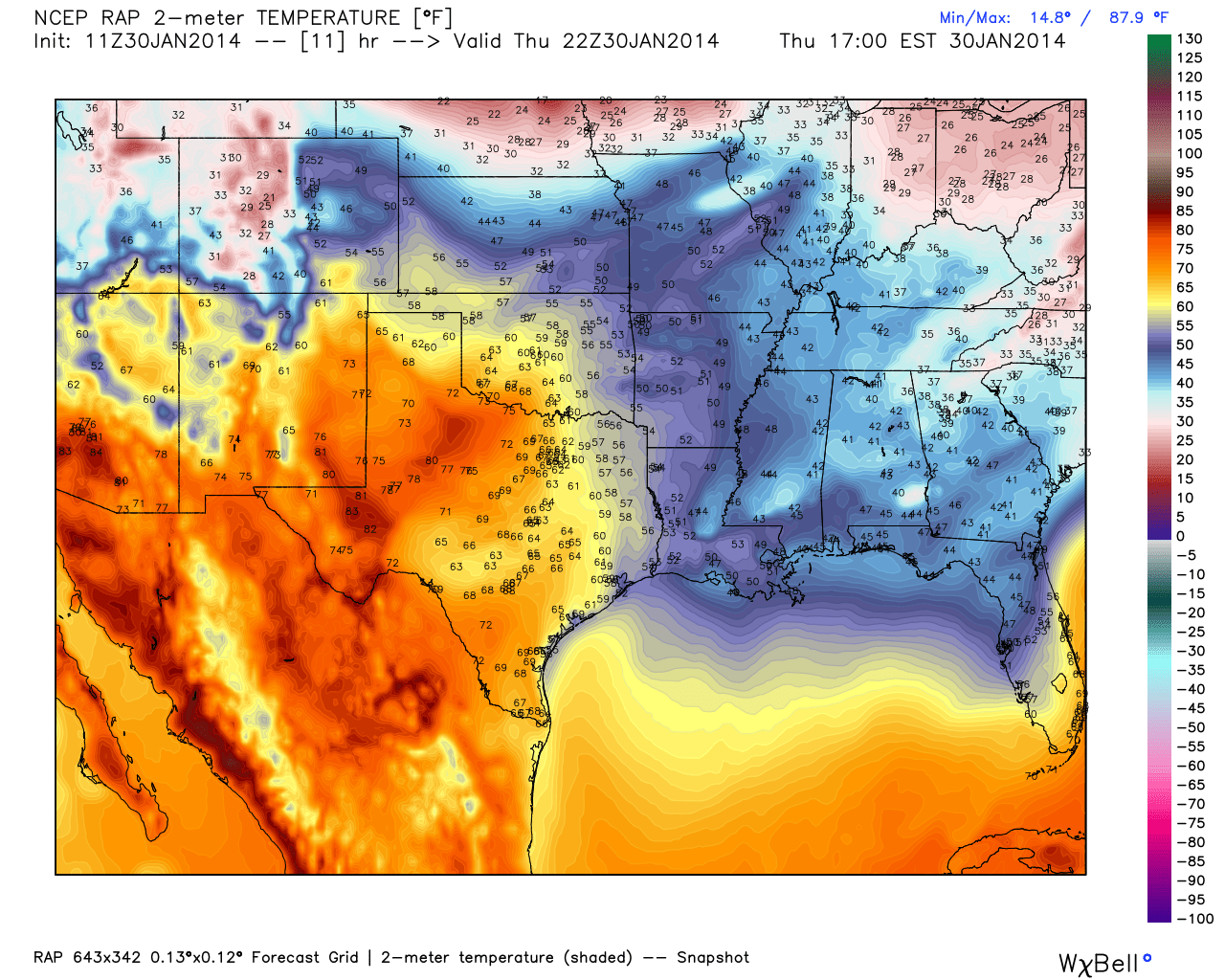 Today will be unusually warm across southeastern New Mexico with our afternoon highs forecast to range from near 80 to the low 80's. These temperatures will be some 15-25 degrees above normal. Similar readings are expected for Friday. A few daily record high temp records may come close to being tied or broken today and tomorrow.

A surface low located over northeastern New Mexico and southeastern Colorado combined with a tight surface pressure gradient has caused dry downsloping westerly winds to really scream this morning across the northeastern plains. The Crews Airport at Raton clocked a peak wind gust of 82 mph at 5:04 AM MST this morning.

High Wind Warnings are in effect for much of New Mexico today from the northern mountains eastward out into parts of the northeastern and eastern plains near the mountains. West winds sustained at around 40-55 mph with gusts to 75 mph and occasionally higher are forecast today for these areas. This includes the Ruidoso area.

A High Wind Warning continues in effect today for the Guadalupe Mountains for westerly winds sustained at around 35-50 mph with gusts near 70 mph. 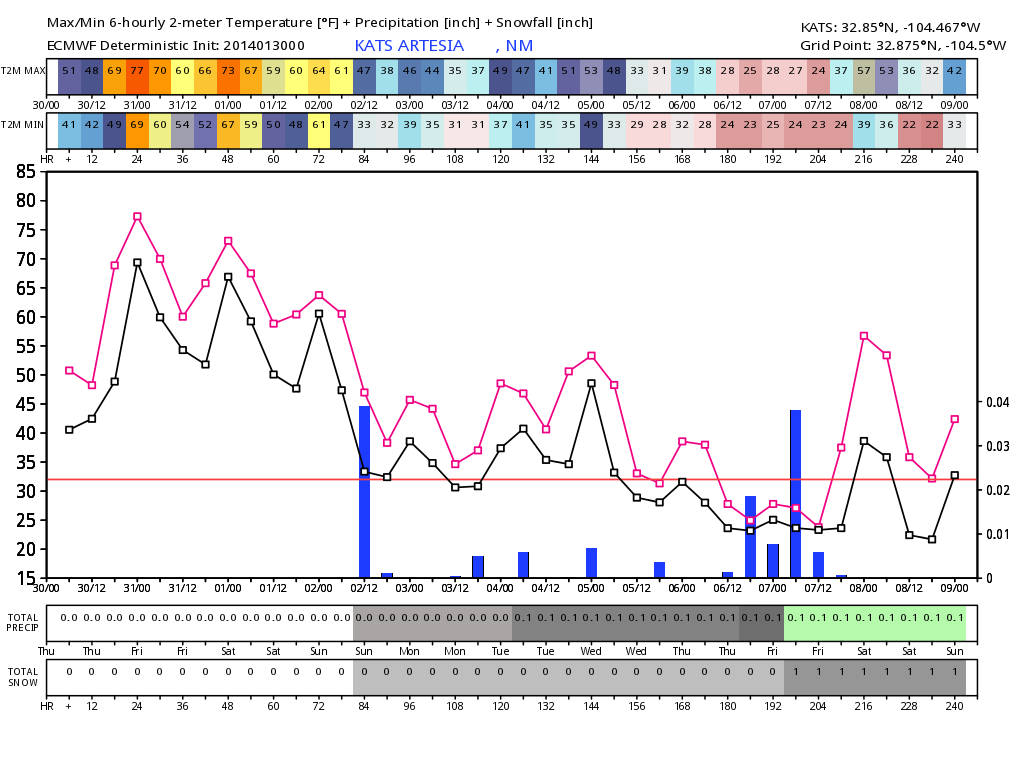 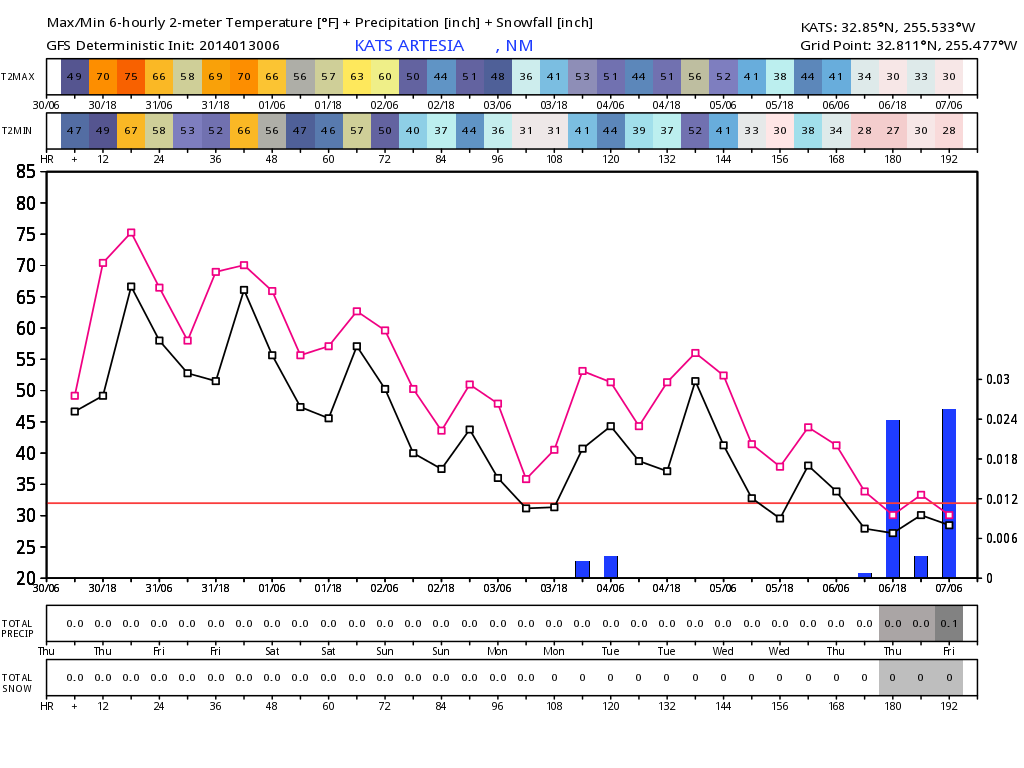 Colder and unsettled weather is still on track to return to the area next week. However the models are flip flopping all over the place with their forecasts concerning this. A complete 180-degree turn around is now seen with the European (ECMWF) model . Which was just going nuts with a heavy snow forecast for the area. Now it barley shows anything. Not only is mother nature going to take on a bipolar mode swing next week...apparently some of the models are having their share of  extreme mode swings too. Lots of changes coming in the upper air pattern has the models jumping all over the place.

My Web Page Is Best Viewed With Google Chrome.
at Thursday, January 30, 2014