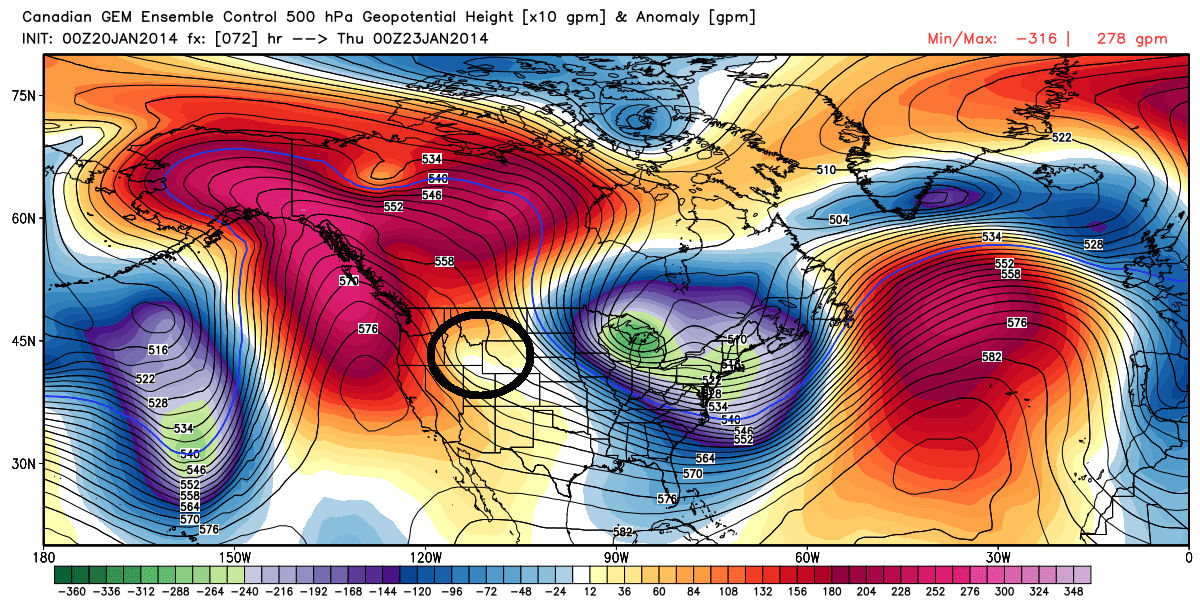 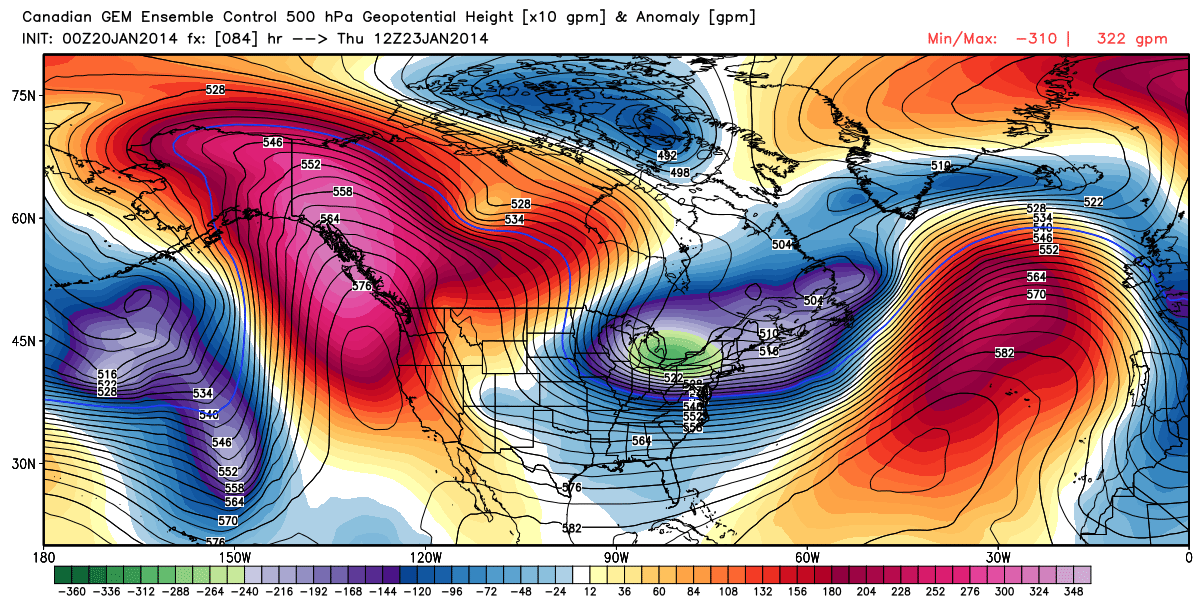 After a couple of weeks of tranquil boring weather, old man winter comes knocking once again by Thursday. Much like our two day arctic outbreak back on the 10th of this month, a similar event looks to unfold Thursday and Friday. Once again I prefer the Canadian (GEM) model forecasts, verses the U.S. GFS or European (ECMWF) model forecasts with this event.

A weak short wave trough of low pressure located at the 500 millibar, or roughly the 18,000' level of the atmosphere, is forecast to dive southeast out of Idaho on Wednesday, and into the Four Corners area by Thursday. This disturbance will also drag a slug of arctic air southward down the eastern plains of New Mexico Wednesday. This colder airmass will arrive in southeastern New Mexico Wednesday night and early Thursday morning. 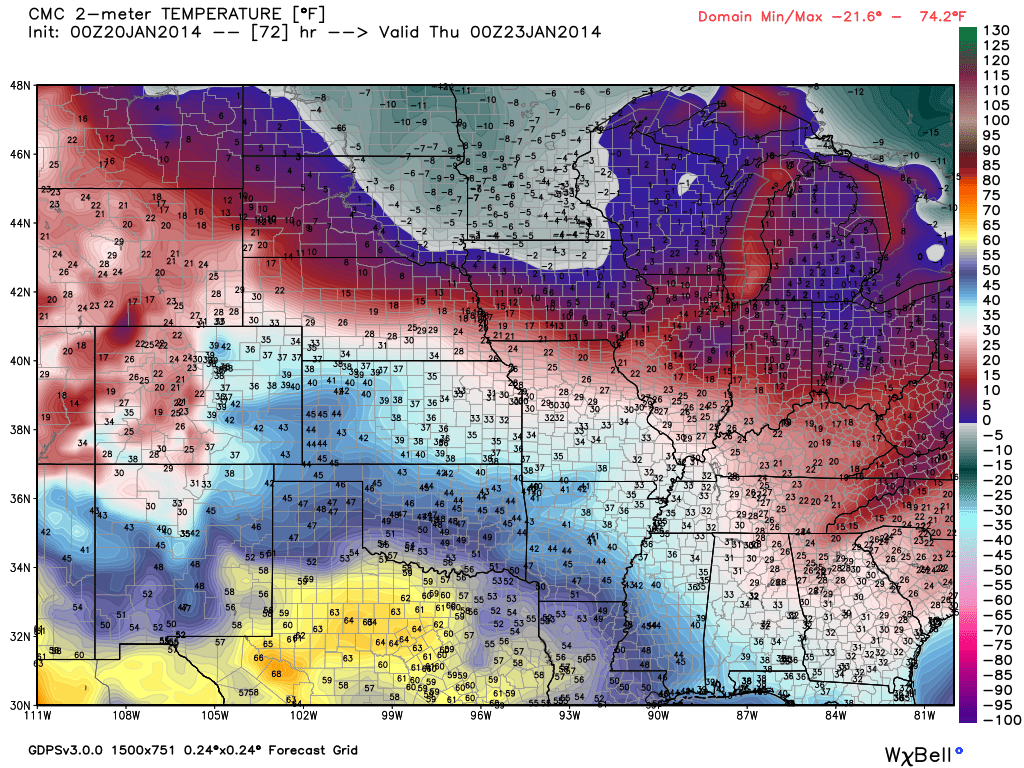 By around sunset Wednesday the arctic cold front should be knocking on the front door of the folks living in the Clovis and Portales areas. It will then work its way south overnight and should have overspread all of the southeastern plains by sunrise Thursday. 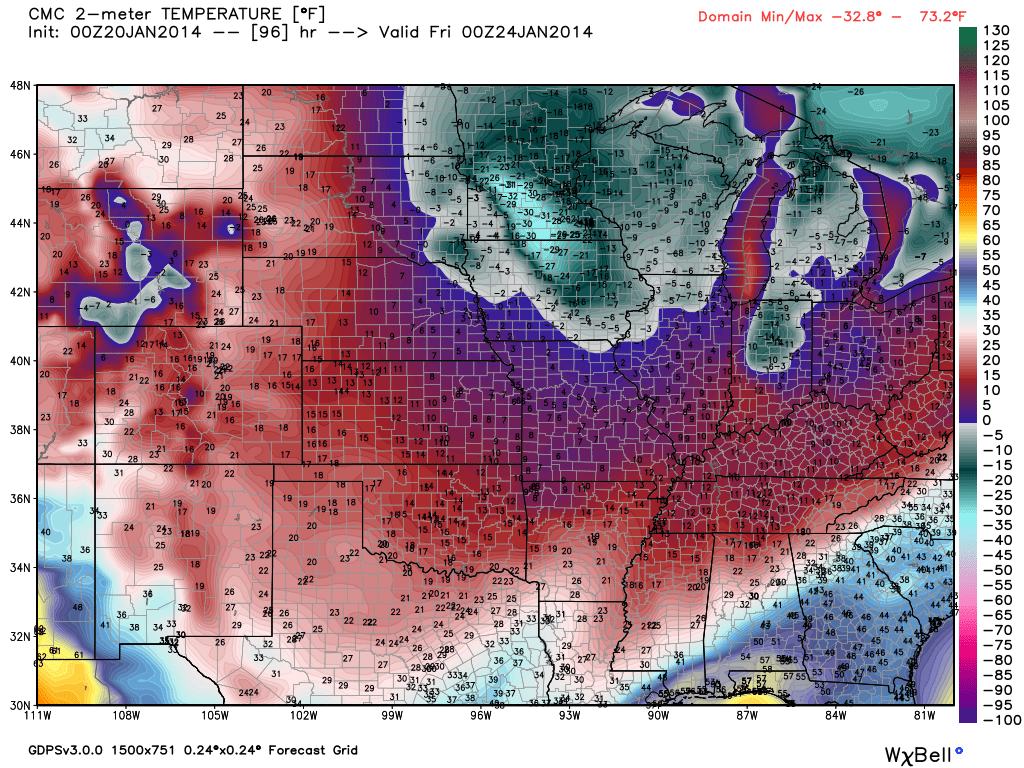 Of the three main models the Canadian (GEM) is the coldest. Once again I think its temperature forecasts will be closer to reality, much like the event on the 10th. If this model is correct then most of us will not get out of the 20's for highs on Thursday. Carlsbad could flirt with the 30-degree mark. Wind chill readings in the single digits and teens will overspread the area on Thursday. 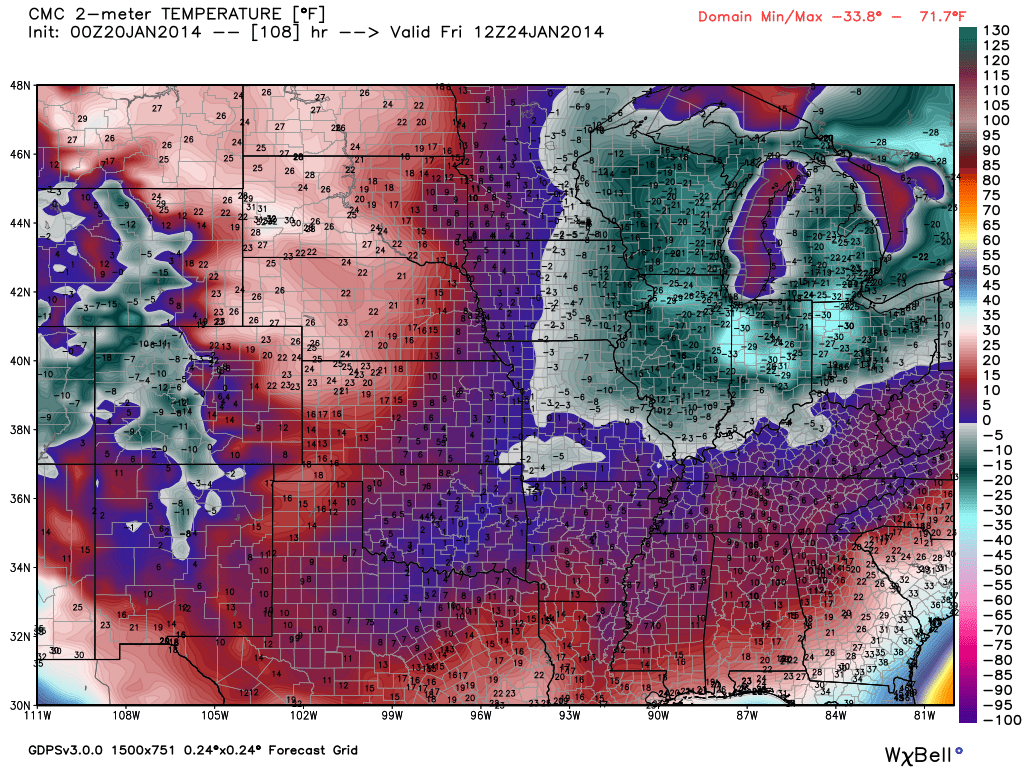 A very cold start to Friday looks to be on tap with lows for the most part near 10-degrees. If we do get some light snow out of this weak storm, then I wouldn't be surprised to see some locations dipping down into the single digits for lows. Thankfully the bulk of this bitterly cold arctic airmass will be located well northeast of us, and will not be anywhere near as cold as the U.S. GFS model was forecasting last week, when it had lows in eastern New Mexico down to -30F. 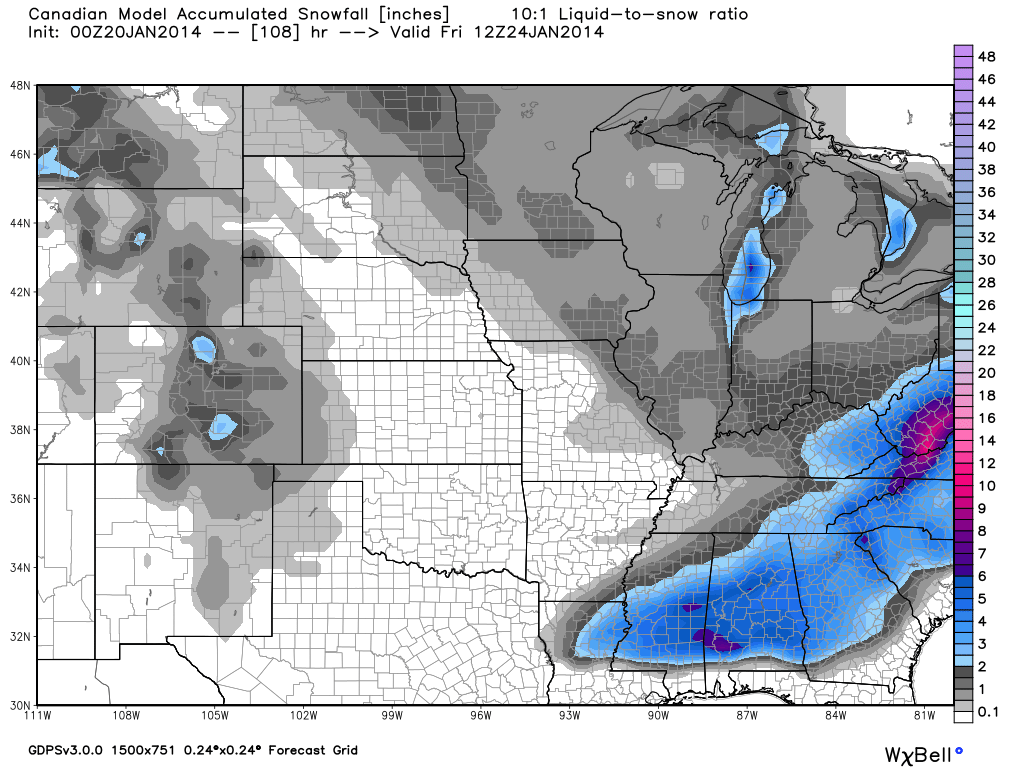 All three models develop very light snowfall amounts across the area Thursday night into Friday. Since the upper-level storm will be approaching from the northwest, with a trajectory over the Rockies, this does not look like a big snow producer at this time. Limited low-level and mid-level moisture should keep any snowfall totals locally less than an inch or so.

Anytime you have a "digging" storm approaching from the northwest, you have to keep an eye on them. Sometimes they end up further south, stronger, and wetter than what the models will forecast. So far this storm does not look like it will do this...but it will be fun to watch anyway. Besides New Mexico desperately needs a fresh influx of snow as our mountain snow pack continues to dwindle away.

My Web Page Is Best Viewed With Google Chrome.
at Monday, January 20, 2014