When Did Global Warming Begin? 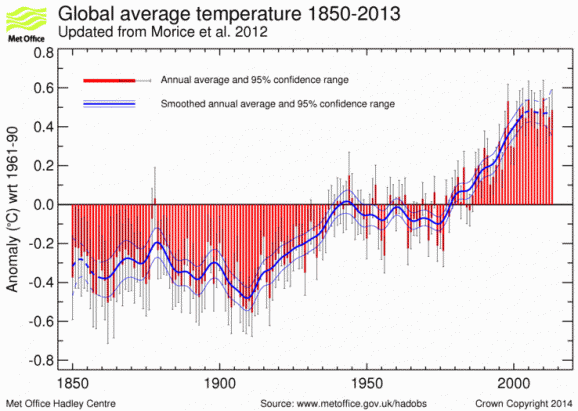 By WUWT regular “Just The Facts”

"There have been a number of statements made recently about “Global Warming Deniers”, e.g. “White House: Global Warming Deniers Wrong to Reference Polar Vortex” US News, “Watch The Daily Show mock Trump and other global warming deniers” The Week and “Global warming denier Jim Inhofe: ‘Fewer and fewer’ senators believe in climate change ‘hoax’”. The Raw StoryGiven the apparent prevalence of “Global Warming Deniers”, it seems prudent to take a look at the data so that everyone is clear when Global Warming began and what is undeniable. As such, from the following EPICA Dome C Ice Core record from Vostok, Antarctica, over the last 450,000 years Earth has experienced numerous Glacials, commonly referred to as Ice Ages, and Interglacials,  like the Holocene Interglacial we are experiencing today."