Tonight Florida Like America Is Bruised But Not Beaten! 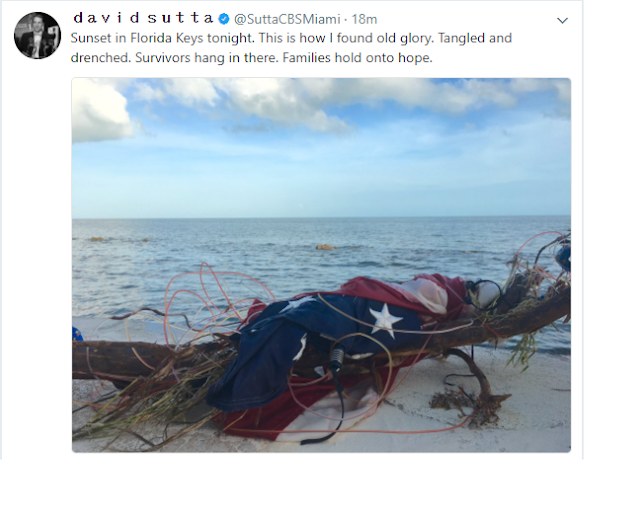 In The Midst Of Sorrow There Is Hope!

How ironic and fitting is this tweet (above) sent out by veteran CBS4 Miami television journalist David Sutta this evening! I was floored by this tweet and the significance of its meaning! This brought tears to my eyes and touched my soul.

God has laid his hand upon our nation and blessed us even in the midst of our enemies continued hatred towards us, both at home and abroad, and mother natures unforgiving wrath. We continue to pray for our nations healing and Florida's and Texas too! Hurricanes Harvey and Irma have left two of our great states battered and bruised but not beaten. America and her people shine their best in the worst of times...and tonight her light is bright!

Sixteen years ago and five years ago (9-11-01 and 9-11-12) our great nation took a beating from terrorists and today we remembered those horrific attacks. Yesterday into today Florida took a beating from Irma. Today the sunshine state is starting the process of digging out and recovering. We will never forget those murdered on those dates and we will not forget Florida's victims from Irma, and the Texas victims from Harvey. America is a blessed nation and tonight we continue to heal and so will Florida and Texas. For those of you suffering, hang in there, we have you in our prayers and we are sending help. 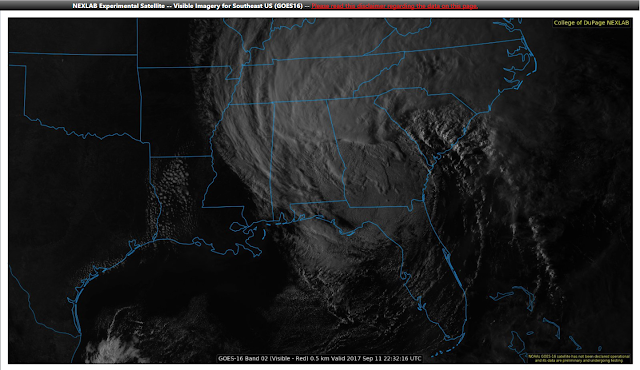 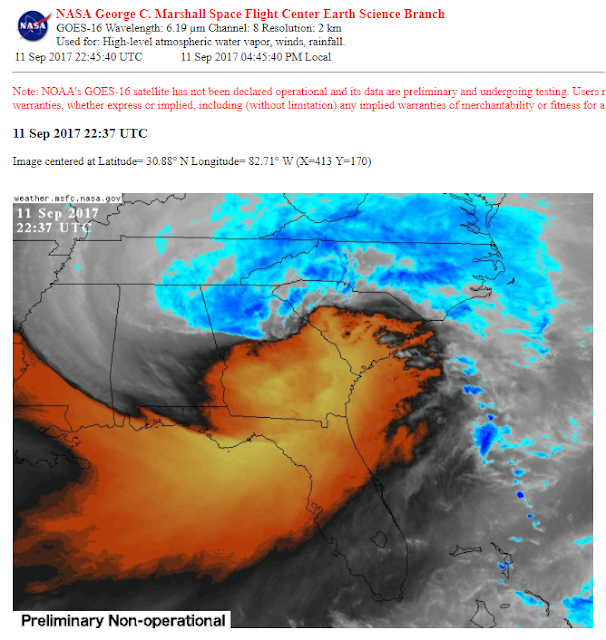 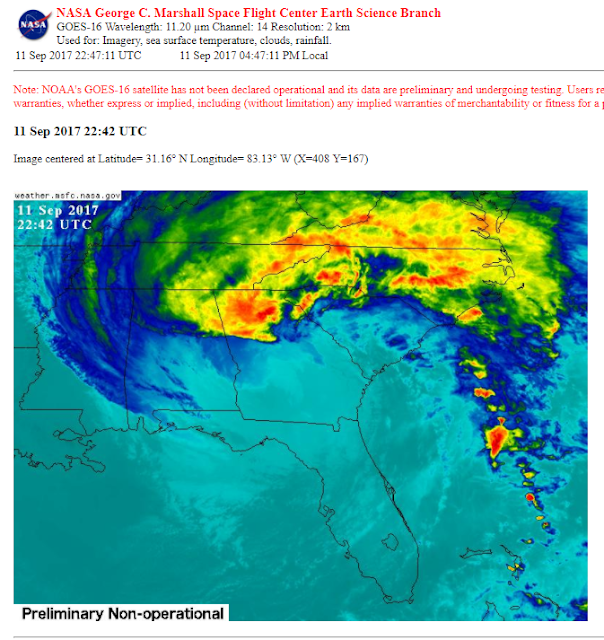 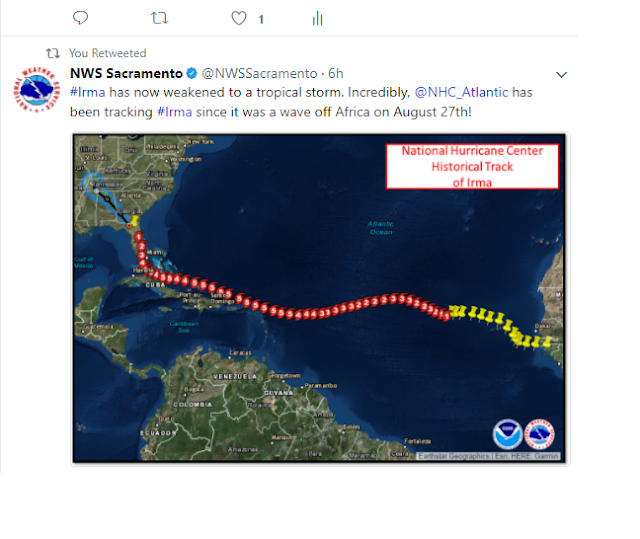 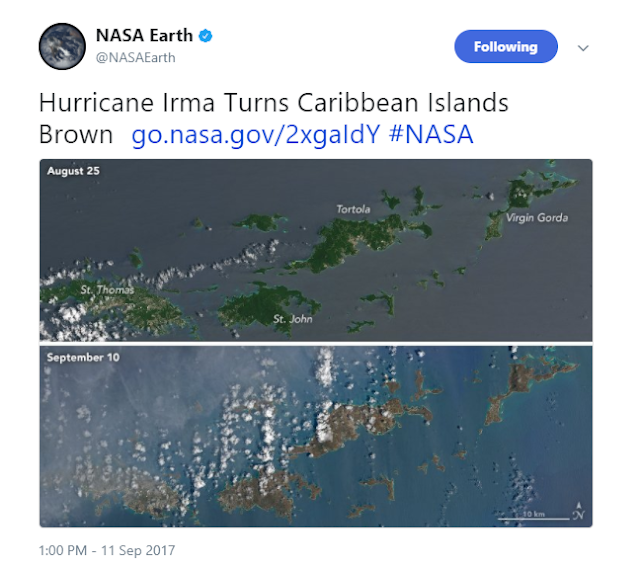 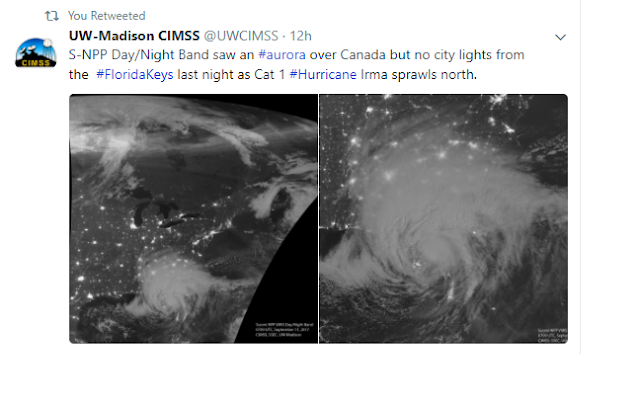 As of 5 PM EDT/3 PM MDT this 16th anniversary of 9-11-01 Tropical Storm Irma was located 10 miles east of Albany, Georgia and continues to move off to the north-northwest at 17 mph and weaken. She had sustained winds of 50 mph with higher gusts. Her central pressure had risen up to 985 millibars or 29.09 inches of mercury.

How Bad Will It Be?

As daylight broke over Florida this morning her residents began assessing Irma's damages. The Keys were ground zero and have been hammered something awful. Fox News quotes one reporter from WFOR as describing the Keys "as a war zone." As the sun sets this evening officials know that its bad in the Keys but they have yet to discover how bad.

Although residents of the Keys were warned of Irma’s forecast path through the islands, hundreds stayed behind – and now, officials say that “supplies are running low” and “anxiety is running high.”
Monroe County Emergency Management Director Martin Senterfitt told the Miami Herald that the destruction caused by Irma could be a potential "humanitarian crisis."
The Truth Is Stranger Than Fiction!
Email Post