24-Hour Radar Estimated Rainfall Totals.
(As Of 6 AM MDT This Morning). 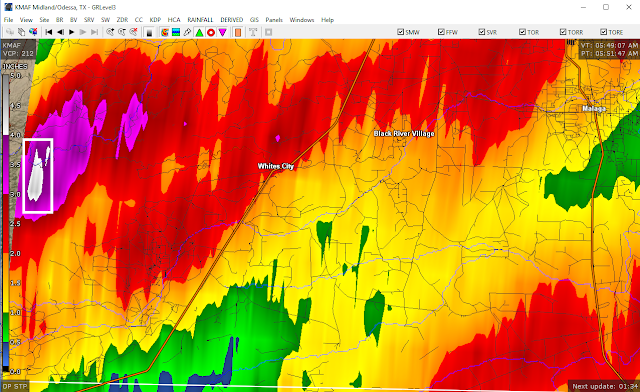 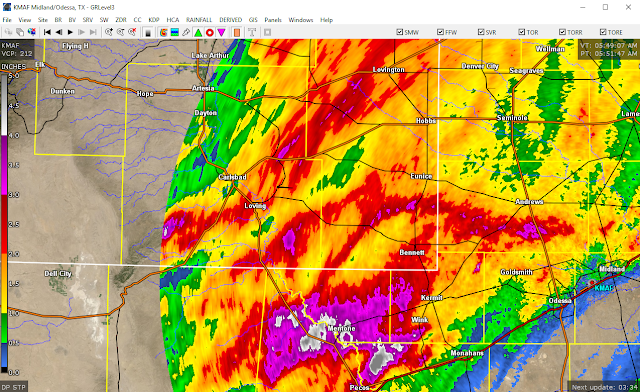 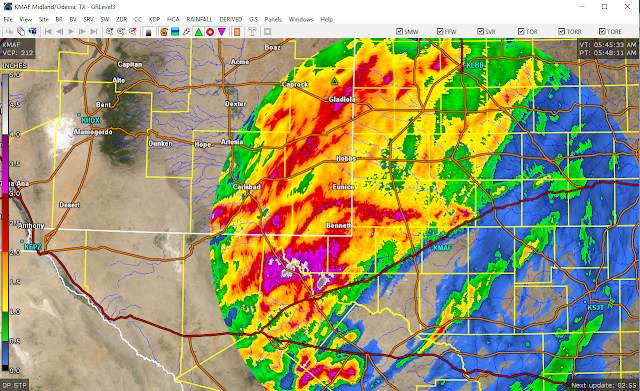 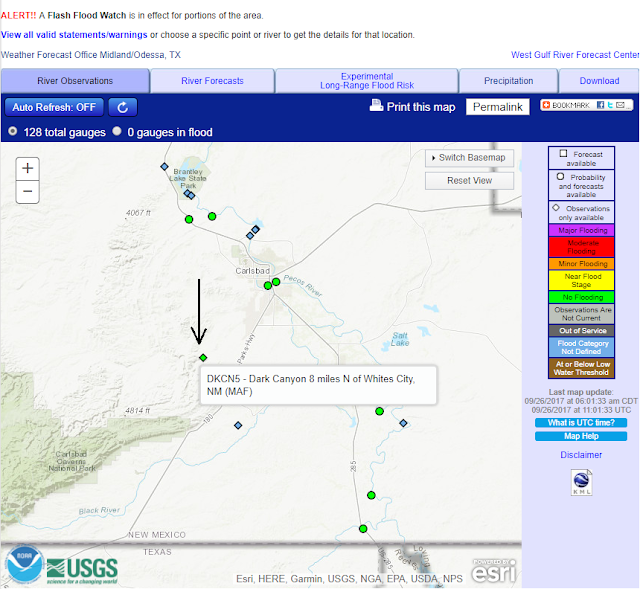 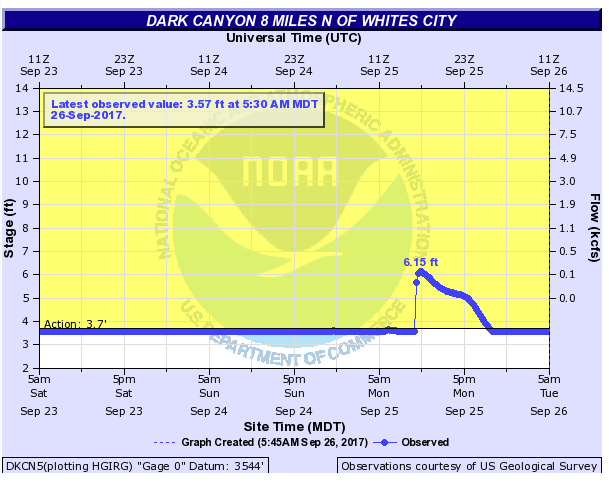 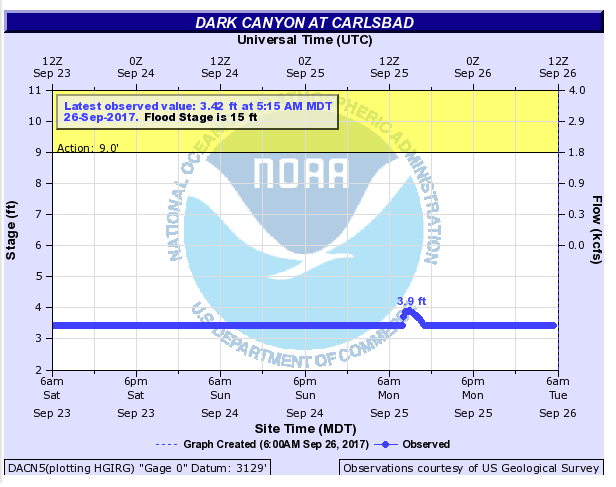 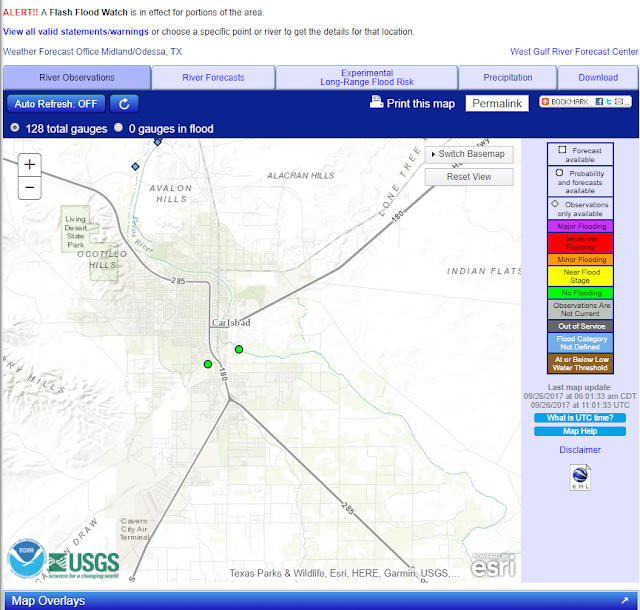 Radar estimated that 4.50" of rain fell over the Dark Canyon Arroyo 12 miles west of Whites City yesterday morning. This produced flash flooding in Dark Canyon. The Dark Canyon flood gauge located north of Whites City and southwest of Carlsbad measured a maximum water depth in the normally dry arroyo of 6.15 feet at 11:15 AM MDT Monday morning. By the time the flood waters worked their way northeastward into Carlsbad the Dark Canyon flood gauge located near the low water crossing bridge on San Jose Blvd measured a peak depth of 3.9 feet at 8:30 AM MDT yesterday. This falls way short of the flooding that was observed in September of 2014 when water depths exceeded 20 feet at the gauge in town. 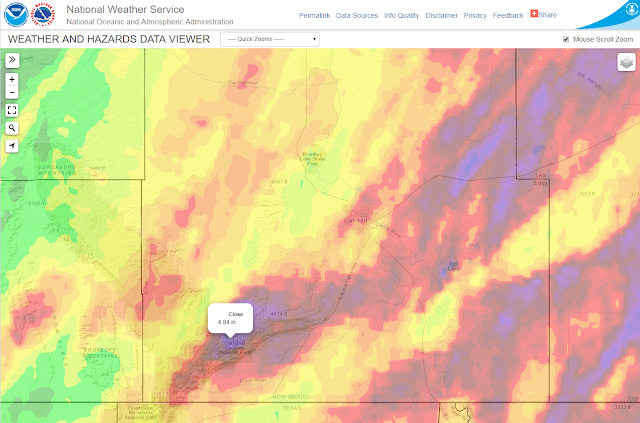 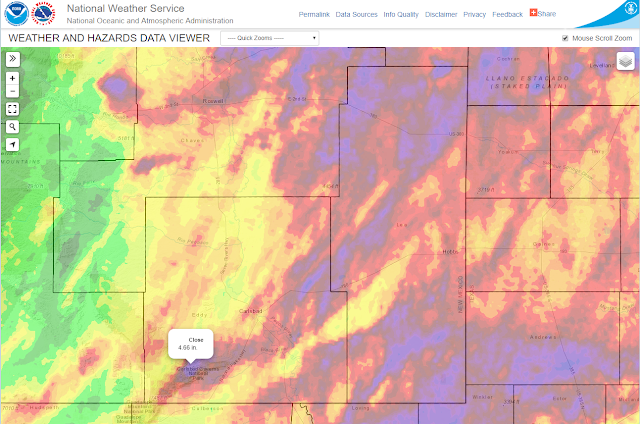 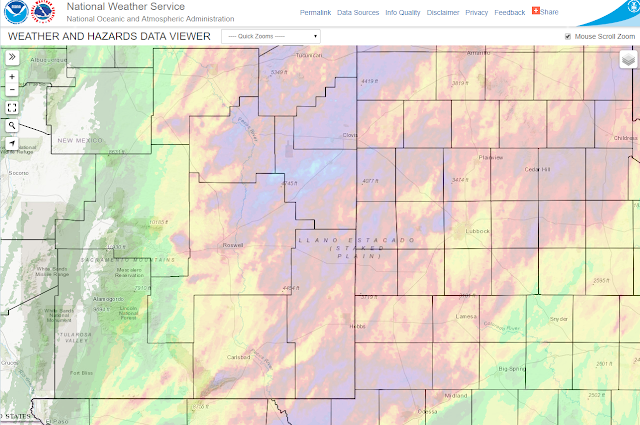 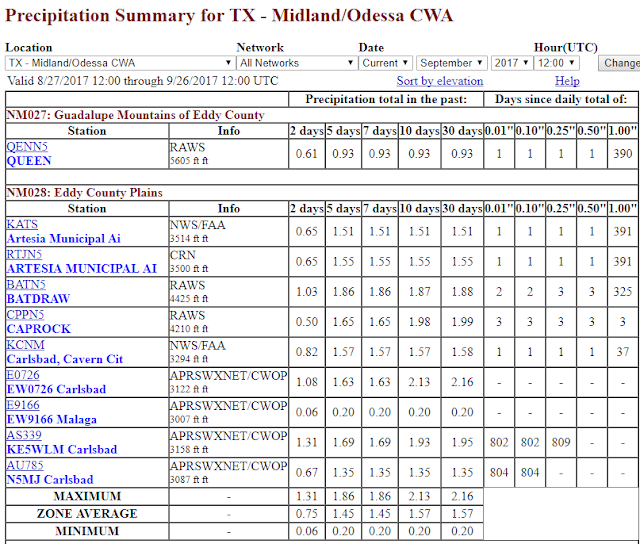 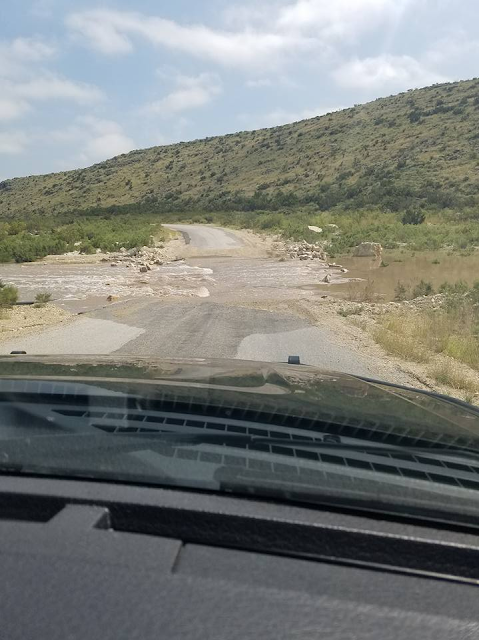 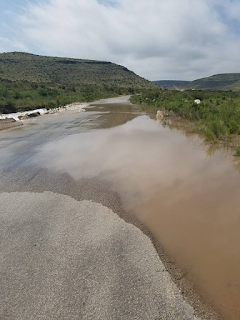 With estimated rainfall totals in the past three days in the 4" to 5" range over the Dark Canyon watershed southwest of Carlsbad this area is now primed to experience additional flash flooding should additional heavy rains fall over this area. Which currently is in our local forecast to occur. It won't take much more rainfall to produce flash flooding along and near the Dark Canyon Arroyo watershed as well as across other areas of Northeaster, Eastern, and Southeastern New Mexico and parts of West Texas. 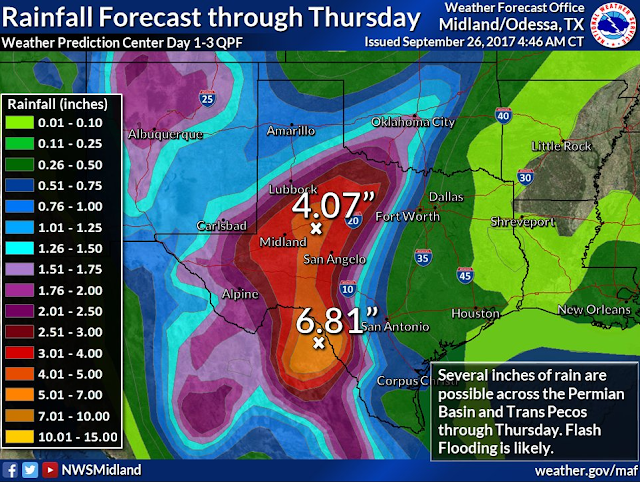 The Truth Is Stranger Than Fiction!
on September 26, 2017
Posted by Wendell Malone