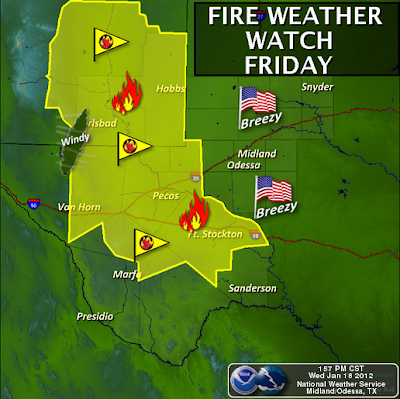 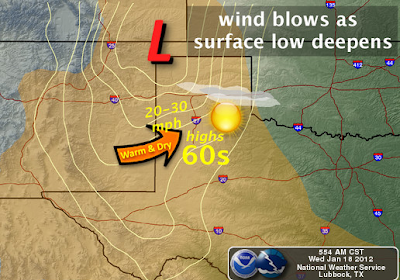 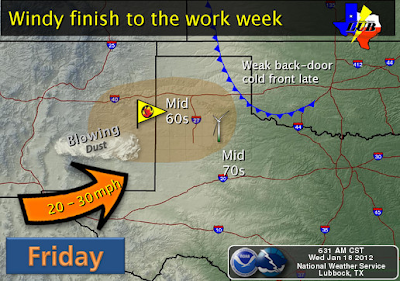 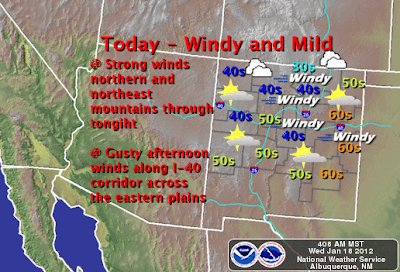 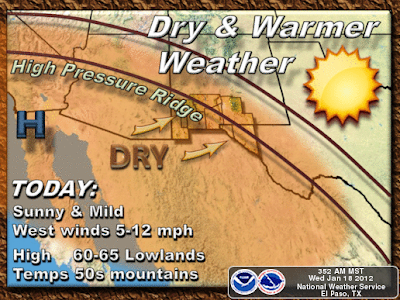 Sunny skies will dominate today into the weekend. Near record, to record high temperatures will be possible across the area Thursday and Friday. Our afternoon highs today will be in the upper 60's, with a few of us nearing 70. Thursday will be even warmer with highs in the upper 70's to near 80. Friday's high will be even warmer with a few spots topping out in the low 80's.

Strong gusty southwesterly-westerly winds will return Friday as a fast moving upper-level disturbance zips by to our north across Colorado. These winds will kick up to around 20-30 mph with higher gusts in the afternoon. Another High Wind Event may be possible for the Guadalupe Mountains. The weekend will be warm, and Sunday may be another windy day as a second fast moving upper-level disturbance moves by to our north. 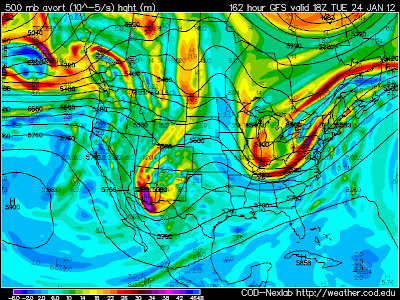 Last nights run of the ECMWF model backed off on the strength of our next potential Winter Storm early next week. The GFS model runs now look more like what the ECMWF model had been forecasting. It is now forecasting closed mid-upper level low diving southward into southeastern Arizona by around next Tuesday. Nothing new here, this has been the pattern this winter so far.

I think that we are still on track for seeing another strong Winter Storm develop over the Desert Southwest early next week. Remember we are talking about a storm that has not even formed yet, much less having been sampled by the upper air station network (the few that there are) over the Pacific Northwest. More on this later.

Bitterly Cold Across Canada This Morning. 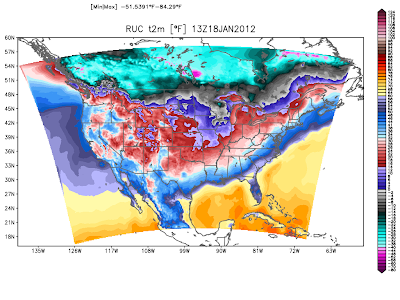 Surface Temperature Map At 6 AM MST.

Widespread temperatures of -20F to -30F cover much of Canada at sunrise this morning. A few areas are as cold as -40F to -50F, or colder across Central and Northwestern parts of the country. Still watching to see if a pattern change down the road will unlock some of this brutal cold and bring it south into the US over the next several weeks.

My Web Page Is Best Viewed With Google Chrome.
at Wednesday, January 18, 2012