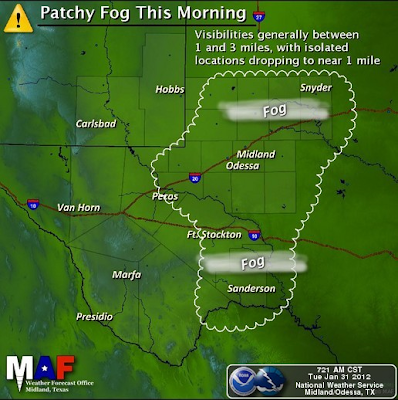 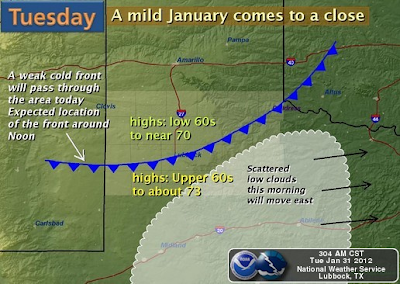 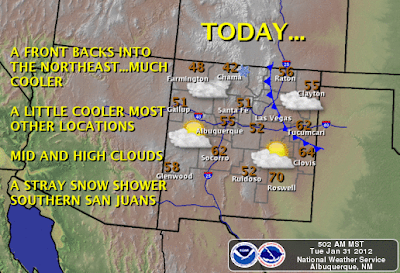 Very untypical late January weather is anticipated across the area today as we close out the month. Our afternoon high temps will generally range from 70-75 across SE NM. Mostly sunny skies and light winds are expected as well. It certainly will feel more like the first of March than the end of January with these temperatures. 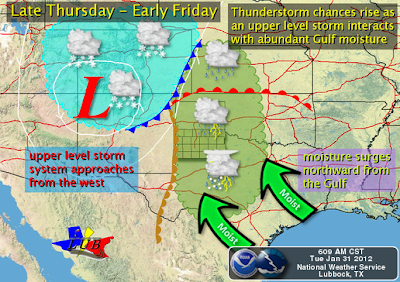 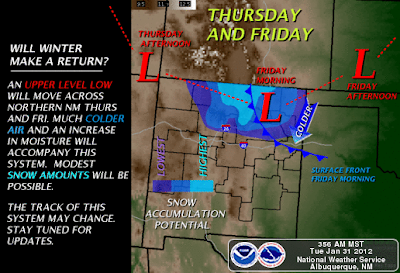 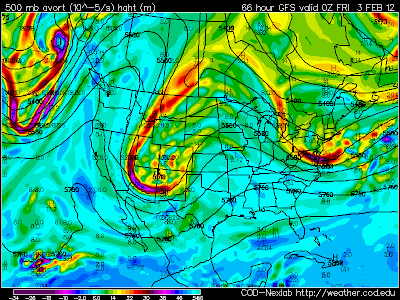 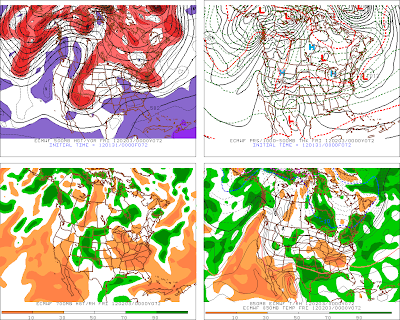 For now the models seem to be agreeing that an upper-level disturbance will dive southeastward out of the Pacific Northwest and into the Four-Corners Region by Thursday. They then forecast a closed low to form over northern New Mexico on Friday. The GFS model slowly moves the closed low northeastward into Kansas by the weekend. The Canadian model (CMC), and the European (ECMWF) model, move the closed low slowly eastward into northern Texas and southern Oklahoma into the weekend.

So there still remains a great deal of uncertainty concerning the track of this next winter storm that is forecast to affect the state late this week. If this storm does not track further to the south than is currently being forecast, then most of its weather should remain north of our area.

A strong cold front is forecast to enter SE NM Thursday night. Colder air will overspread the area Friday and Saturday behind the front. This mornings National Weather Service forecasts call for our high temperatures to range from around 70 to 75 on Thursday ahead of the front. Our afternoon highs will then drop down into the upper 40's to the low 50's behind the front on Friday. Saturday's highs are forecast to be in the 45 - 50 degree range. 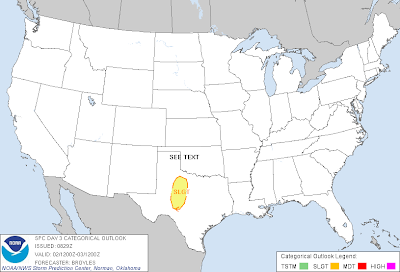 Map Is Courtesy Of The Storm Prediction Center.

As the upper-level storm approaches the area Wednesday and Thursday, the dryline is forecast to sharpen up across west Texas and perhaps eastern New Mexico. Gulf moisture is forecast to return to the area as low-level upslope flow increases ahead of this storm. Scattered thunderstorms may be possible across the area Thursday into Friday morning. Some of these could potentially become severe across parts of west Texas.