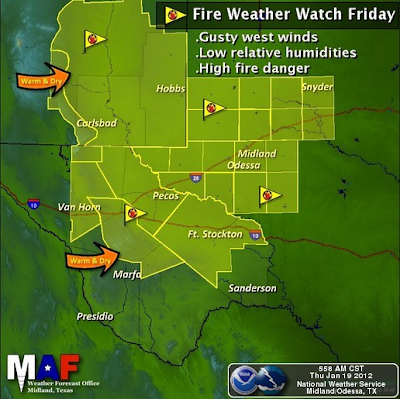 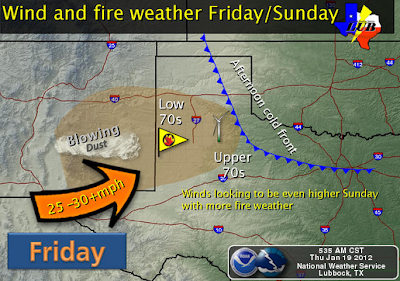 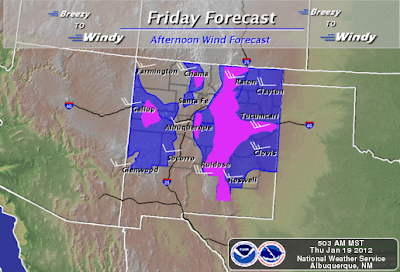 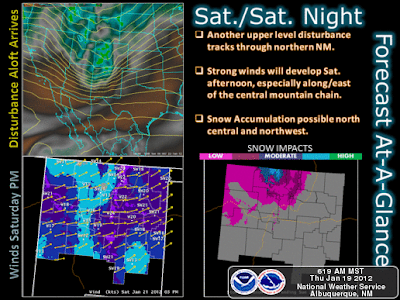 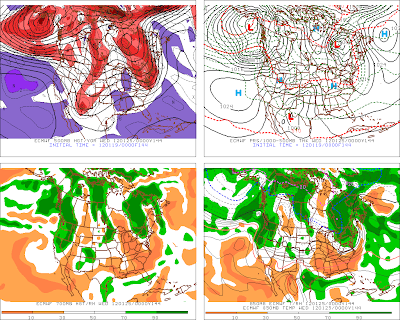 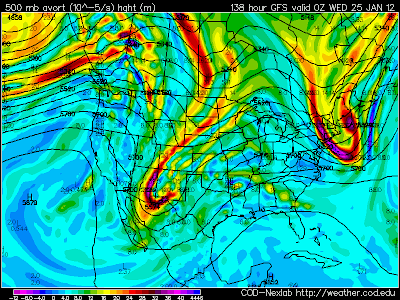 Last Nights 06Z/11 PM MST GFS 500 MB Forecast.
Valid At 5 PM MST Tue Jan 24, 2012.
Last nights model runs were doing a little better as far as agreeing on next weeks storm. Both the GFS and European (ECMWF) models drop a disturbance southward out of the Pacific Northwest and into the Great Basin this weekend.
They then close this system off over southwestern New Mexico by around next Tuesday. This pattern favors a better chance of us seeing precipitation across the area, Just how much moisture the storm has to work with, and how much cold air will be ingested into it, will determine who gets rain and snow and how much.
The Truth Is Stranger Than Fiction!
My Web Page Is Best Viewed With Google Chrome.