Watching The Tropics For Potential Relief.
Click On The Maps To Enlarge Them. 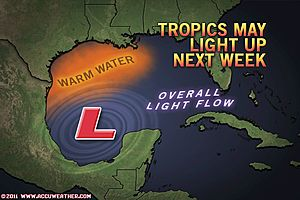 Map Is Courtesy Of AccuWeather.
Monitoring The Southwest Gulf of Mexico.
"The combination of an old frontal boundary, a weakening zone of high pressure, warm water, lowering wind shear, and the arrival of a tropical wave may lead to a tropical low or a disturbance next week around the Bay of Campeche." 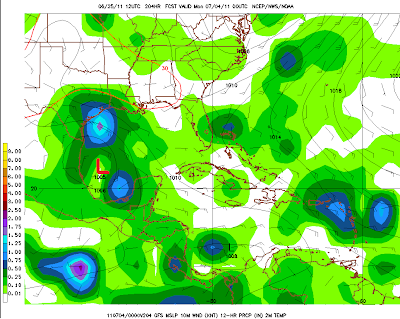 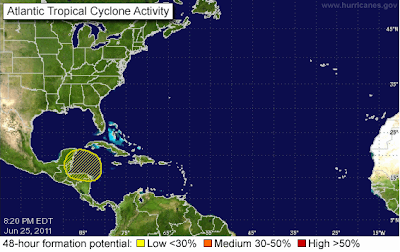 Map & Info Courtesy Of The NHC.
Next week may see the birth of the Atlantic Basins First Tropical Storm. If this does in fact happen, then the seasons first storm may be named Arlene. Its still way too early in the game to try and start pinning details on this potential down. The GFS model has been forecasting this development for the past several days now.
This mornings 12Z/6 AM MDT run of the GFS model, (snapshot above) develops a slow moving storm in the Bay of Campeche next week. It wobbles it around the southern to central Gulf of Mexico during the first week of July. A word of caution here folks, this is only one models forecast, and since a Tropical Storm has yet to develop, please take all of this with a grain of salt.
As I stated yesterday, this potential Tropical Storm that could develop next week, may or may not inject tropical moisture into our area with time. Its a long shot right now, but this storm could potentially act as a catalysis to help kick off our annual summer monsoon.
It May Take A Tropical System To Break This Historic Drought! 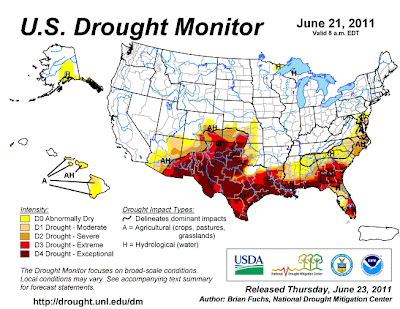