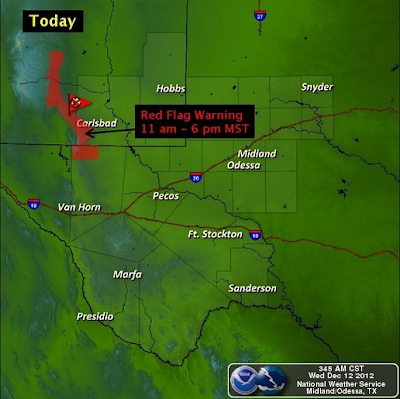 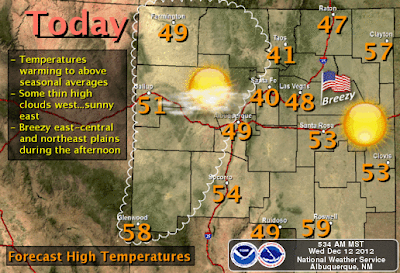 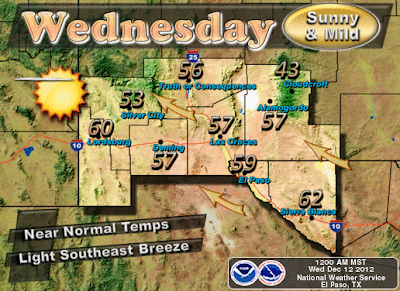 Beautiful weather will continue today and Thursday. Most of southeastern New Mexico will see high temps today in the upper 50's to the low 60's. Tomorrow's highs will be in the low-mid 60's. A Red Flag Warning is in effect today for the eastern slopes of the Sacramento Mountains, and the Guadalupe Mountains. 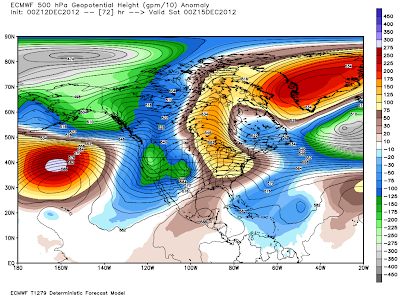 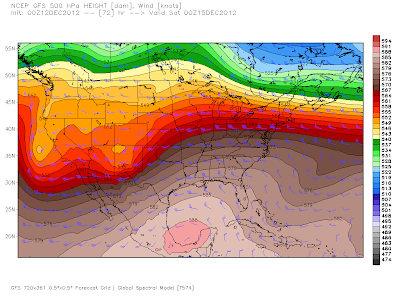 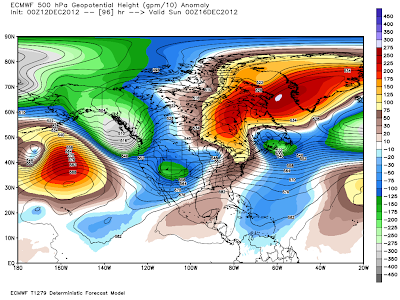 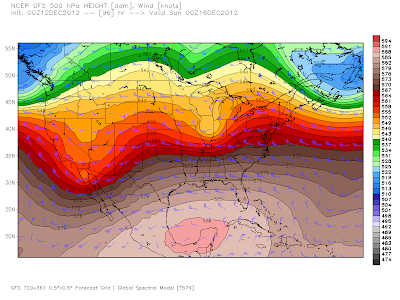 Our next winter storm poised to take aim at New Mexico is located over the Pacific Northwest this morning. This next mid-upper level short wave trough will move southward into southern California by around midnight Thursday night. It may briefly close off over northern Mexico and southern Arizona on Saturday as it begins moving eastward Friday night into Saturday morning. The storm should open back up as a trough of low pressure and move eastward across New Mexico Saturday and Saturday night according to the ECMWF model forecasts. 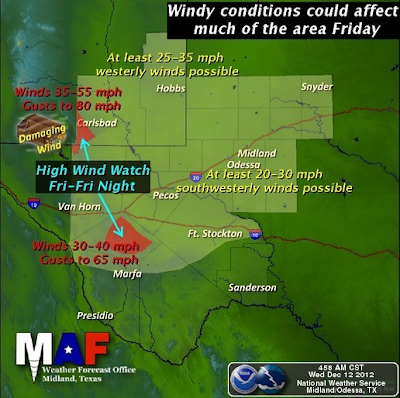 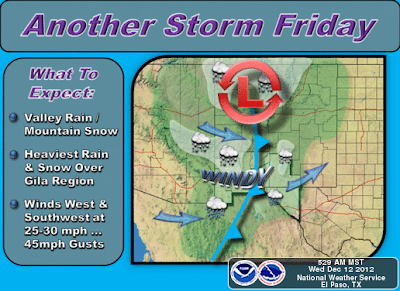 A High Wind Watch has already been issued for the Guadalupe Mountains for Friday. Westerly winds are forecast to increase to sustained speeds of around 35-55 mph with gusts near 80 mph. Southwesterly to westerly winds will likely kick up to around 25-35 mph with gusts near 50 mph across the lower elevations of southeastern New Mexico. Areas of blowing dust will also develop on Friday. 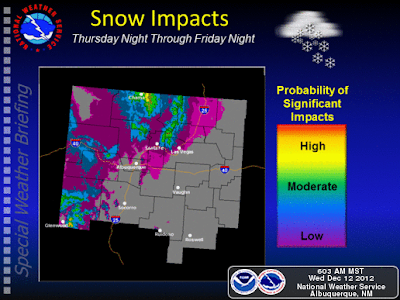 Snow levels will start out high on Friday over the Sacramento and Capitan Mountains, generally around 8,000' MSL. As the mid-upper level storm gets closer Friday into Friday night these levels will drop down to near 6,500' MSL. For now it appears that a couple of inches of snow will be possible over the Sacramento and Capitan Mountains above 6,500'. 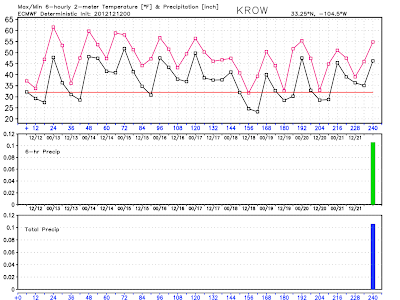 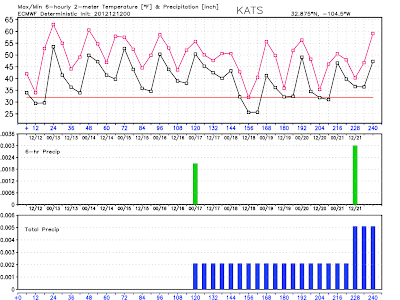 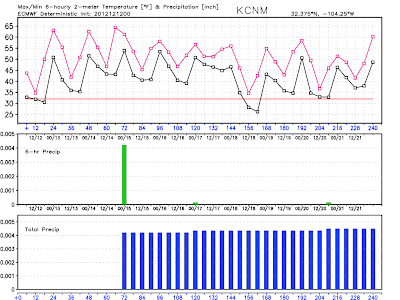 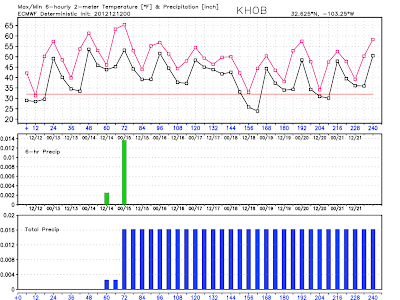 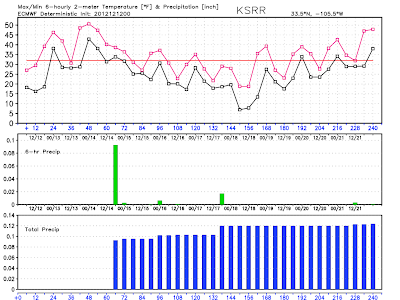 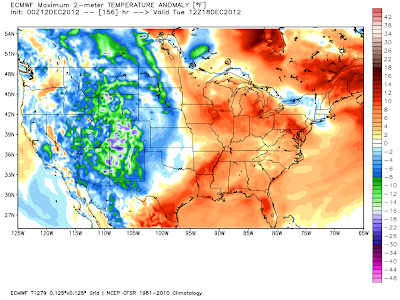 Take a look at the new feature that WeatherBell has added to their permium site. These are the 10-day temp and precipitation forecasts using the European (ECMWF) forecast model (last nights 00Z/5 PM MST run).

I will post these forecasts from time to time when something significant is going on with our local weather here in southeastern New Mexico. The U.S. GFS version of these forecasts are coming soon. Enjoy, and as always I appreciate you stopping by and taking a look at my web site. I love weather, and I love to write about it.