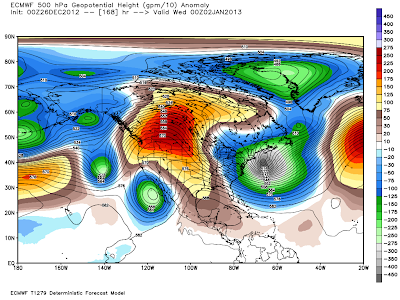 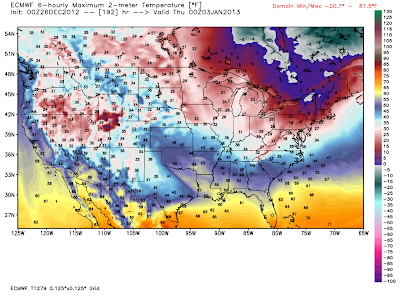 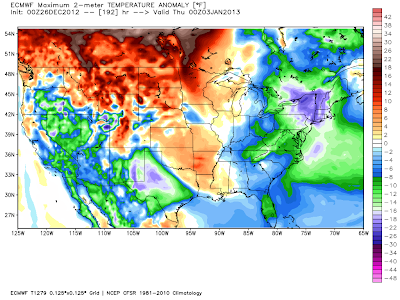 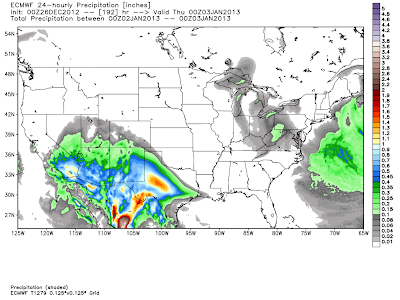 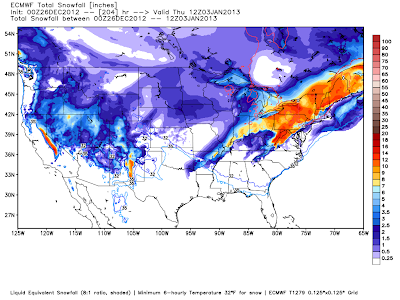 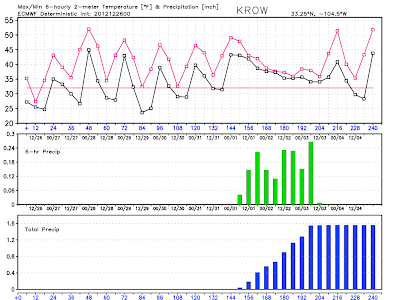 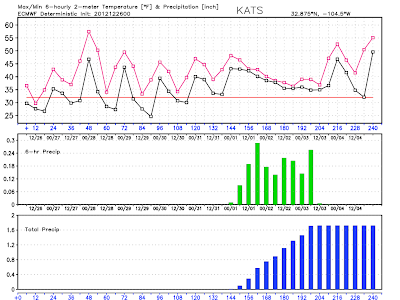 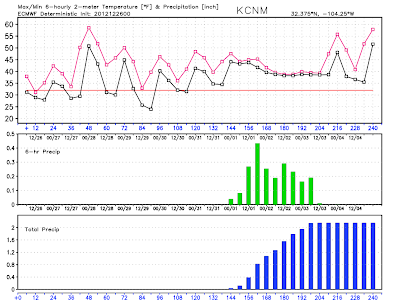 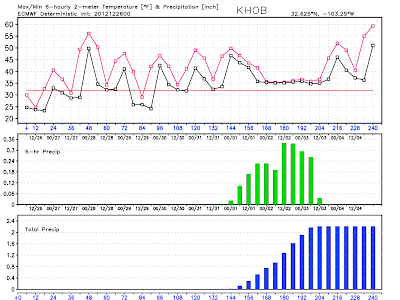 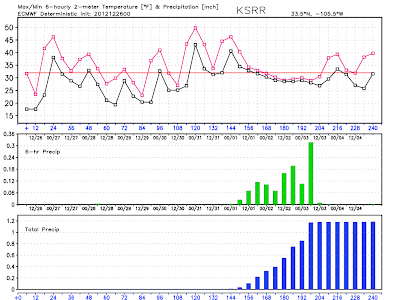 New Years may start out with a bang, not just with fireworks, but mother nature may be tossing a highly complex storm at us as well. Generally speaking a strong piece of energy (short wave trough of low pressure) is forecast by the models to drop southward out of the Pacific Northwest and into the Baja Region by around New Years Eve or New Years Day.

Its at this point that the models start dancing all over the place with their future forecast tracks and strength of this next Winter Storm in impact the state. The GFS seems to be the worst offender for now, so I didn't include any of its products in this blog.

This storm appears to have the potential to pick up some sub-tropical moisture from the southeastern Pacific. The European (ECMWF) model is certainely picking up on this. Yesterday mornings run was clobbering parts of west Texas with heavy snow by around January 3rd, as well as giving most of the local area a shot of seeing some of the white stuff on the ground.

Last nights run (00Z/5 PM MST) has backed off on the snow, warmed the storm up somewhat, and inidicates the possibility of moderate to heavy rain for parts of the area now.

With the storm roughly a week away I simply can't get too excited about which way the storm will end up going, and what type of precipitation and how much we will get out of it. I will say that this one at least for now, shows the best potential for some badly needed decent rain and snow amounts for us. More later.

My Web Page Is Best Viewed With Google Chrome.
on December 26, 2012
Posted by Wendell Malone