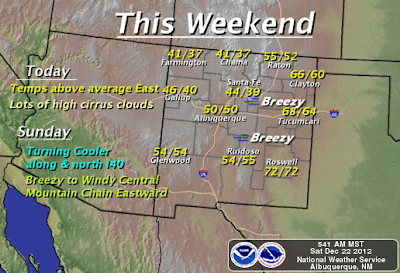 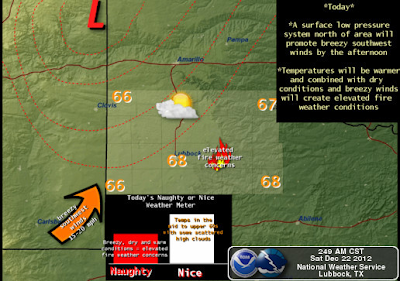 Sunny skies are expected across the area today and tomorrow. Our afternoon highs are forecast to range from the upper 60's to the low 70's today. Sunday's highs are expected to be in the low-mid 70's. 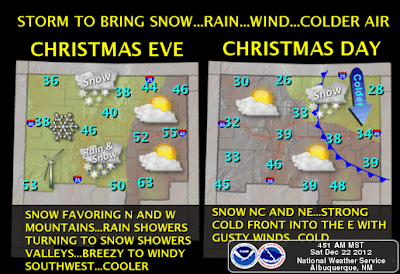 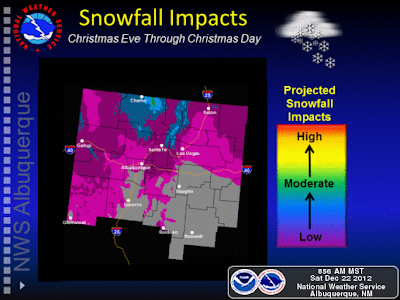 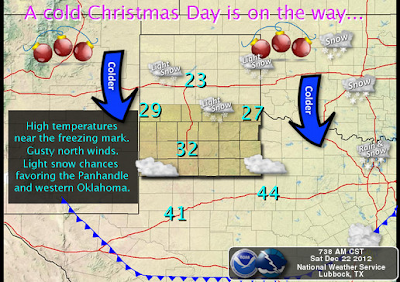 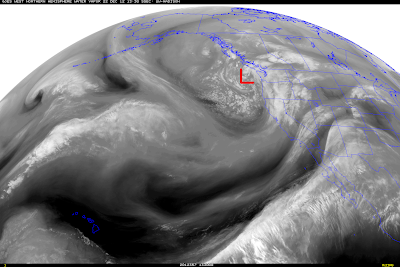 Water Vapor Satellite Image At 6:30 AM MST This Morning. 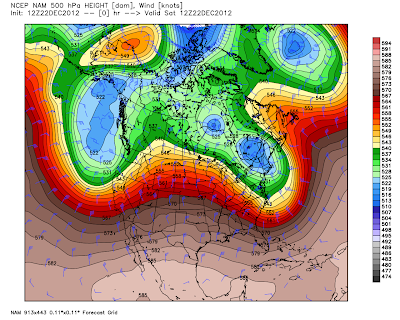 A deep and large upper-level storm continues to churn just west of the Pacific Northwest this morning.Unfortunately the models continue to struggle with this storms future strength and track.

One of the reasons for this is the unusually warm fall we had over the U.S. The models are still having a hard time shifting from that overall pattern to a progressively colder and stormier pattern that continues to evolve. Another reason why the models are struggling with this storm is the fact that its still over the Ocean where the upper air network is sparse to nonexistent.

Later this weekend the storm will enter the upper air network in the Pacific Northwest, and a better sampling of its parameters will be obtained, so we should see better forecasts concerning its track by Sunday or Christmas Eve.

New model runs come out every six hours, and I tend to ignore for the most part, the 06Z/11 PM MST, and the 18Z/11 AM MST runs, since they don't incorporate the upper air sounding data into their runs.Its also unwise when the models are flip flopping around this much to "chase after" each new run that comes out. Anyway, there remains a great deal of uncertainty concerning this next potential Winter Storm to impact the area, so look for additional changes and updates in our forecasts between now and Christmas morning. 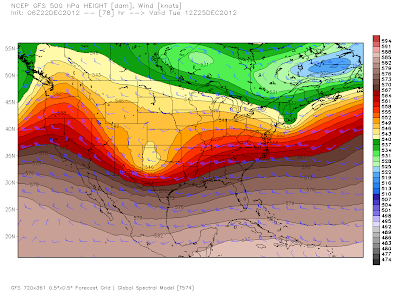 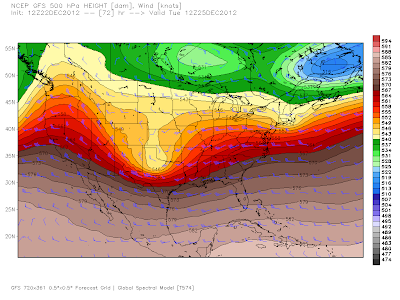 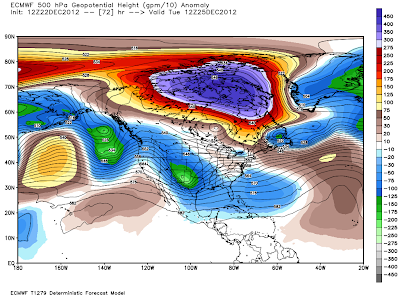 I added this mornings run of the European model, and notice how
it shifts the center of the upper-level storm from northeastern Texas
on last nights run, to southeastern New Mexico on this mornings
forecast run. This is just another example of the huge lack of
model consistency or continuity. Trust me this can make for
some trying times when trying to figure out a forecast for
Christmas for everyone living in our five state area. 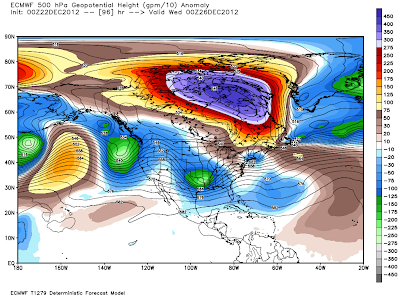 All three of the model forecasts depicted above have widely different forecast placements of the Christmas upper-level storm. The U.S. GFS model is bringing it near Lubbock, Texas as a closed low by sunrise Christmas morning. The European (ECMWF) model has it located over northeast Texas by sunset Christmas, and the Canadian (CMC) has it located over northern Texas by sunset Christmas. Notice that this mornings 12Z/5 AM MST forecast of the GFS model is very similar to last nights 00Z/12Z 5 PM MST run. 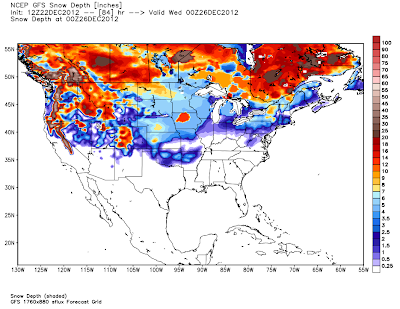 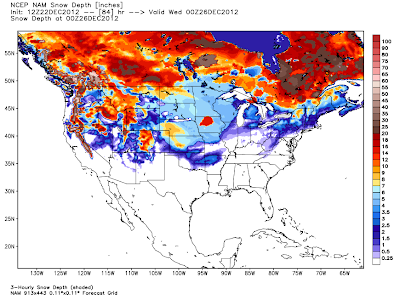 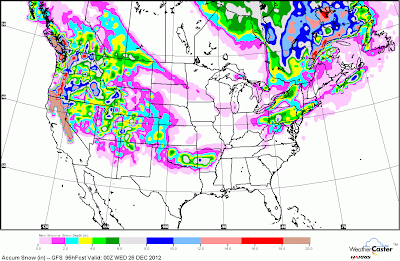 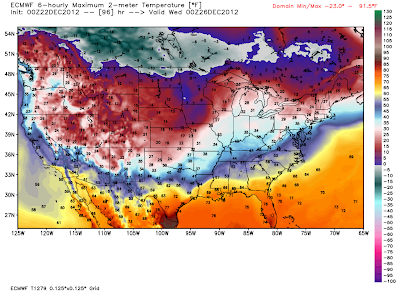 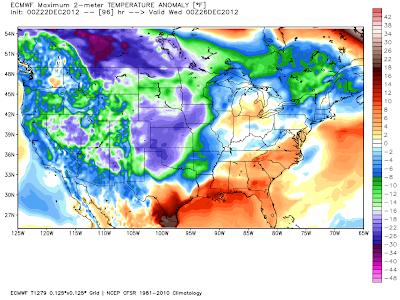 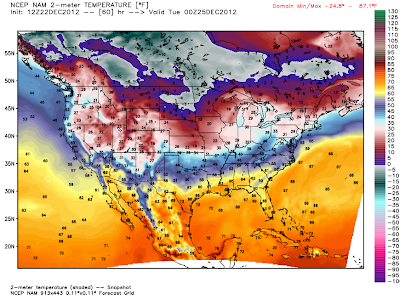 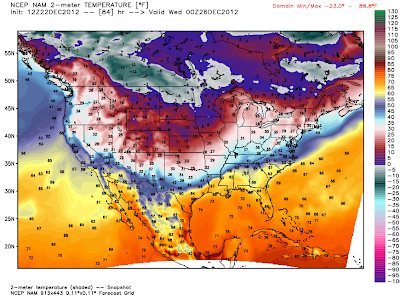 One thing remains fairy certain this morning, and that is it will be turning much colder for Christmas. A strong arctic cold front will rush southward into the area by Christmas Evening with sharply falling temperatures. Strong and gusty northerly winds will accompany the frontal passage creating low wind chill values.