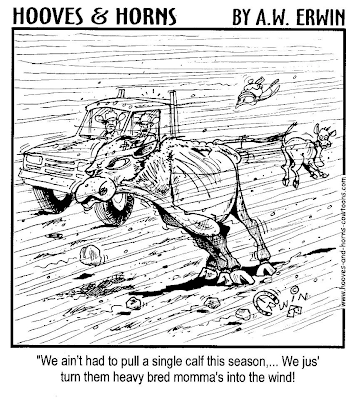 Pretty Much The Theme For Our Weather This Afternoon. 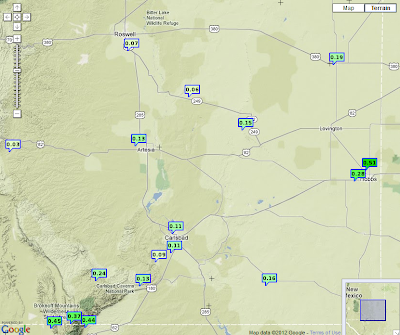 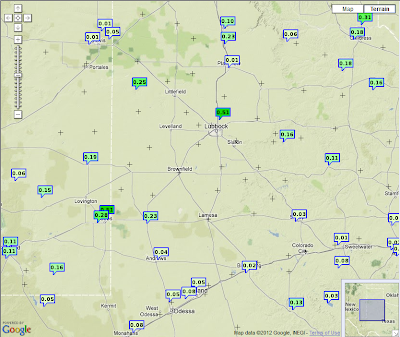 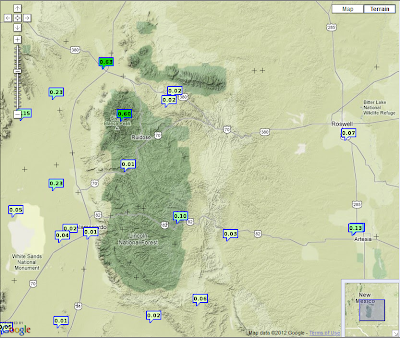 A mix of light rain, sleet, and snow was reported across the southeastern plains overnight. As far as I know there were no significant accumulations on the ground. Snow also fell in the Sacramento mountains and I will post those totals later today.

Winter Weather Advisory For The Sac's. 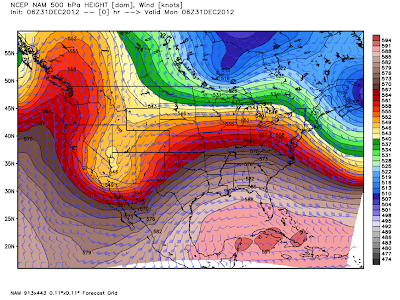 Dense Freezing Fog covers parts of southeastern New Mexico early this morning. Visibilities in the Carlsbad and Artesia areas are reported to be down to 1/4 of a mile or less. Some of are roads are glazed over with ice so please be careful out there this morning.

By mid-day the fog will have burned off. Strong downslopping southwesterly winds are forecast to kick up later this morning. These southwesterly winds will become sustained at around 30 - 40 mph with gusts near 55 mph across Eddy and Culberson Counties. They won't be quiet as bad across the rest of the southeastern plains, but it will still be a windy day.

We will see afternoon high temps in the mid-upper 50's today. A cold front will move through the area tonight, dropping our highs back down into the mid 40's for New Years Day, as well as on Wednesday and Thursday. Friday will see highs in the mid 40's to near 50.

Another Storm On Thursday? 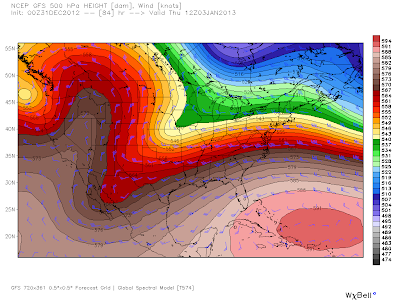 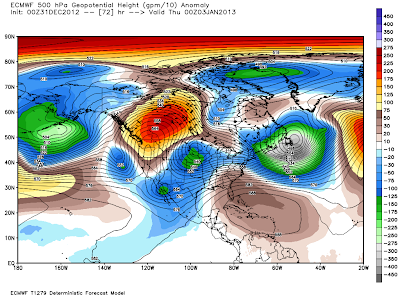 Our next storm to sweep across the state on Thursday does not look very impressive on last nights model runs. The European (ECMWF) sees to be the outliner in trying to close up a short wave over northwestern Mexico by Wednesday evening. But its not a certain call at this point given the models continuing struggle to forecast these systems of late. 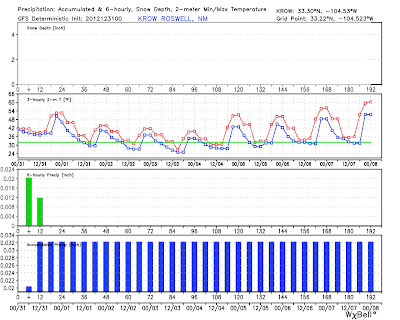 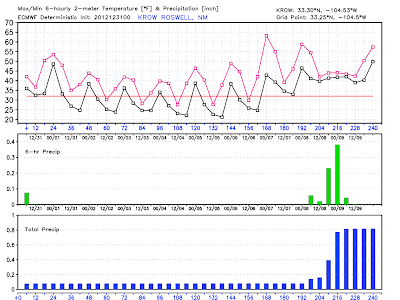 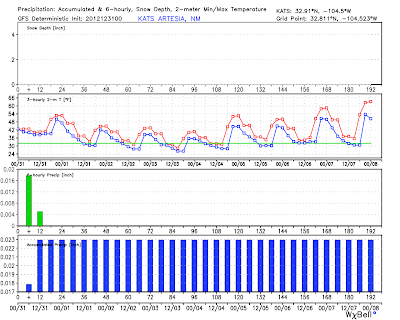 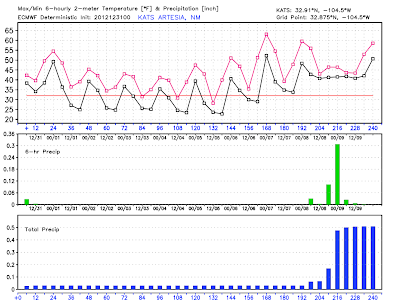 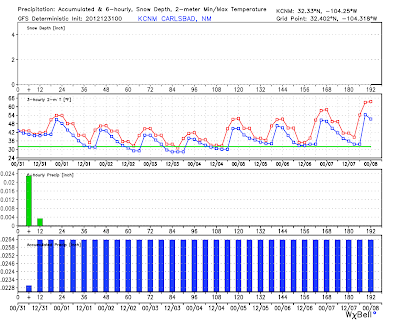 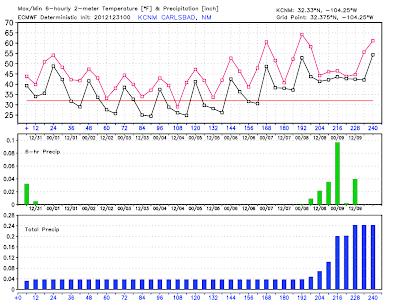 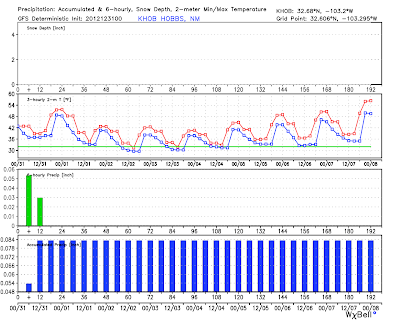 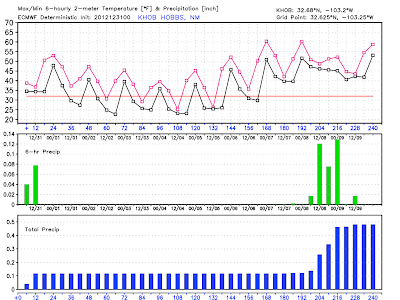 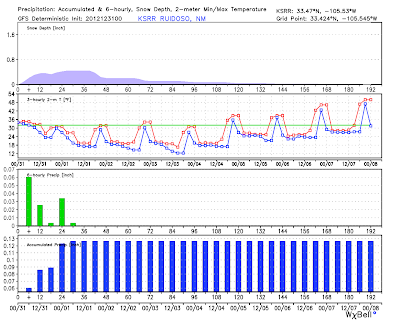 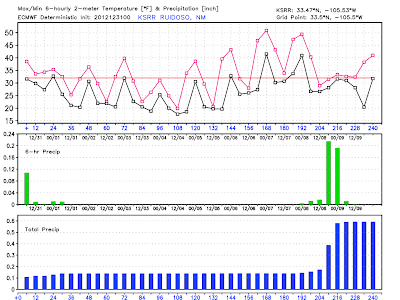 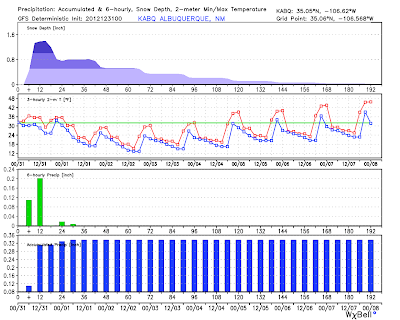 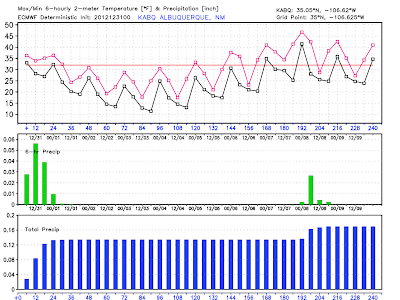