Snow Is Now In Our Forecast - So How Much? 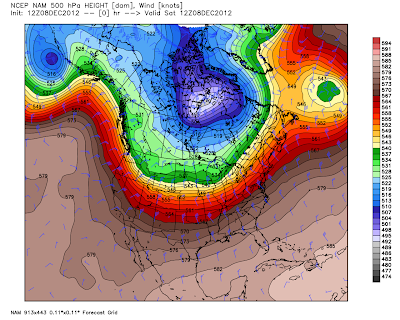 A large trough of low pressure (depicted on the map above) was draped across the northern U.S. at sunrise this morning. A dip in this trough will form today, then drop southward into the Four Corners area by tomorrow afternoon, (see the map below.)

For now it appears that the approaching winter storm is not going to close off over the state and stall. However, should this happen then our chances for heavier snowfall would increase. 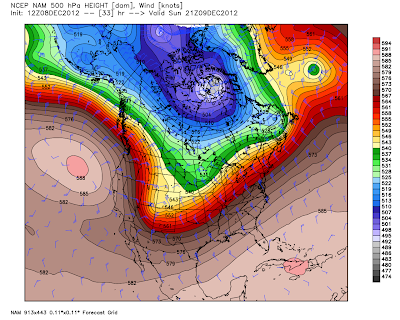 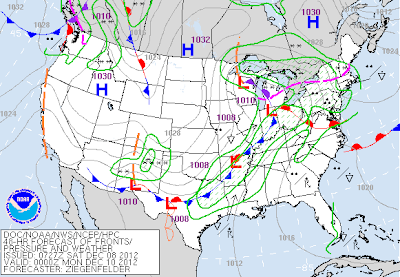 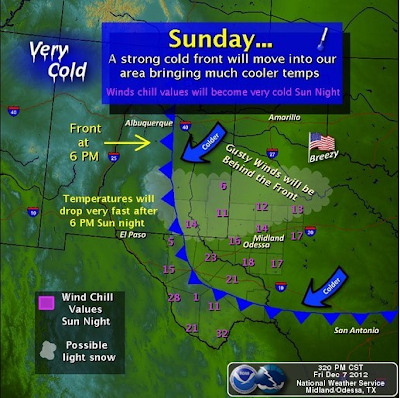 Our long stretch of incredibly tranquil and very warm weather over the month will come to an abrupt end after today. We are looking at high temps across southeastern New Mexico this afternoon in the low 70's under sunny skies. 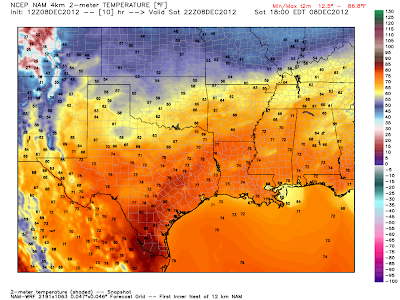 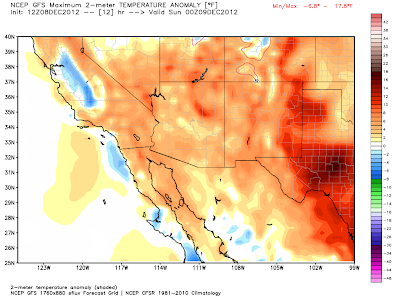 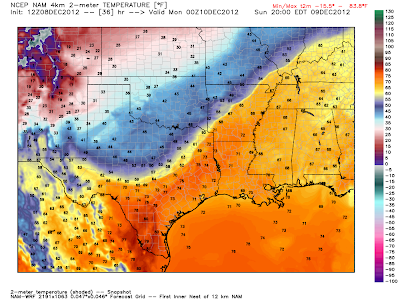 Much Colder & A Chance For Snow-
Sunday Night Into Monday.

As the upper level storm approaches the area tomorrow, a strong arctic cold front is forecast to plunge southward down the eastern plains of the state, and into the local area by nightfall. Rapidly falling temperatures, strong gusty northerly winds sustained at around 20-25 mph with gusts of 30-40 mph will accompany the frontal passage.

Areas of blowing dust are also forecast for parts of southeastern New Mexico, and west Texas along, and behind the arctic cold front for a couple of hours. Be especially cautious if you are out traveling the local highways tomorrow afternoon and evening. Sudden drops in the visibility down to less than one mile may occur over and near the following dust prone areas- freshly plowed or open and exposed farmlands, fields, and construction sites.

As much colder air rushes south into the local area behind the arctic cold front tomorrow night, our temperatures are forecast to plunge. Some of our current (issued at 4 AM MST this Saturday morning) National Weather Service forecast high/low temps Sunday afternoon and Sunday night include- Clovis 39/12, Roswell 52/20, Tatum 46/19, Hobbs 51/21, Artesia 52/22, Carlsbad 57/23.

Our wind chill values are forecast to plunge down to near zero in our northern areas, and to the single digits and teens across the rest of southeastern New Mexico, and parts of west Texas Sunday night into Monday morning. Be sure to bundle the kiddos up as they head out to school Monday morning, and don't forget yourselves either. 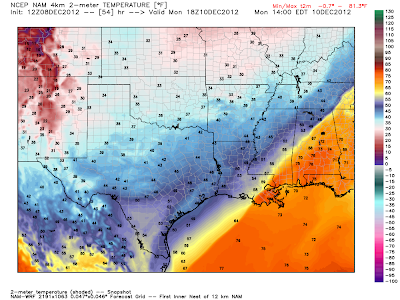 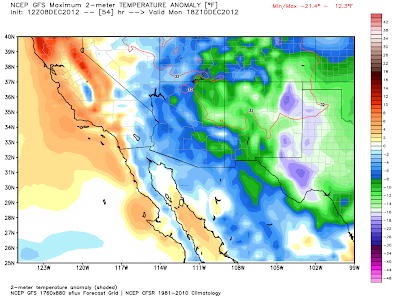 How Much Snow Will Fall?

Light amounts of snow have now been added to our local forecast. Accumulations from just a few flurries, or a perhaps a dusting, up to an inch or two over and near the mountains, and the northern sections of southeastern New Mexico will be possible Sunday night into Monday morning.

Could this change? Yes, if the upper level storm drops further to the south than this mornings models are forecasting, and if it stalls as a closed low over the area, and sticks around longer than what is currently being forecast. Otherwise, this storm will drop the heaviest amounts of snow over the mountains of the area, and across the central and northern areas of New Mexico. 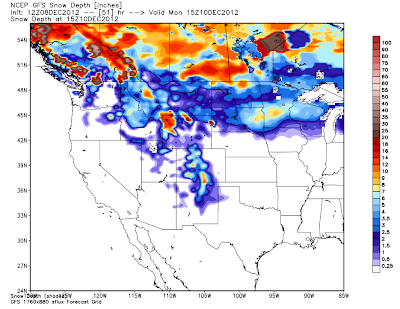 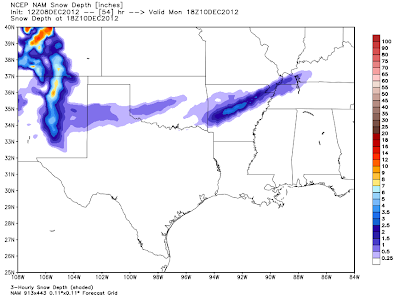 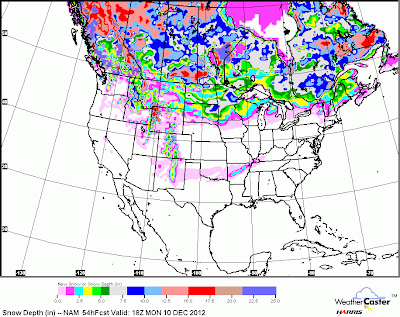 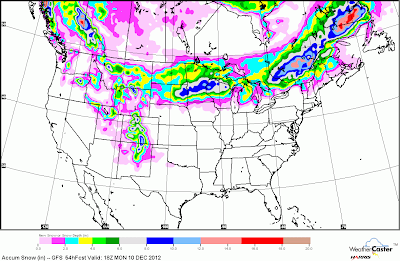