Next Storm To Bring A Wintry Mix Late This Weekend. 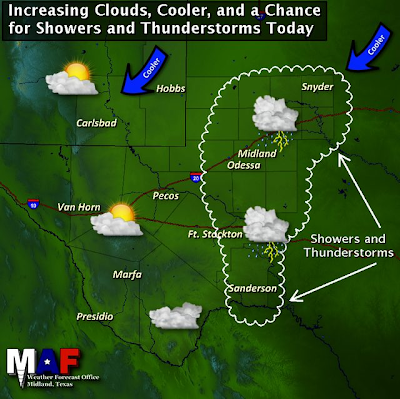 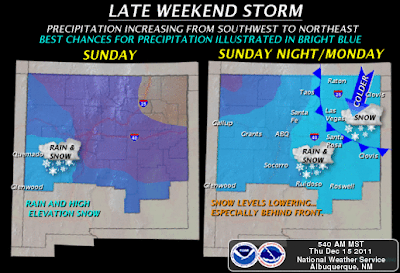 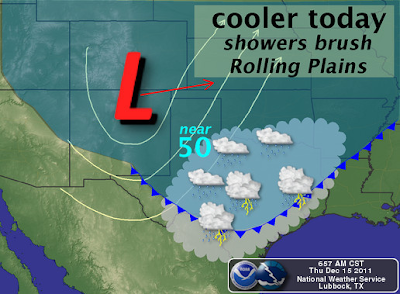 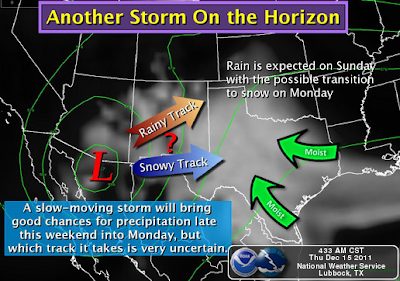 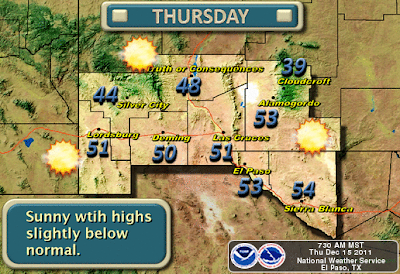 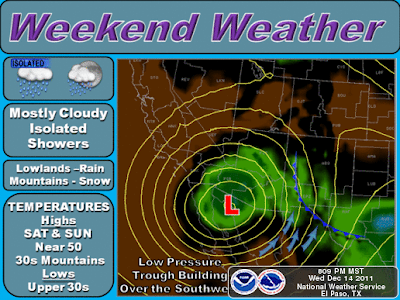 A broken deck of mid-level clouds blankets southeastern New Mexico skies this morning. Our skies will clear later today, with our afternoon temperatures climbing up into the upper 40's to the low 50's. A few spots may see the mid 50's. With clear skies, light winds, and a drier airmass in place over the area tonight, our low temperatures tomorrow morning will dip down into low-mid 20's.

Saturday will see an increase in clouds with afternoon highs in the upper 40's to the low 50's. Then the fun starts Sunday into the first of next week with Winter Storm #1. Two more additional Winter Storms may impact our weather Christmas week into the Christmas weekend. 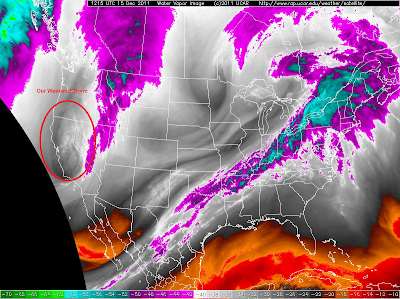 Water Vapor Satellite Image At 5:15 AM MST This Morning. 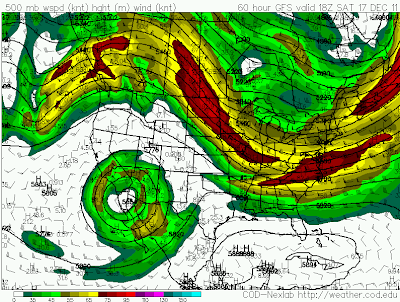 By Saturday the cutoff upper-level low should be located near the northern Baja, California Region. The models are hinting that this storm will then crawl very slowly eastward just south of the Arizona and New Mexico state lines into at least Sunday, and maybe Monday. Cutoff lows are a pain in the neck to try and forecast, so I will not be surprised if this one does not act according to model forecasts. 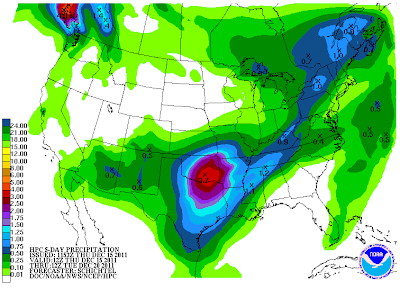 A surge of colder air is forecast to slide southward down the eastern plains of the state Sunday night into Monday. If this colder airmass arrives ahead of the approaching upper-level storm to our west Sunday night, then our chances for seeing the white stuff across the lower elevations of SE NM will increase. A later arrival time would mean more rain for us than snow. A mixed bag of wintry precipitation looks like a possibility Sunday into Monday...perhaps changing over to all snow by Monday morning across eastern and southeastern New Mexico. Its early yet so the details of the potential impacts upon our local weather are not set in stone just yet.

A very stormy pattern looks to be taking shape across the area from late this weekend into Christmas week, and potentially into the Christmas weekend. The split flow in the Jet Stream will continue to send a series of winter storms southward into the Desert Southwest, which will impact New Mexico with varying types and amounts of wintry precipitation. Cold surges of arctic air will also invade the local area from time to time.

Please check back here often for all of the latest details. I will update my web page daily as needed as the details become available.

A powerful, and slow moving upper-level storm tracked right over the top of southern and southeastern New Mexico, December 13th through the 15th in 1987. This potent winter storm interacted with cold arctic air at the surface, and produced some memorial snowfall totals across the area.

Snowfall And Temp Data Is Courtesy Of-

The Truth Is Stranger Than Fiction