Blog updated at 8:20 PM.
New Mexico The Time To Prepare Is Now! 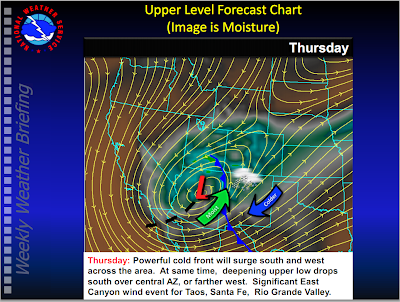 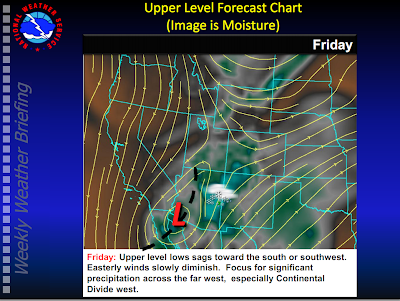 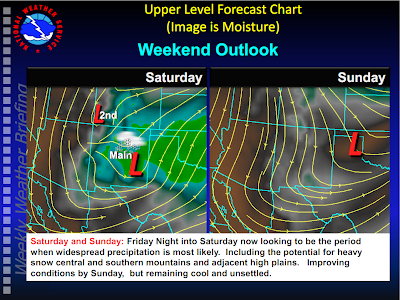 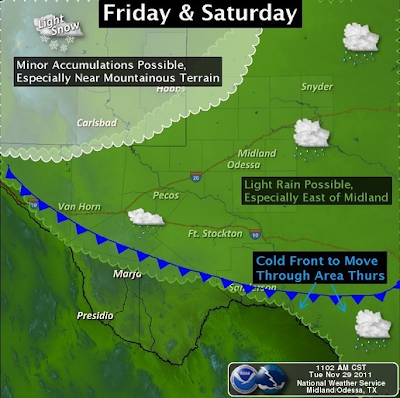 Map Is Courtesy Of The Midland NWS Office.
Upper-Level Storm Entering The Pacific Northwest At
2PM MST This Afternoon. This Is Our Potentially Major
Winter Storm That Will Impact Our Weather Into Sun. 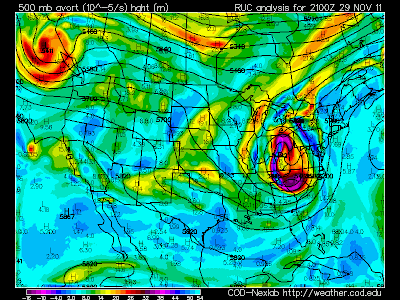 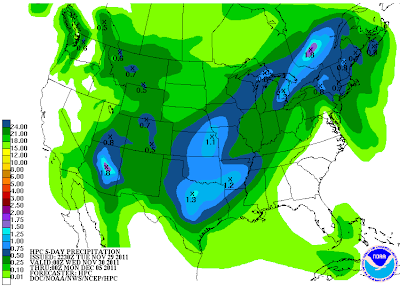 Special Video Briefing From NWS Albuquerque.
Potential For A Major Winter Storm To Impact New Mexico
Thursday Into The Weekend. High Wind Warning Across The
Central Mountain Chain, And The Albuquerque Metro Area
Thursday Night. Damaging Winds Will Be Possible. East
Winds At 40-50G70 MPH.
Potential For Heavy Snowfall Across Parts Of The State
Especially Across The Mountains. Accumulating Snows
May Also Fall Across Southern And Southeastern New
Mexico, Eastern New Mexico, And Parts Of West Texas.
There Could Be Some Significant Travel Problems Across
The Entire Area Thursday Into The Weekend.
----------------------------------------------------------------------------------
As I have been mentioning for the past couple of days, this impending potentially Major Winter Storm is going to be a complicated mess. It is now forecast to drop a wide swath of precipitation from Arizona into Texas Thursday into the weekend. Once again, its just about impossible to try and nail down just who gets the the heaviest snowfall across the lower elevations of New Mexico and surrounding West Texas. The mountains certainly have the potential to pick up some very heavy snowfall totals, especially across the higher elevations.
This storm may deliver two punches to the state and surrounding areas.The first punch comes Thursday night into Friday, and the second once Saturday into possibly Sunday. A second surge of arctic air may work its way southward down the eastern plains, and into southeastern New Mexico on Saturday.
My next update on this storm will be tomorrow morning.Thanks for stopping by.
The Truth Is Stranger Than Fiction!
at Tuesday, November 29, 2011