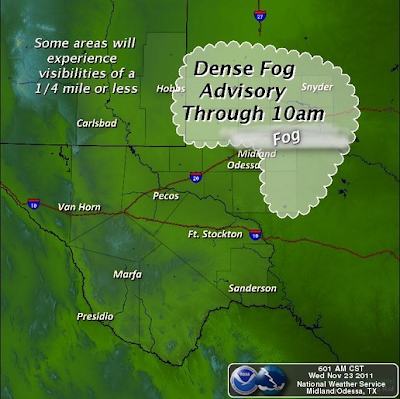 Another beautiful day is on tap for southeastern New Mexico today. Sunny skies and light winds along with afternoon high temperatures in the upper 60's to near 70 are expected. 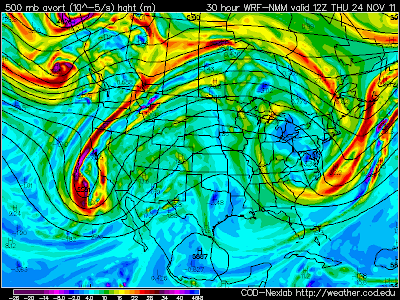 Thanksgiving Day will be rather nice across SE NM this year. Mid and high level clouds will increase throughout the day. We are still expecting to see our afternoon high temperatures to climb up into the mid 70's. The strong upper-level storm depicted above will begin its trek
eastward towards the state into Thanksgiving night.

As the upper-level storm approaches the area, it will begin to draw some of the remnant moisture from Hurricane Kenneth northeastward into Arizona, and New Mexico Thanksgiving Day into Friday. 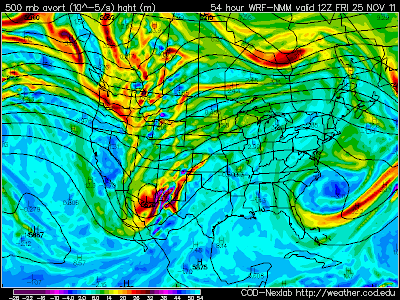 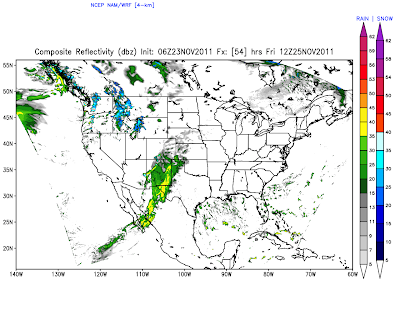 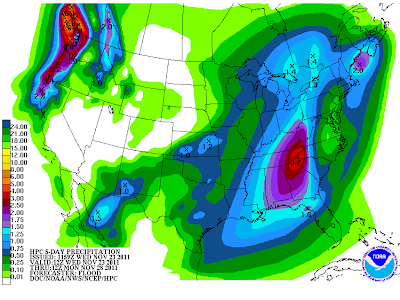 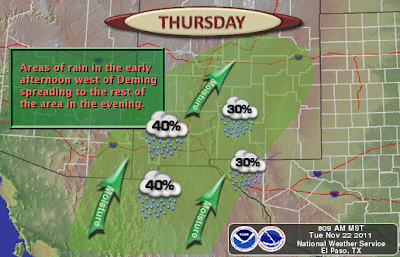 By late Friday afternoon the rain showers will be moving eastward into Texas, as a Pacific cold front moves in from the west. Skies will be clearing and temperatures will be falling behind the cold front. Our high temps on Friday will be in the low-mid 60's.

A stronger polar cold front will sweep southward into the area Saturday morning. Very windy conditions are likely along, and behind this front as it pushes southward. Northwesterly to northerly winds may gust up to or over 50 mph. Our highs on Saturday will only be near
50 to the low 50's.

Snow levels will be high on Thanksgiving Day, and will generally be between 9,000 - 10,000'. As the upper-level storm moves across the area on Friday, snow levels will drop throughout the day. By Friday afternoon the snow level will have dropped down to around 7,000'.

Moderate to heavy snow may fall over the Sacramento Mountains for a brief time Friday, which could at least produce a couple inches of snowfall. Higher snowfall totals will likely fall at Ski Apache...in fact I think that they could end up a decent snowfall event out of this storm. I would not be surprised if they end up with close to a foot of snow.