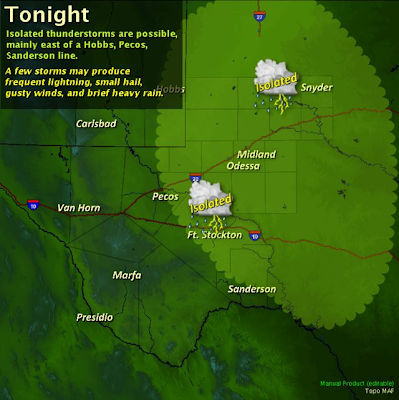 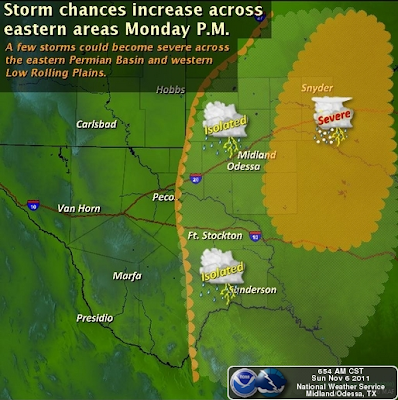 Map Are Courtesy Of The Midland NWS Office. 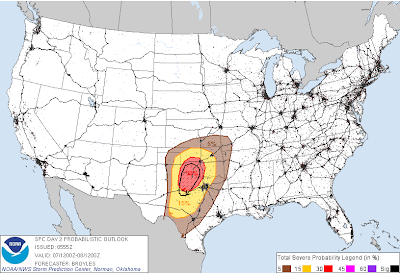 Map Is Courtesy Of The Storm Prediction Center (SPC).

As crazy as it sounds this may become a reality.I realize that it is nearly the middle of November but mother nature appears to care less. The next upper-level storm is forecast to send a strong trough of low pressure into the area Monday and Tuesday.

The dryline is forecast to become established near the New Mexico/Texas State line tonight. A few t-storms will be possible along and east of the dryline late tonight, mainly from Lea County eastward. A few of these t-storms will be capable of producing frequent cloud to ground lightning strikes, small hail, gusty winds, and brief heavy rainfall. Please click on this link to view the latest Hazardous Weather Outlook from the Midland National Weather Service Office.

A better chance for t-storms will occur across West Texas tomorrow afternoon and evening as low-level moisture from the Gulf of Mexico increases and the atmosphere continues to destabilize. Some of these t-storms may become severe across the Eastern Permian Basin of West Texas. A few supercell t-storms will be possible and will be capable of producing large hail, damaging t-storm wind gusts in excess of 58 mph, frequent deadly cloud to ground lightning, and locally heavy rainfall. 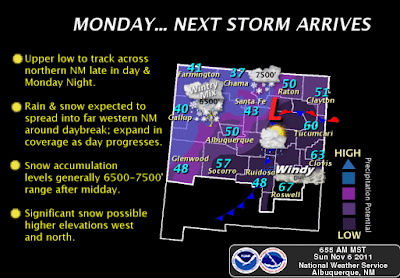 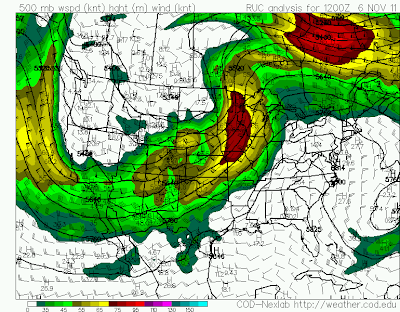 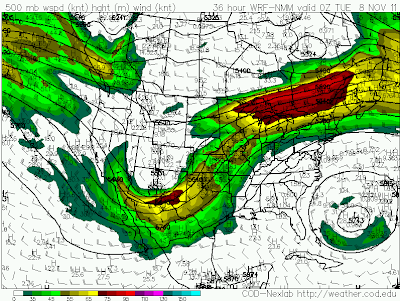 Our recent active weather pattern will continue this week as yet another strong upper-level storm takes aim on the state. This one appears to be a little stronger, and will dig a little further south than yesterdays storm. This will give the Sacramento mountains another shot at seeing some snow.

Southwesterly winds will pick up across the area on Monday but will not be anywhere near as strong as they were on Sunday across SE NM. For a summary of the peak gusts recorded across the local area on Sunday please visit this link: http://www.senmwx.com/2011/11/peak-wind-gusts-today.html#links.

Or you can view yesterday's blogs (or any of my recent blogs) via any of the new blog looks (Classic Mode, Magazine Mode, Sidebar Mode, Timeslide Mode, Flipcard Mode, Mosaic Mode, or Snapshot mode.) If you want to view just my daily blogs via your smart phone then please use this link- http://www.senmwx.com/?m=1

Looking Ahead To A Stormy Pattern. 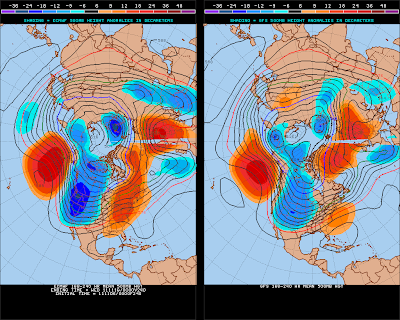 Both The European (ECMWF) And The GFS Depict A
Pattern Of Below Normal Heights At 500 Millibars
(18,000' Mean Sea Level) Over The Next 10 Days.

One storm may affect the state this weekend with the potential
for a stronger and colder storm early next week. It appears
that a pattern change may be developing, and this could
potentially mean better chances for rain and snow across
New Mexico, especially over our mountains.

First Image Is Before The Earthquake. 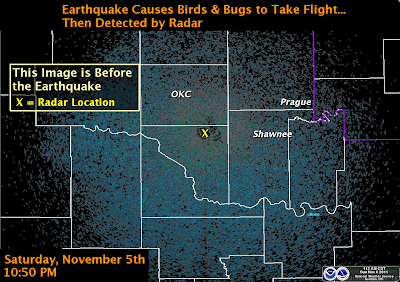 Second Image Is During The Earthquake. 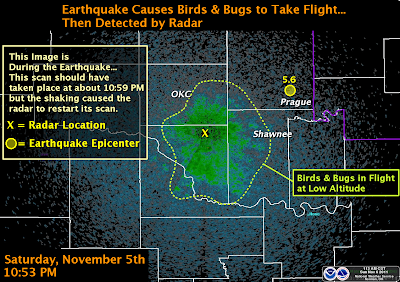 Third Image Is After The Earthquake. 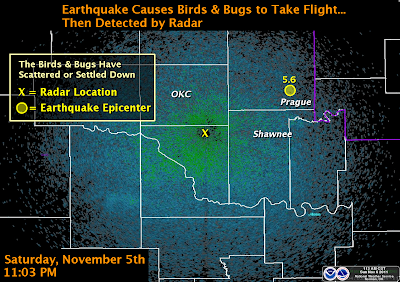 The largest earthquake in Oklahoma's history occurred Saturday night and centered near Sparks, 44 miles northeast of Oklahoma City. The 5.6 quake caused damage but early reports indicate nor injuries or deaths from the quake have been reported so far.