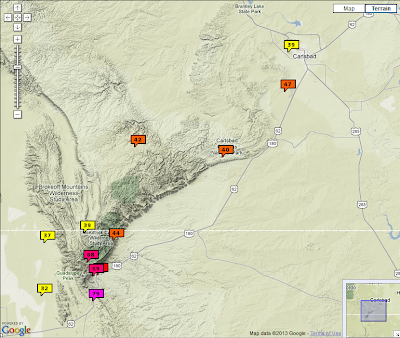 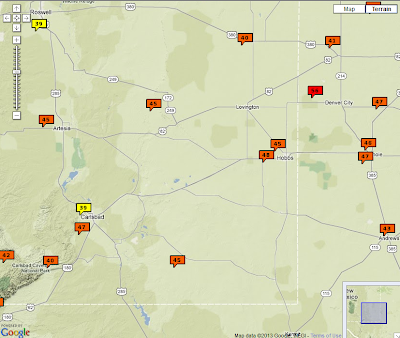 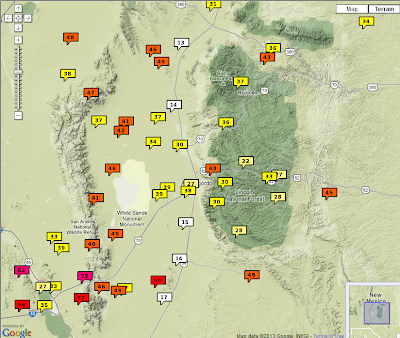 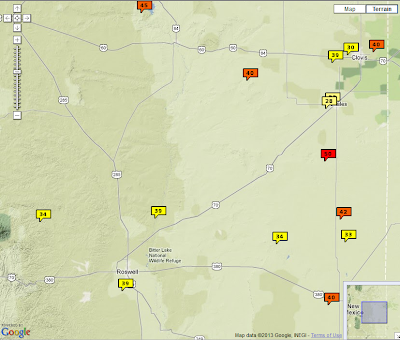 Our local National Weather Service forecasts were calling for westerly winds to gust up to between 60 - 70 mph yesterday, this failed to materialize over most of the local area, and thankfully so. A deck of mid-level clouds combined with the early arrival of the cold front yesterday morning prevented the stronger winds aloft from mixing down to the surface. Not that I'm complaining though because the dust was bad enough as it was. 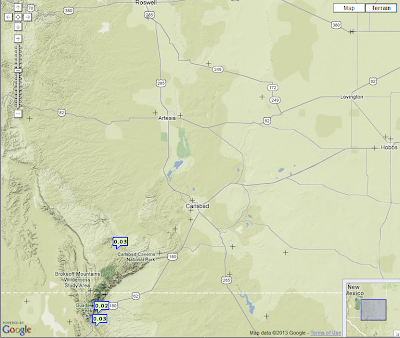 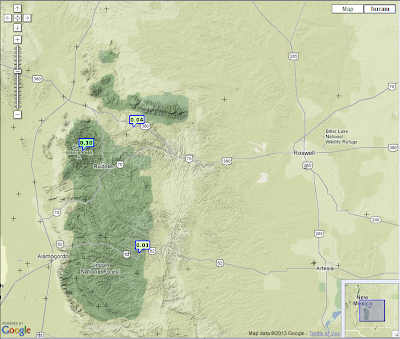 A few mountain locations managed to squeeze out a little bit of moisture from those clouds. Heavy snow was reported to have fallen 5 miles southwest of Bonito Lake with 13" measured. Ski Apache picked up 6" of snow from this storm as of early yesterday which brings their seasonal total up to 41.5". Cloudcroft reported 5" of new snow with 18" drifts. Additional CoCoRaHS rainfall and snowfall reports will be available after 8 AM MST this morning.

Next Storm On The Horizon. 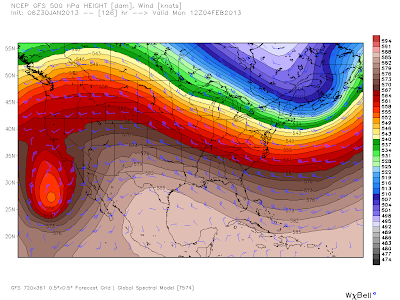 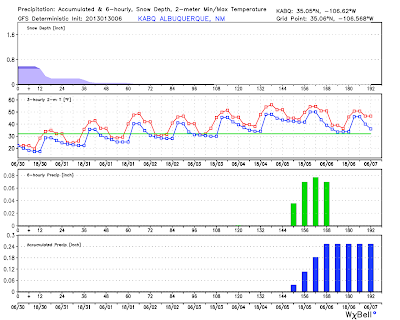 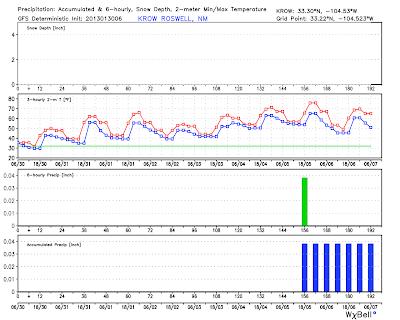 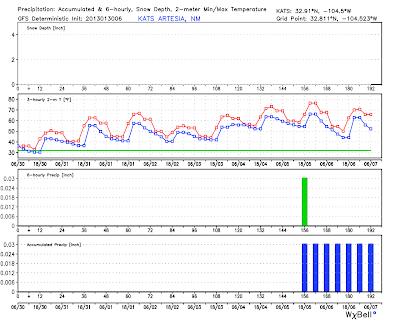 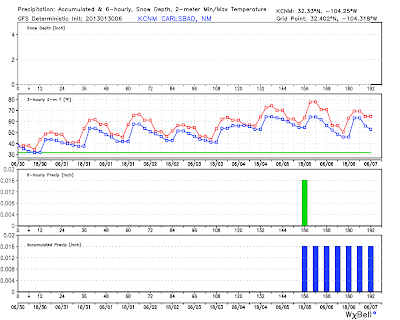 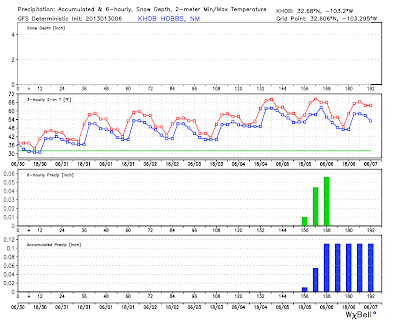 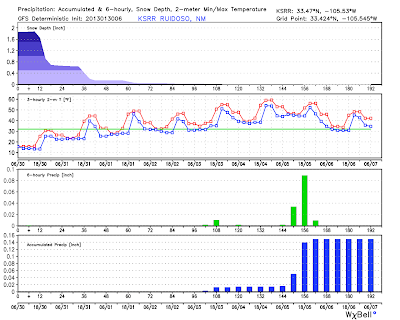 Looking down the road our local weather will be fairly quiet today into the weekend. Our high temps in the Pecos Valley and the rest of southeastern New Mexico will be a little on the cool side today with readings in the low 50's. We are looking at the low-upper 60's Thursday into Sunday. By Monday Roswell, Artesia, Carlsbad, and Hobbs all should be flirting with 70-degree readings once again.

There remains some disagreement amongst the models concerning our next storm which will impact the area by the first of next week. The GFS is stronger with this storm while the ECMWF is weaker and slower. Either way it does not appear to be a major storm at this point in time.

The Truth Is Stranger Than Fiction!
My Web Page Is Best Viewed With Google Chrome.
on January 30, 2013
Posted by Wendell Malone