Winter Storm Headed For The Area! 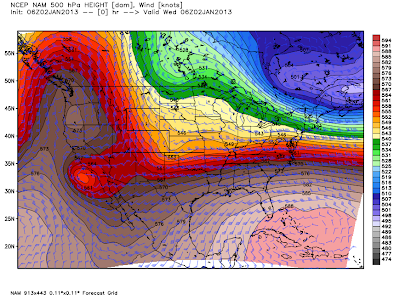 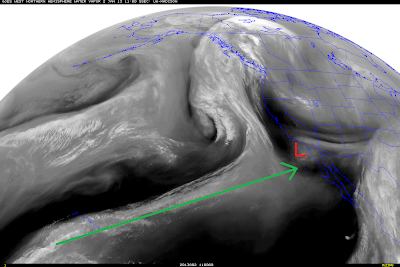 Water Vapor Image At 4 AM MST This Morning.

A long fetch of mid-high level subtropical moisture can be seen streaming northeastward from southwest of Hawaii to the Baja Region. This moisture feed is going to help energize our winter storm.Low-level easterly upslope flow is also forecast to increase across the area tonight into Friday. With a cold air mass already in place, this looks like a classic southwestern snow storm setup to me. There is the potential for some of us to see some heavy snowfall from this one.

Storm Location Is The Key. 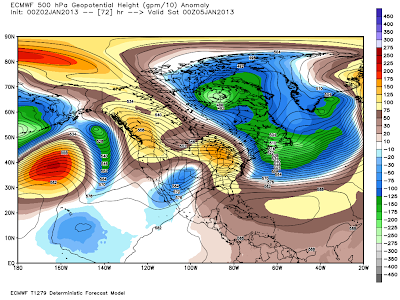 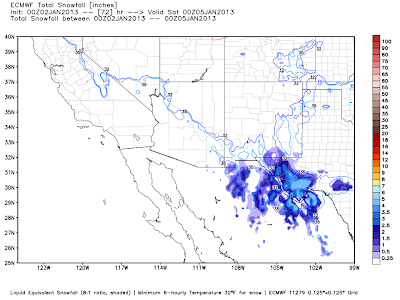 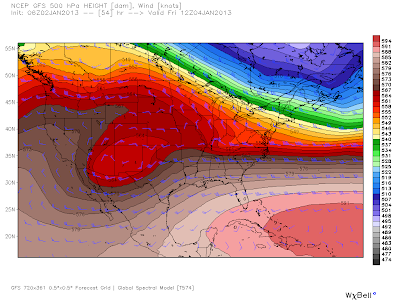 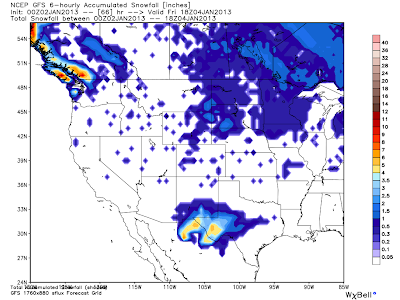 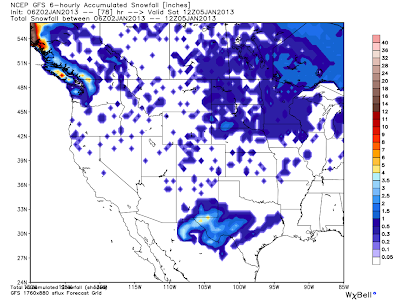 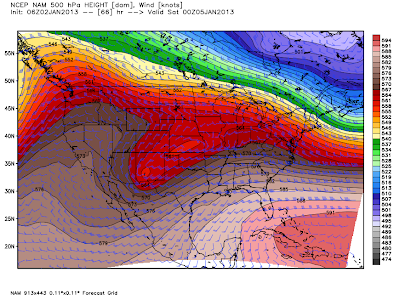 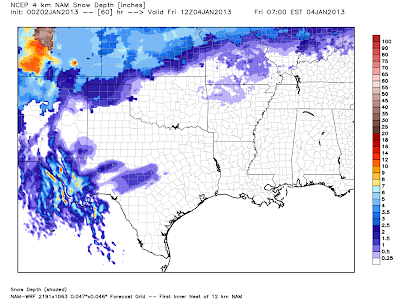 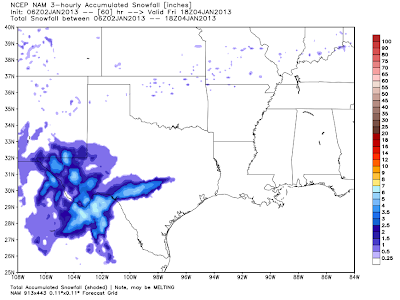 Whenever a storm drops into northern Mexico as this one is going to do, they often try and cutoff from the main jet stream to their north, and tend to linger in the area longer than the models forecast. So far the models are not indicating that this storm will do this...but it needs to be watched. The longer it lingers to our southwest and south, the more snow we potentially will get. Use the snowfall forecast maps above as a guide since there will likely be some changes in these forecasts with today's new computer model forecast runs.

There still are some timing and placement issues among the models concerning just how long the storm lingers in northern Mexico before ejecting northeastward. Please check my web page often for the latest updated National Weather Service forecasts, watches, warnings, and special weather statements concerning this winter storm to impact the area. 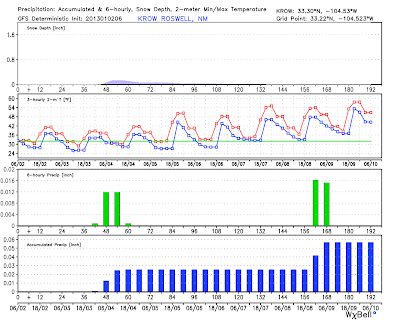 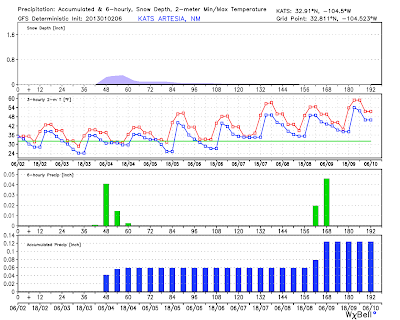 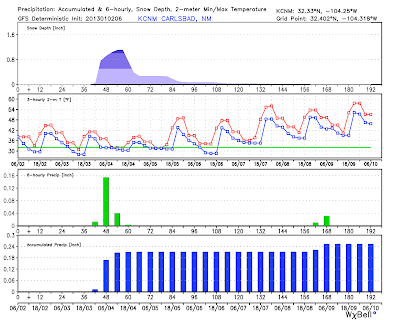 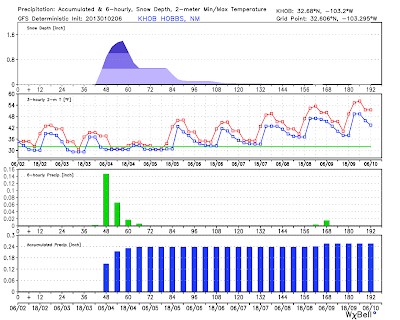 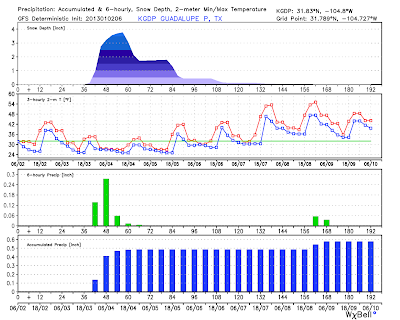 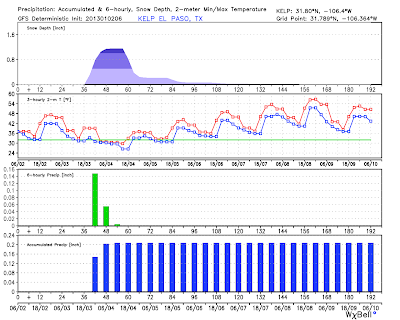 The blue plus sign is the initiation time of the models forecast. The blue numbers at the bottom of the graphs (12, 24, 36, 48, 72,etc) are the forecast hours from the initiation time. So these graphs are forecasting high and low temperatures, and total liquid precipitation through 240 hours, or the next 10 days.
Winter Storm Watch.
Special Weather Briefing From NWS El Paso.

A inch or two of snow looks possible for most of southeastern New Mexico according to last nights model forecasts. Its entirely possible that some of us may see even higher amounts than this should the storm track just right and linger in the area. Nothing is set in stone yet. There will likely be some changes in our local forecasts later today and tomorrow as today's models get a better handle on this next winter storm. We may see additional National Weather Service Winter Storm Watches, Winter Storm Warnings, and Special Weather Statements issued today concerning this storm.

Higher amounts are going to occur over the Guadalupe mountains where current National Weather Service forecasts indicate 4" - 6" may fall. Similar totals may fall over the Sacramento mountains if this storm can move just a tad further to the north. Sometimes a storm track change of as little as 50 or 100 miles can make all the difference in the world in snowfall totals.

My Web Page Is Best Viewed With Google Chrome.
on January 02, 2013
Posted by Wendell Malone