Continued Cold With A Chance For Snow Into Wednesday. 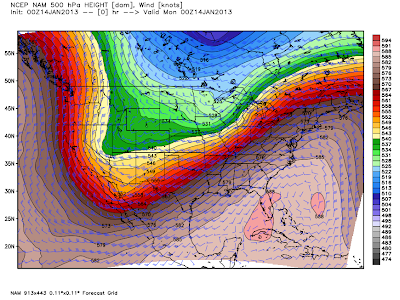 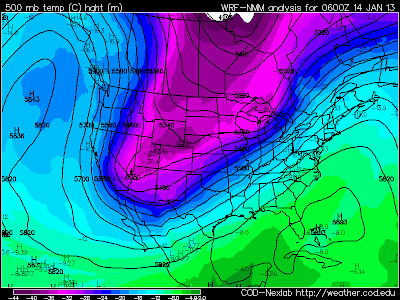 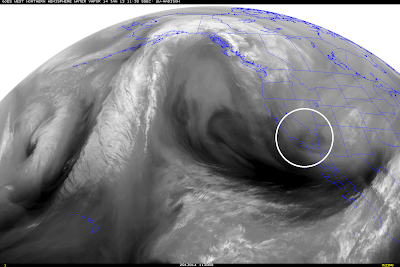 Last nights models indicate that a deep cold postively tilted mid-upper level trough of low pressure covers the Southwestern and Western U.S. Temperatures at the 500 millibar level or roughly at the 18,000' mean sea level are still running in the -35F to -38F range over northern Arizona northeastward into southern Wyoming.This trough will continue to funnel cold air into the state and local area today into at least Wednesday.

NAM Forecast Track Of Our Next Storm. 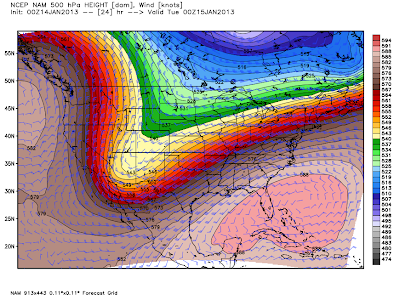 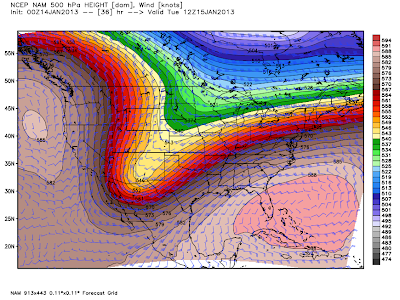 By 5 AM MST Tuesday. 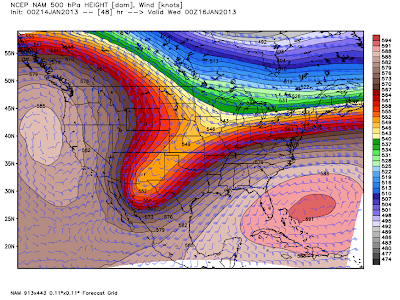 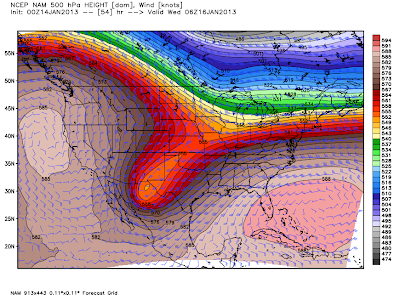 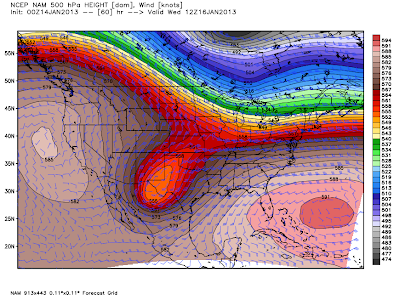 By 5 AM MST Wednesday. 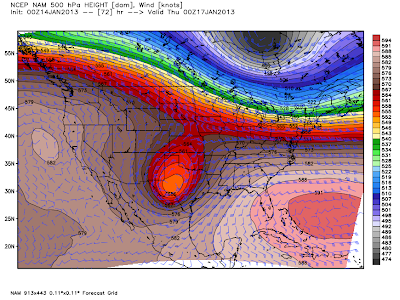 A disturbance at the base of this trough of low pressure is forecast to break off over New Mexico tomorrow, and begin sinking southward eventually forming another closed or cutoff mid-upper level south of the state by Tuesday evening. This will be a fairly slow process.

And is always the case when these types of winter storms drop to our south, just how much snow we may or may not get will be highly dependent upon how long the storm stays to our south, and how much moisture it can ingest. Low-level southeasterly upslope flow has produced a deck of stratocumulus clouds over eastern and southeastern New Mexico, as well as across parts of west Texas this morning. This is a good thing, now its just a matter of whether or not tomorrows storm can tap into some mid-level moisture from off the eastern Pacific. 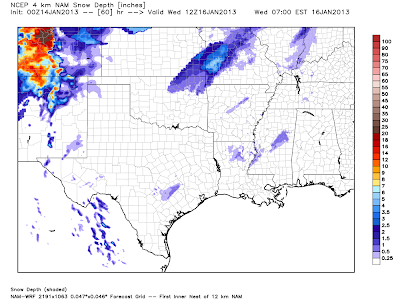 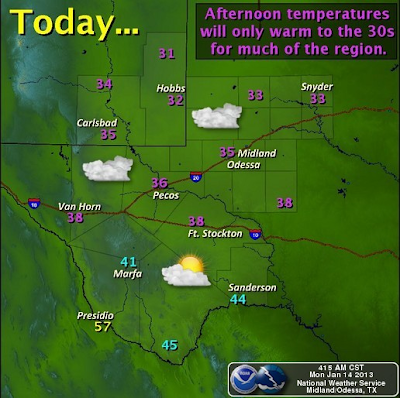 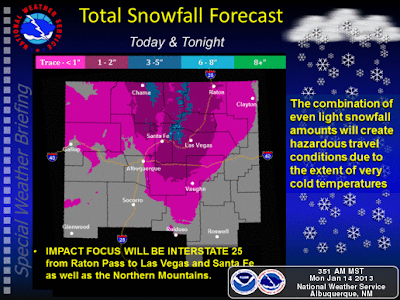 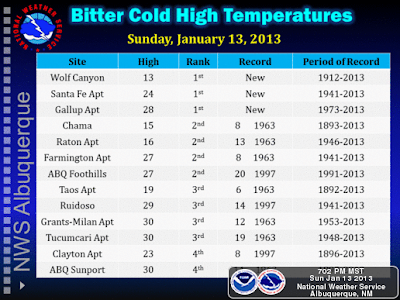 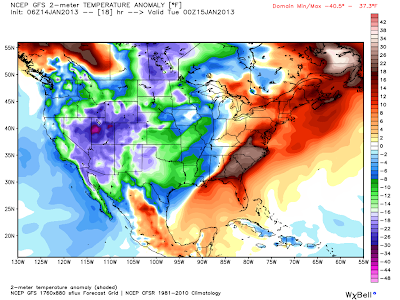 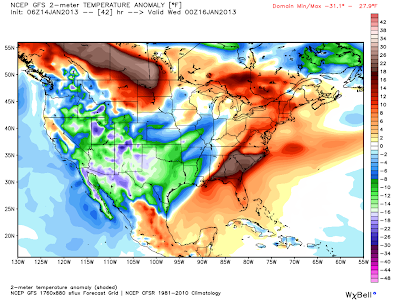 For now there are some indications in the model data that the storm could potentially linger to our south a little longer than what the models are currently forecasting. This would help the storm to ingest more moisture and potentially produce more snow over our local area. Maybe.

Cold weather will continue to grip the area into Wednesday with our highs today and tomorrow expected to be in the 30's. We may see the low-mid 40's by Wednesday if the storm clears the area, if not, it may be colder than this. When the storm does depart we are expected to warm up into the 50's by the end of the week into the weekend.

What about next weeks potential Polar outbreak? Its coming south out of Canada and will affect much of the U.S. east of the Rockies, but the models are wobbling all over the place now on whether or not it will get into southeastern New Mexico or not. More on this later this week when the models get a better handle on this.