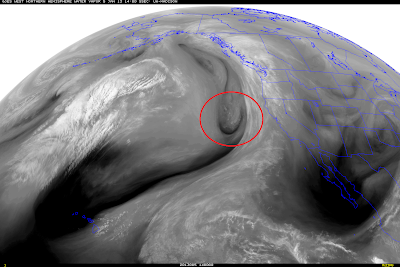 Water Vapor Satellite Image At 7 AM MST This Morning. 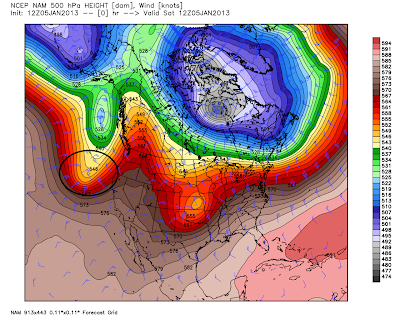 Winter Storm #2 which was located just west of the northern California Coast (circled in red in the Water Vapor Satellite image above, and black on the NAM model image) this morning. 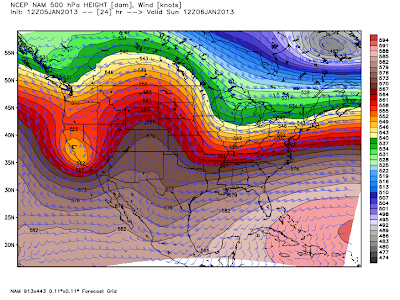 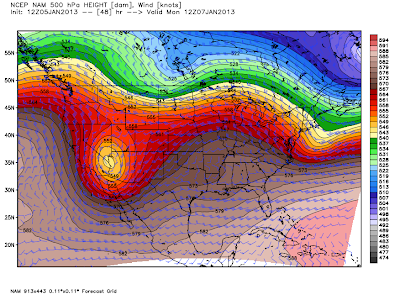 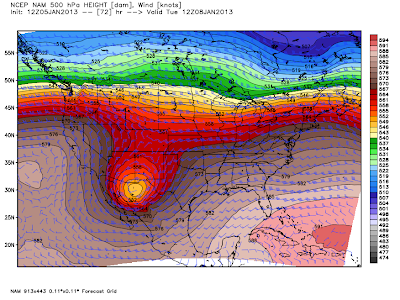 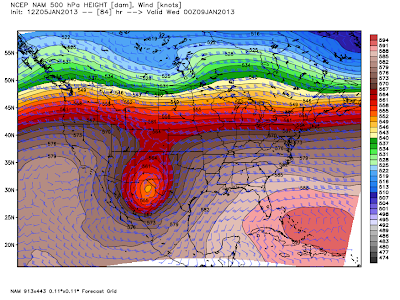 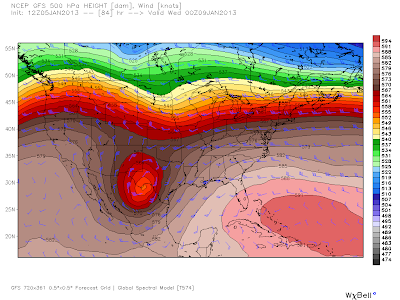 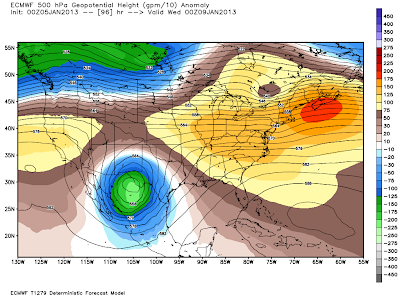 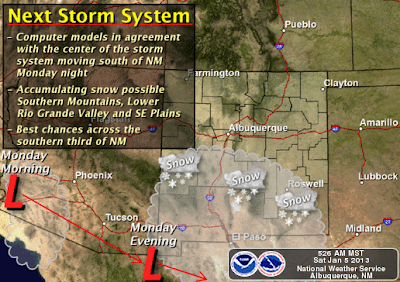 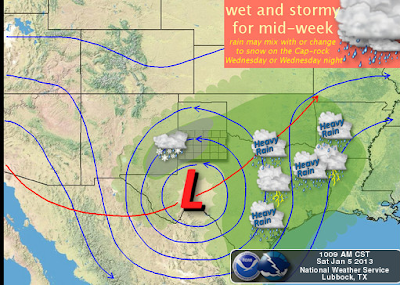 Comparing last nights European model (ECMWF) with this mornings NAM and GFS model forecasts its easy to see that they are fairly close in their forecasts as far as the track of the storm is concerned.

The European and GFS models are tracking the storm a little further to the south, which is important because it also brings colder air further south into the area, thus a better chance of seeing snow. Just how much cold air will be in place is a little uncertain at this point...as is the amount of moisture this storm have to work with. 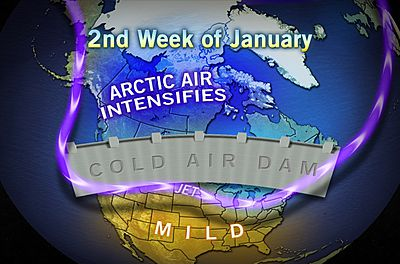 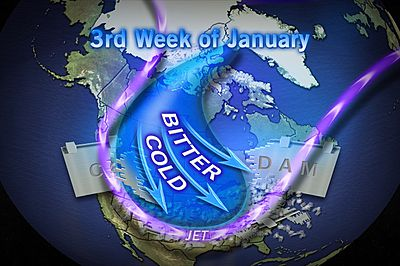 "Much of the nation has been experiencing higher-than-average temperatures and lower heating bills so far during the cold weather season, with the exception of some bouts the past couple of weeks.

However, there are signs of a potential change on the way beginning during the second half of January.

A phenomenon known as sudden stratospheric warming has occurred in the arctic region during the past few days. The stratosphere is located between 6 miles and 30 miles above the ground.

Often when this occurs, it forces cold air to build in the lowest layer of the atmosphere then to drive southward." 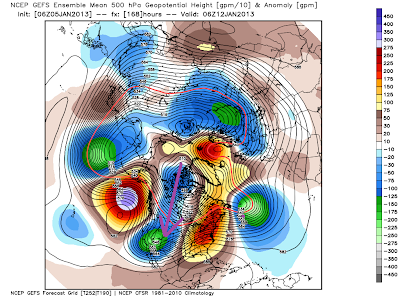 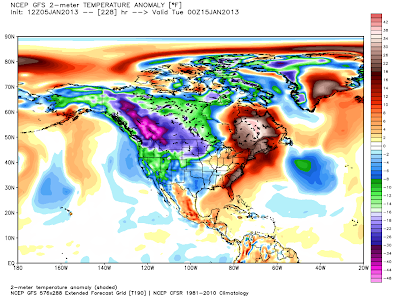 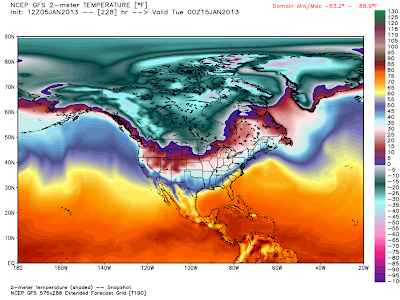 Talk about an invasion from the North Pole! First of several of these outbreaks.
The Truth Is Stranger Than Fiction!