Still A Chance Of Getting Wet. 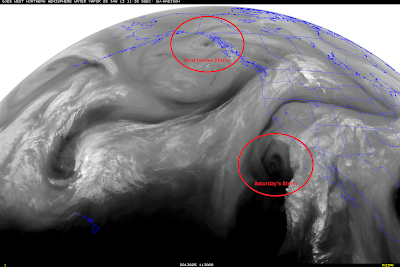 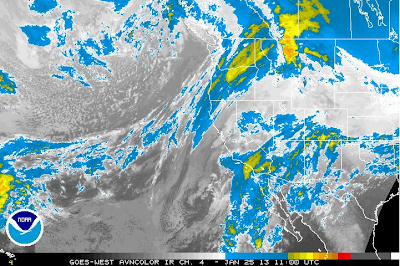 IR Satellite Image At 4:00 AM MST This Morning.

Two storms are going to affect the area over the next week. The first storm which is located southwest of San Diego, California early this morning will give us a slight chance of some light rain showers, and perhaps even a few isolated thunderstorms tonight into Saturday evening.

What happens next week with the second storm is a much harder question to answer. Neither of the long-range models (the GFS or the ECMWF) seem to have a good handle on what next weeks storm is going to do.


Slight Chance For Rain With Storm #1. 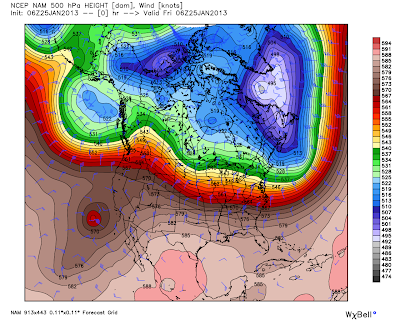 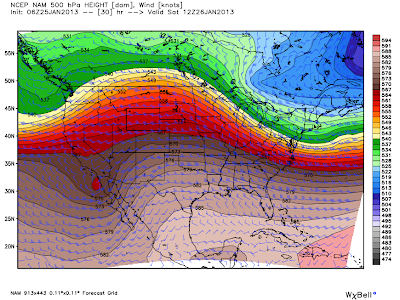 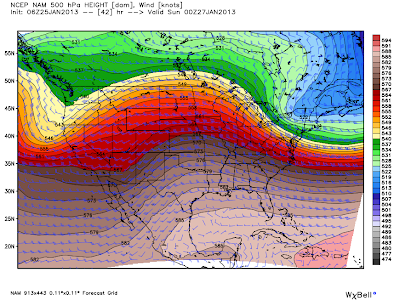 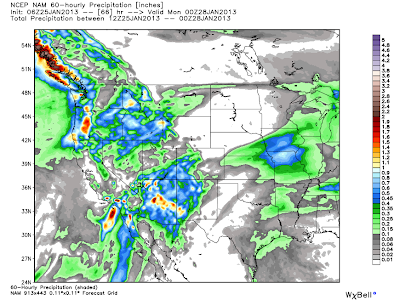 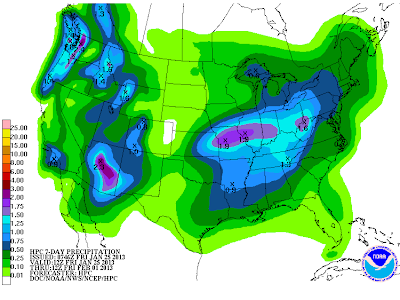 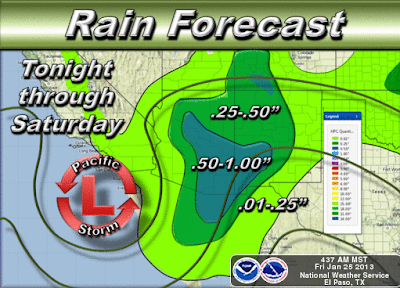 Our first storm will open up as a trough of low pressure and pretty much wash out as it moves east towards us today into tomorrow evening. As it does so it will scoop up a fairly decent amount of mid-high level moisture from off the eastern Pacific. A few scattered rain showers and an isolated thunderstorm or two will dot the landscape late this afternoon into tomorrow evening. Our storm total rainfall amounts should be less than a quarter of an inch for those of us lucky enough to get wet.

Snow levels across the Sacramento and Capitan mountains will remain high with this storm and generally will be at or above 9,000' MSL. Ski Apache west of Ruidoso may get a wet snow out of this event. They need it since their seasonal snowfall total only stands at 35.5". 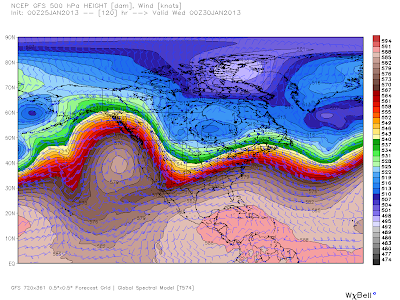 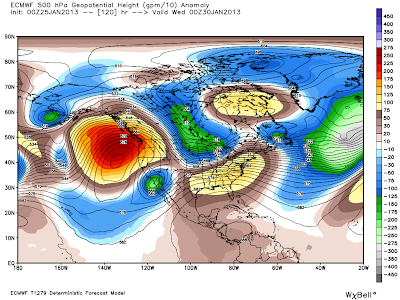 Muddy water time again as far as the forecast concerning next weeks storm. Last nights run of the GFS model does not seem to want to deepen our next storm as much as the European (ECMWF) model, nor does it want to bring it as far south. We've seen this theme several times before this winter. A slower, deeper, and further south storm would mean a better chance of precipitation across the area. A faster and open trough of low pressure would mean less of a chance for precipitation, but colder temperatures arriving quicker. 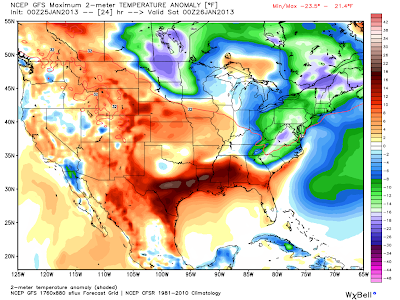 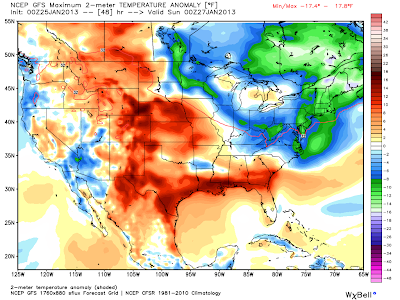 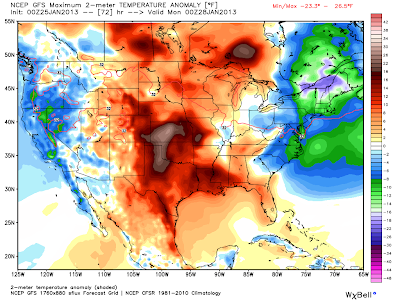 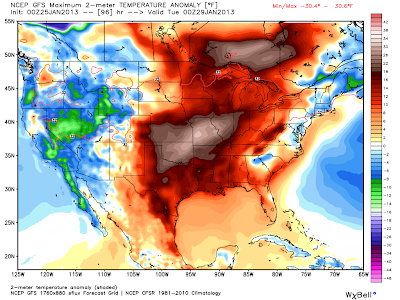 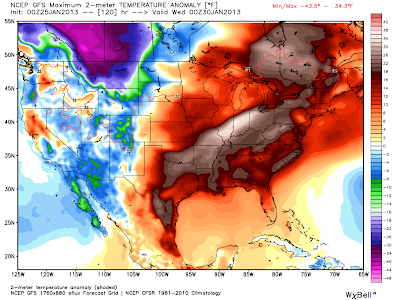 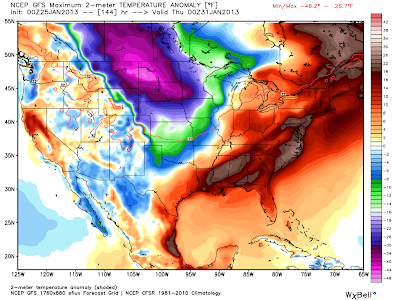 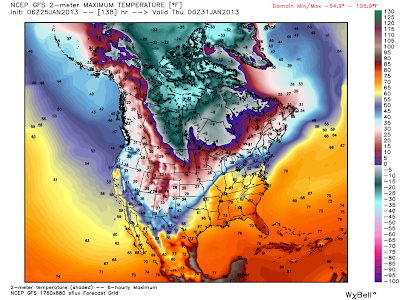 Above normal temperatures are forecast to continue into early next week. Our highs today into Sunday are forecast to range from the upper 60's to the low-mid 70's. In fact this mornings forecast for Carlsbad, courtesy of the Midland National Weather Service Office, gives us a high of 78 on Sunday.

Our spring-like temps will be going away by the middle of next week as a much colder airmass from the arctic moves south and into the state.