Heavy Amounts Of Rain & Snow With This Storm!

Storm Settling In Over Northwest Mexico. 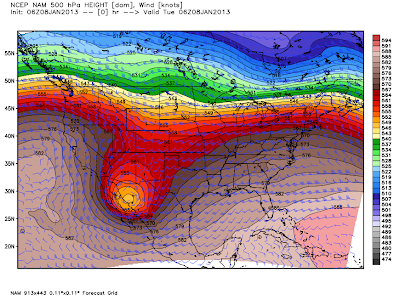 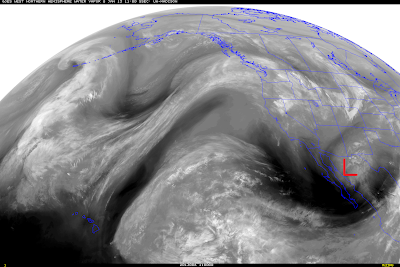 Water Vapor Satellite Image At 4 AM MST This Morning.

A deep mid-upper level storm is settling in over northwestern Mexico early this morning. 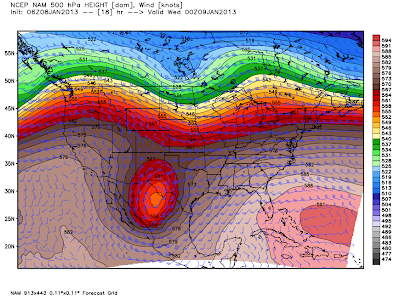 By sunset this evening the storm should be completely cutoff from the jet stream to its north, thus it will be a cutoff mid-upper level low. The storm is beginning to pull mid-level moisture into itself from off the Pacific. Low-level southeasterly upslope flow from the Gulf of Mexico and through Texas will increase today into tomorrow as the storm draws closer to us. 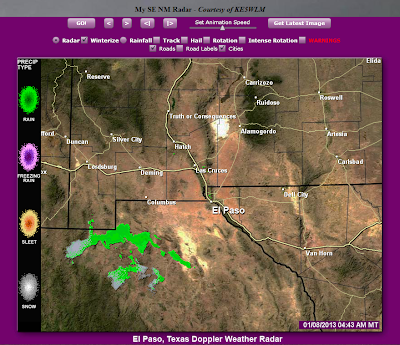 Bands of rain and snow are already beginning to wrap around the storm as seen by this Radar snapshot at 4:43 AM MST this morning. This activity will continue to increase in aerial coverage and intensity throughout the day and into tomorrow. 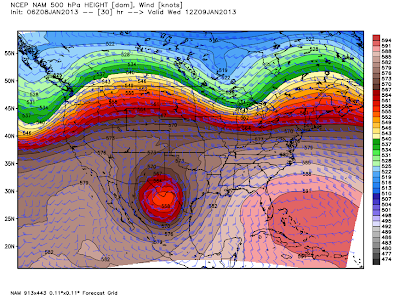 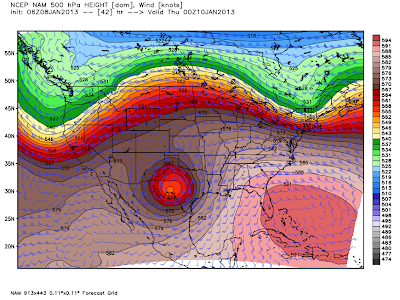 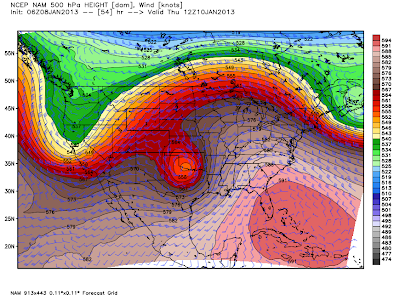 The storm bottoms out over northwestern Mexico later today and begins a slow eastward movement tonight into tomorrow. By Thursday the jet stream will grab hold of the storm and sling shot it northeastward out of the area. 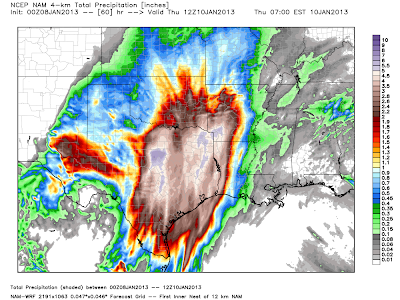 By 5 AM MST Thursday.

Last nights 00Z/5 PM MST run of the NAM models 24-hour rainfall totals (map above) was just incredible. I've never seen a model forecast rainfall totals for our area as high as this for mid January. This is going to be one wet storm. 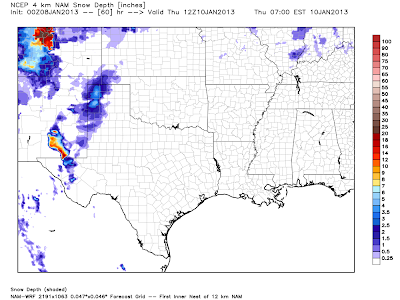 By 5 AM MST Thursday.

Last nights 00Z/5 PM MST run of the NAM models max snow depth forecast (map above) shows heavy snow over the Guadalupe's and parts of Eddy County. The model is struggling with the temperature profile that will be in place locally tonight into tomorrow. If the storm turns out to be just a little bit colder then we are going to have a mess here in southeastern New Mexico. 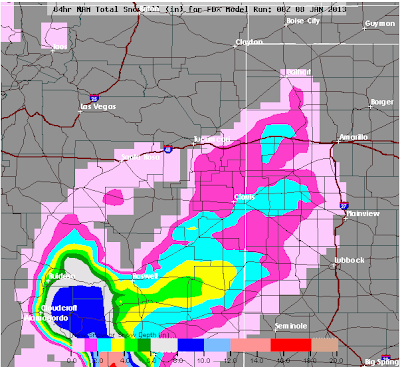 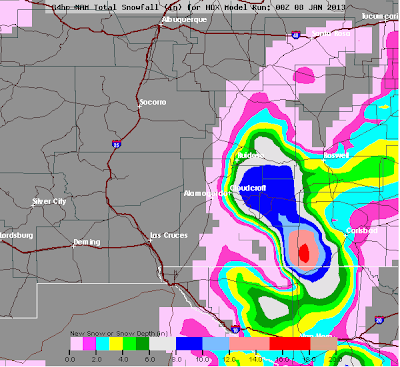 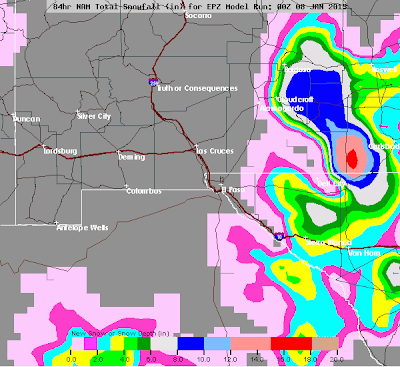 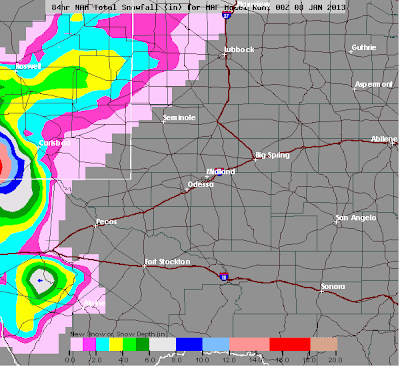 A Winter Storm Watch is now in effect for the Guadalupe mountains from late tonight into Wednesday evening. 4" - 6" of snow is forecast for locations such as Queen, Pine Springs, and Guadalupe Pass.

A Winter Storm Watch is now in effect for parts of southern New Mexico and west Texas from this evening through Wednesday evening. This includes the communities of Crow Flats, Hueco Tanks, Dell City, Cornudas, Salt Flat, and Sierra Blanca, TX. 3" - 6" of snow is expected to fall in these areas.

Cloudcroft and the rest of the southern Sacramento mountains are expecting to get 5" - 10" of snow out of this storm. Depending upon the exact track of this storm these totals could possibly even be higher by the time the storm departs the area on Thursday.

A Special Weather Statement has been issued by the Albuquerque National Weather Service Office concerning the potential of a wintry mix of precipitation across eastern and southeastern New Mexico. A heavy wet snow remains a possibility in these areas...so there may be some Watches, Warnings, or Advisories issued later for these areas.

A mix of rain, maybe some sleet, freezing rain, and snow is still expected across southeastern New Mexico. Currently there are no Winter Storm Watches or Winter Storm Warnings or Advisories (as of 6 AM MST this morning) in effect for the local area. This too may change today as new model data becomes available later this morning.

As I have already mentioned this continues to be a very difficult storm to try and nail down...mainly concerning what types of precipitation we will see. If the storm tracks just right and is a little colder than forecast, then some of us here in southeastern New Mexico and parts of west Texas are going to get clobbered with a heavy wet snow. If the storm is a little faster and warmer than forecast then we will see either a mix of wintry precipitation or mostly a cold rain. Storm total rainfall amounts are still forecast to exceed an inch in places, and across west Texas some of you may see more than two inches.