Toasty Yesterday In SE NM....More Of The Same. 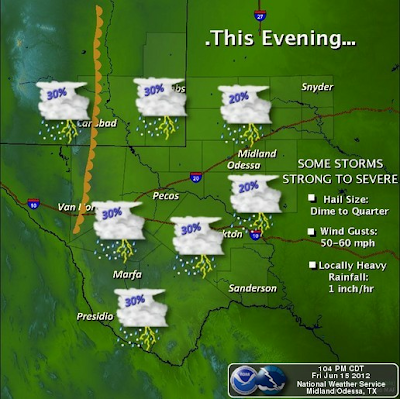 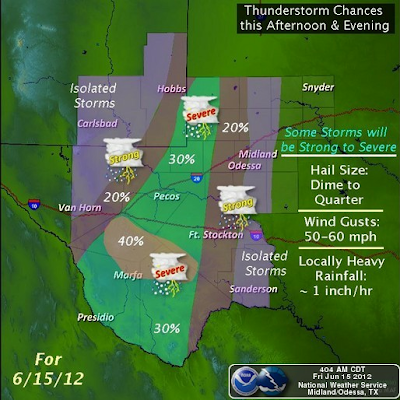 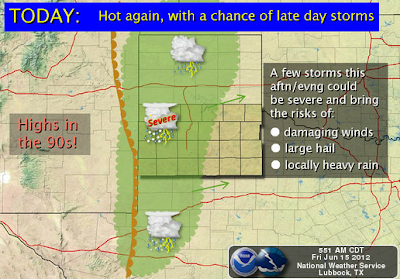 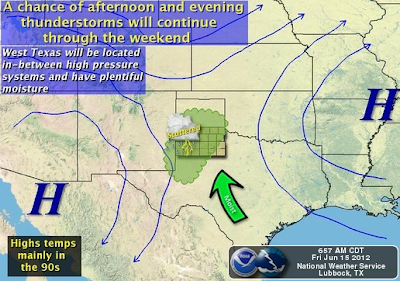 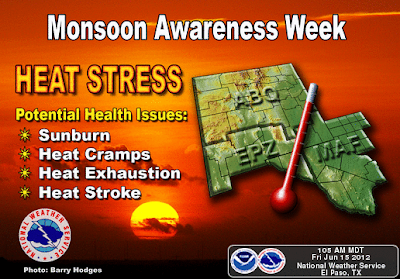 Map Is Courtesy Of The El Paso NWS Office.
Yesterday afternoon was just a tad on the toasty side. More of the same is forecast today into at least the first of next week. Our afternoon highs will continue to range from around 98 - 105. This really isn't anything out of the ordinary for SE NM. June typically sees the highest temperatures of the year, although not always. July and August can be pretty darn hot too.
So far June is on track to make a name for itself this year. A massive forest fire (Little Bear Fire) continues to burn in the Rudioso area. Meanwhile supercell thunderstorms have been beating up on parts of eastern and southeastern New Mexico. Lots of hail reports of golf balls to bigger than softballs even. A couple of tornadoes to boot. About the only thing missing is a flash flood event. That will occur eventually.
Isolated to scattered afternoon and evening thunderstorms are forecast to pop up across the area along and east of the dryline. This will be especially true on Saturday and Sunday. A few of these will have the potential to become severe today over parts of west and southwest Texas.
Southeastern New Mexico has a little chance of getting in on the activity Saturday and Sunday. Some of these thunderstorms could also become severe. Large hail, damaging thunderstorm wind gusts, deadly cloud to ground lightning appear to be the main threats at this time.
Any of the stronger storms will also have the potential to produce locally heavy rain and localized flash flooding. Watch those burn scar areas...they will flood rapidly should any thunderstorm dump heavy rain over them and nearby areas.
As we wind down the week the theme for today's "Monsoon Awareness Week" is "Heat Stress." That's rather appropriate given the high temperatures recorded yesterday and the similar readings that are forecast into the first of next week.
Selected High Temperatures Reported Thursday, June14, 2012-
Paduca Raws near the WIPP Site 107
Southwest Carlsbad - NMAQ 106
Carlsbad Airport ASOS 106
My Home in NW Calrsbad 105
8-Mile Draw Raws - NE of Roswell 105
Roswell Airport ASOS 105
Hagerman - HCN 104
Artesia Airport - HCN 103
Caprock Raws 103
Artesia Airport AWOS 102
2 SW of Tatum 101
NW Hobbs - KM5BS 101
Hobbs Airport ASOS 100
Bat Draw Raws - Carlsbad Caverns Visitor Center 100
Dunken Raws 96
Queen Raws 94
Mayhill Raws 92
Timberon CW7724 87
Smokey Bear Raws - Ruidoso 87
Sierra Blanca Regional Airport AWOS 86
Mayhill CW9878 86
Cloudcroft DW7382 82
Sacramento Peak - WSMR 77
Temperatures Are Courtesy Of-
NM MesoWest Weather
SE NM MesoWest Weather
Midland NWS Observation Page
Davis Vantage Pro2 WeatherLink
The Truth Is Stranger Than Fiction!
My Web Page Is Best Viewed With Google Chrome. 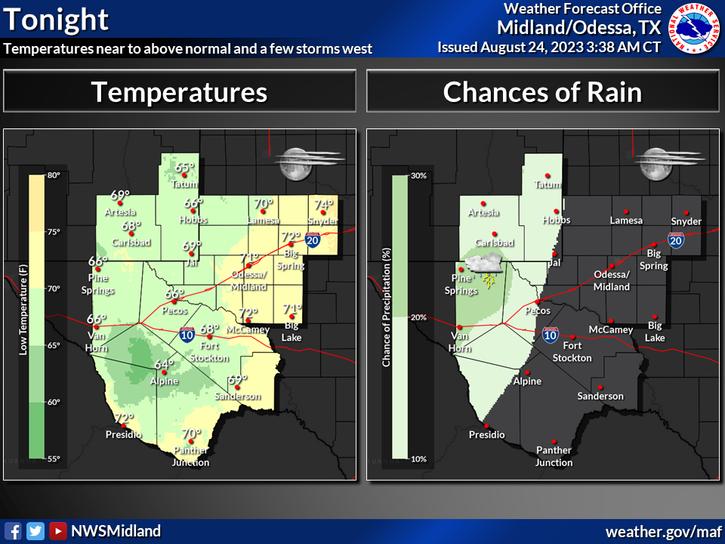 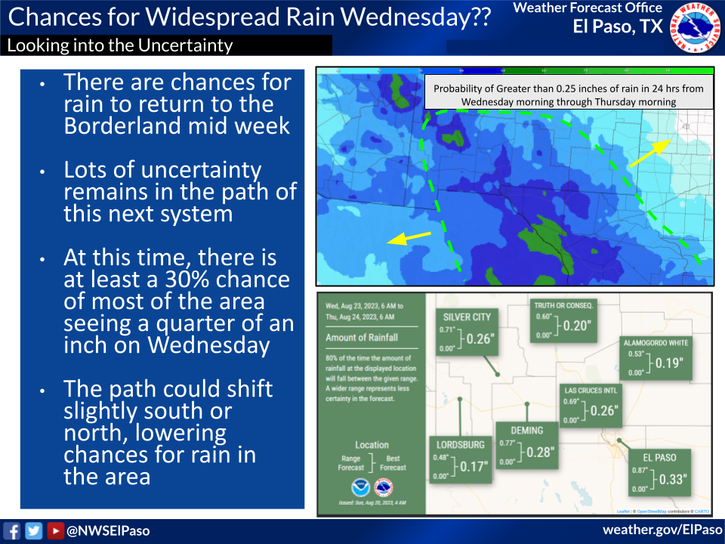 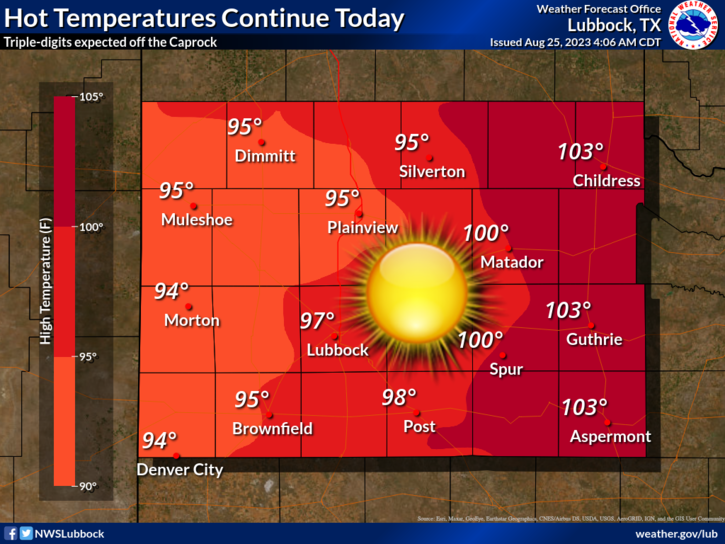