A Few More T-Storms Today...Then Right Back To HOT! 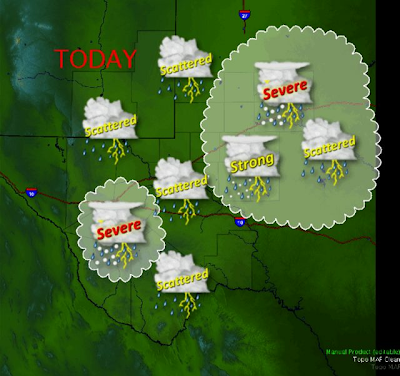 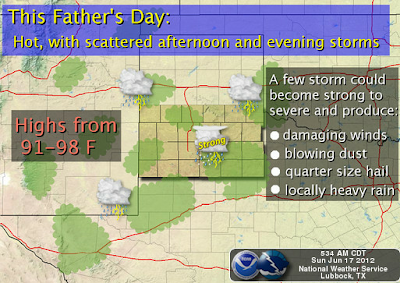 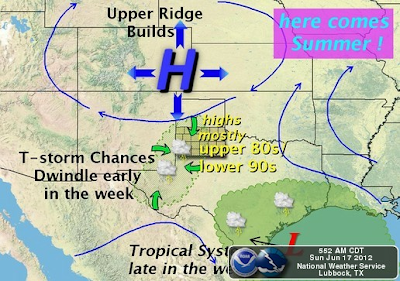 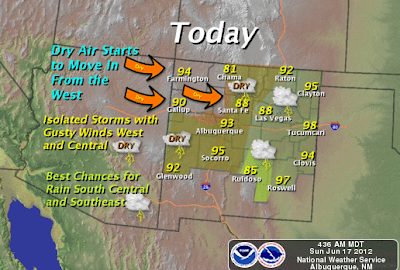 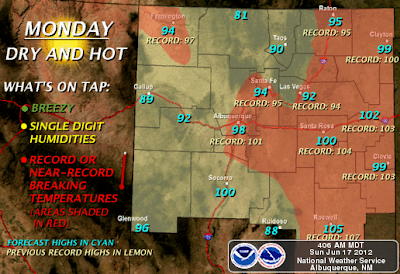 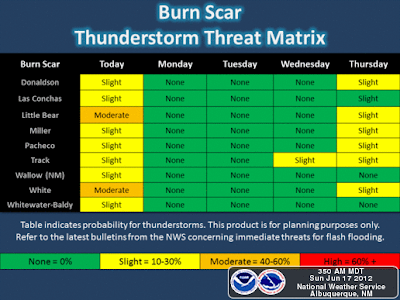 Another round of scattered afternoon and evening thunderstorms is expected today. Enjoy them if your lucky enough to get under one, because tomorrow the heat makes a come back. Our forecast high temperatures are in the 105 - 107 range. 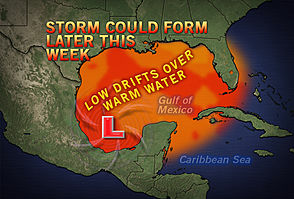 Chris?
"While Tropical Rainstorm Carlotta continues to dissipate over the southwestern Mexican coast, Accuweather.com is watching the potential for tropical development in the Atlantic Basin next week.
Pieces of Carlotta are expected to push into the southern Gulf of Mexico by Tuesday or Wednesday of this week, at which time it may meet up with a tropical wave currently bringing showers and thunderstorms to the central Caribbean.
The union of these two features may be enough to spawn a new center of circulation over the southern Gulf of Mexico or the Bay of Campeche.
If an organized tropical system does form in the Atlantic basin, it would be named Chris, per the 2012 Atlantic Hurricane season list.
With an upper-air ridge of high pressure forecast to take hold over the northern Gulf of Mexico, any storm that does develop may be slow to advance. The system might either hold stationary in the Bay of Campeche or progress west-northwestward into Mexico.
Accuweather.com Expert Senior Meteorologist Brian Wimer also notes that, while still too early to tell, "any tropical feature that develops could potentially head north toward Texas."
Forecast models continue to differ on the timing, location and extent of any development, but if an organized system does push into the Lone Star State, it could spell periods of heavy rain from the Rio Grande Valley to the mid-Texas coast.
This rain would be beneficial to the region, but any prolonged period of heavy rain could still lead to flash flooding.
Accuweather.com meteorologist Meghan Evans has more on the development potential next week.
Visit the AccuWeather.com Hurricane Center for continuing updates with tropical discussions by expert meteorologists."
All weather eyes will be watching an Easterly wave that is forecast to move up into the Lower Gulf Coast of Texas by the middle of next week, and then slowly work its way generally westward into next weekend. Should this tropical system get far enough north to affect our weather, we would see an increase in general thunderstorm activity and cooler temps(although much more humid conditions).
The Truth Is Stranger Than Fiction!
My Web Page Is Best Viewed With Google Chrome.
at Sunday, June 17, 2012