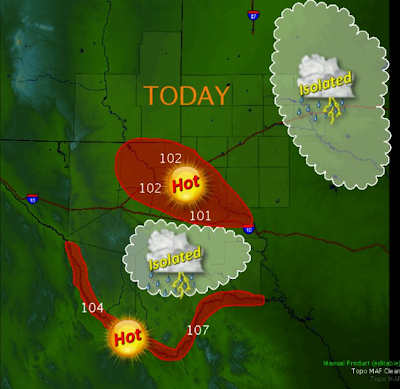 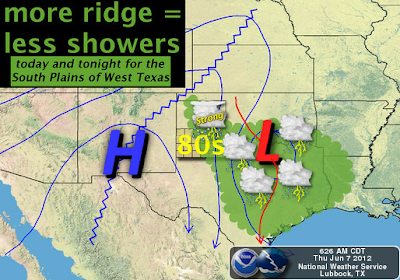 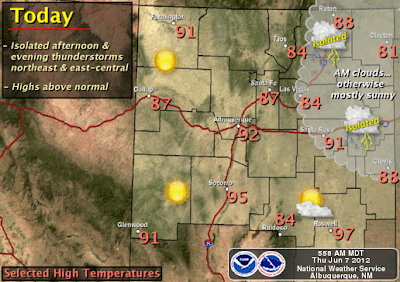 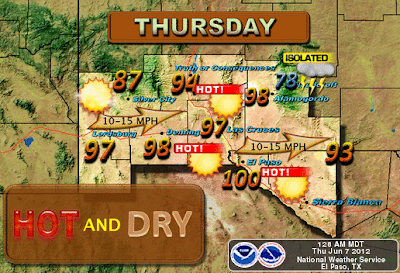 Very little overall change is expected in our local weather today into the first of next week. Hot and dry weather will rule. Near-record to record high temperatures are still forecast for Saturday and Sunday. Our next shot at cooler temperatures and a chance for thunderstorms may occur by around the middle of next week as a cold front and upper-level disturbance approach the area. 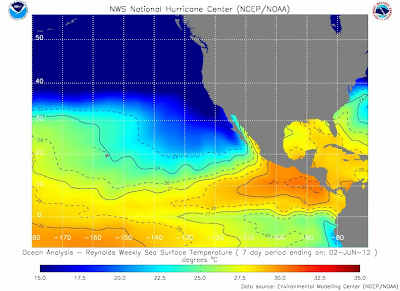 "Today NOAA's Climate Prediction Center issued an El Nino Watch, indicating "there is a 50% chance that El Nino conditions will develop during the second half of 2012." Currently we're "ENSO neutral" that is without El Nino or La Nina in the Pacific Ocean. El Nino is characterized by warmer-than-normal sea surface temperatures along and near the equator in the central and eastern Pacific Ocean. Meanwhile La Nina, which ended last spring, is associated with cooler-than-normal temperatures. Both can influence the hurricane season and the weather across the U.S., especially during the winter months."