Relief From The Heat & Drought May Be Coming. 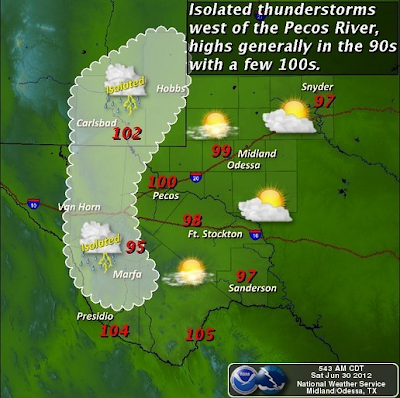 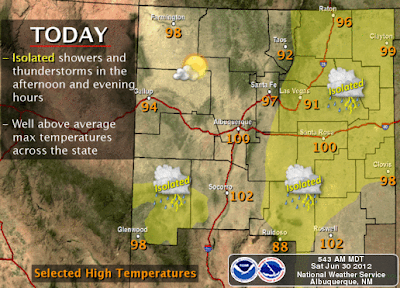 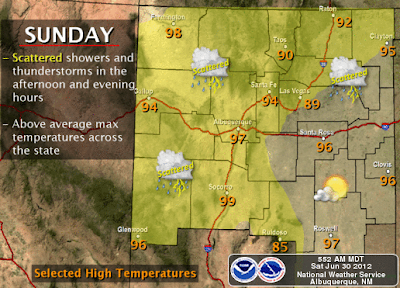 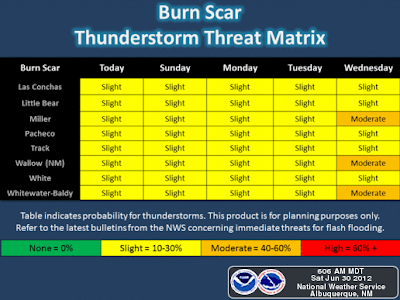 A few widely scattered light rain showers were falling over the Pecos Valley this morning. I even managed to squeeze out .01" from one of them here at my home in Carlsbad. The McKittrick Canyon Raws measured .05". The Clovis Municipal Airport got lucky and picked up .32".

A few widely scattered thunderstorms dotted the landscape yesterday afternoon as well, and a few other stations managed to get something measurable in their rain buckets as well including-

Today is once again expected to be another hot one. Highs are forecast to be near 100 to the low 100's. Sunday's highs will be close to today's readings, perhaps a couple of degrees lower. 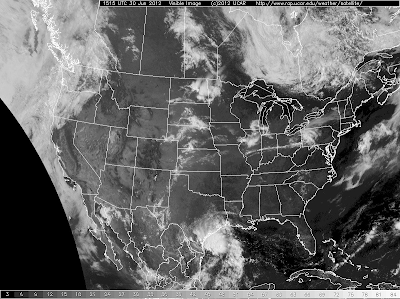 Visible Satellite Image At 9:15 AM MDT This Morning. 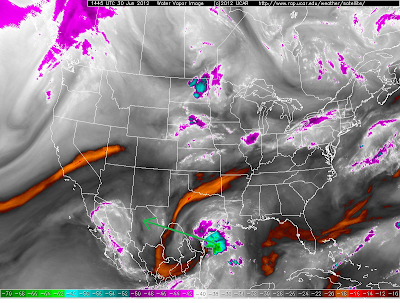 Water Vapor Satellite Image At 8:45 AM MDT This Morning. 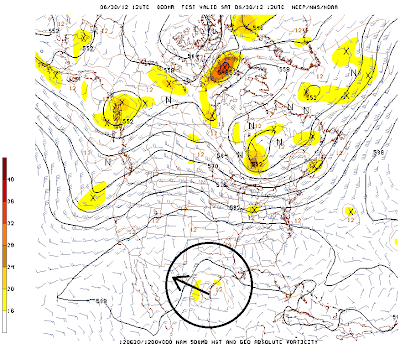 Take a look at the visible and water vapor satellite snapshots above. That blob of moisture just off the Texas Coastal Bend this morning is associated with an upper-level low. This low is forecast to slowly make its way northwest into northern Mexico by early next week. This feature should help to jump start our annual summer monsoon. Forecast models are still trying to nail down the details for next week, but it appears that we will see our temperatures drop back down to more seasonable levels (mid-upper 90's), as well as a uptick in our thunderstorm activity across our part of the state.

If this happens then our annual summer monsoon will kick off right on schedule. As is usually the case this time of the year, any thunderstorm activity will be fairly scattered, with the mountains having the best chance of getting wetting rains.

Cloudcroft (at 8,750' in the southern Sacramento mountains) has been experiencing afternoon high temps in the low-mid 80's for the past couple of weeks. They are forecast to drop down into the mid-upper 70's next week.

Ruidiso (at 6,818' in the northern Sacramento mountains) has been experiencing highs near 90 to the low 90's for the past couple of weeks. They are forecast to cool down into the low 80's next week. There generally is a 20% -40% chance for scattered afternoon and evening thunderstorms across the Sacramento's next week.

Queen (at 5,845' in the Guadalupe mountains 50 miles west of Carlsbad) has been experiencing highs in the mid-upper 90's for the past couple of weeks. They are forecast to cool down to the mid-upper 80's next week. They generally have about a 20% chance for scattered afternoon and evening thunderstorms,

We are now in our typical summer time weather pattern here in the southeastern plains. This usually means hot, sometimes muggy afternoons, with highs bouncing around the mid 90's to near 100. Oftentimes our thunderstorms occur either late in the afternoon or evening, and sometimes will continue overnight. Our wettest thee months of the year are July-August-September. 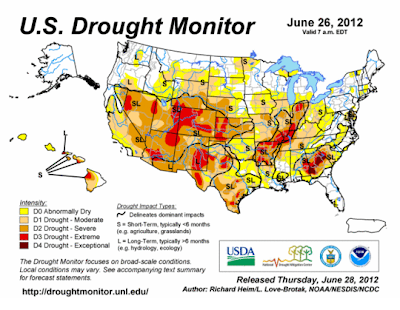 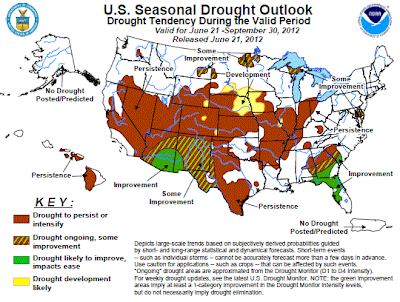 Will we break out of this horrible drought anytime soon? I get asked that question almost daily. Our best hope if for a normal monsoonal summer followed by a decent El Nino event late this summer or fall, continuing into next year. Its still too early yet to know for sure how this all will pan out, but overall, we are in better shape (although we have a long way to go) than we were at this time last year.

My Web Page Is Best Viewed With Google Chrome.
on June 30, 2012
Posted by Wendell Malone