Classic Supercell T-Storm.
I was 10 miles south of Artesia, New Mexico looking east at a developing supercell thunderstorm located west of Hobbs, New Mexico. I sped the video up to 8X the normal speed to show the rapid developtment of the storm. 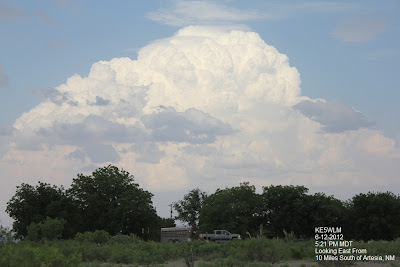 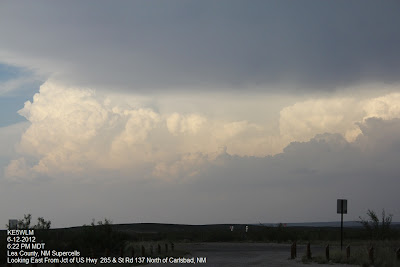 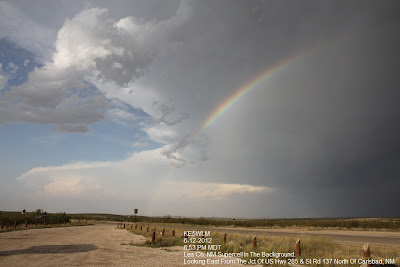 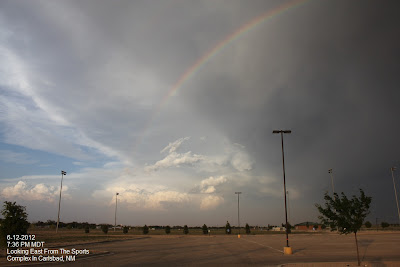 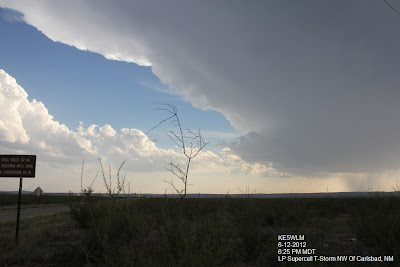 This LP SupercellT-Storm developed south of Dunken, NM yesterday afternoon. It first drifted to the east for awhile, and then turned to the east-southeast, and finally southeast with time. The first shot was taken when the storm was about 20 miles southwest of Hope, NM in the very southern tip of Chaves County. The Albuquerque National Weather Service Office issued the first Severe T-Storm Warning on this storm. The Midland National Weather Service Office issued several Severe T-Storm Warnings on it, as it moved to the west and eventually south of Carlsbad.
At 6:50 PM MDT the public reported quarter size hail (1" dia) 22 miles west of Carlsbad. I was out chasing this storm yesterday afternoon. I encountered quarter size hail (1" dia) on Hildalgo Rd 12 miles southwest of Carlsbad at 7:51 PM MDT. This continued until I reached the junction of Dark Canyon Rd and Hidalgo Rd. Once I reached US Hwy 62/180 from Dark Canyon Rd I worked my way south towards Whites City.
As the storm moved over me about 2 miles south of the junction of Dark Canyon Rd & US hwy 62/180 it started dropping quarter size hail, which very quickly became golf ball size. I immediately did a u-turn and headed out of the hail core. The storm continued moving southeast and quickly died as the sun set. LP Supercell T-Storms are notorious for producing large hail, and more often than not, very little rainfall. Another successful chase day for me here in southeastern New Mexico.
Eastern New Mexico HP Supercells. 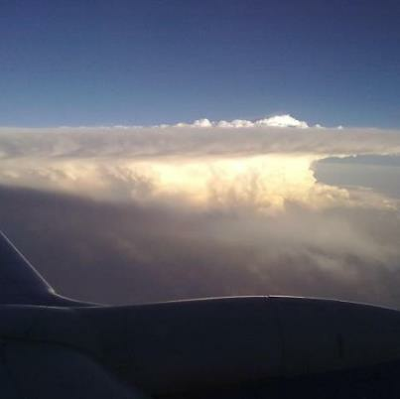 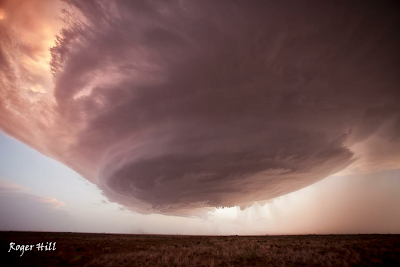 "June 12, 2012: Wow, this tornado warned supercell became insanely pretty as the sunset near Melrose, NM, looking west. This shot was taken about 10 minutes AFTER sunset and these colors ARE NOT ALTERED!!!!!! I have a few more shots of before and after dark I'll put up later today or tonight. Strucure became increasingly stunning after dark too. We were on this storm from the time it was a tcu southwest of Santa Rosa and followed it all the way to the Texas border well south of Portales, NM, tornado warned all the way. Check out Caryn's crazy spiral banding shot of the supercell!!!!"

Some of the larger hail reports include- 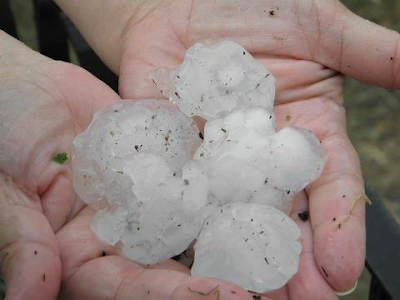 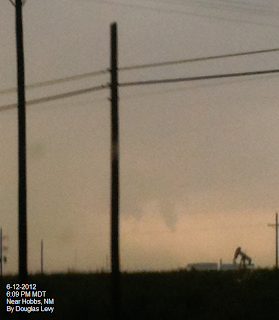