Still On Track For A Strong Winter Storm. 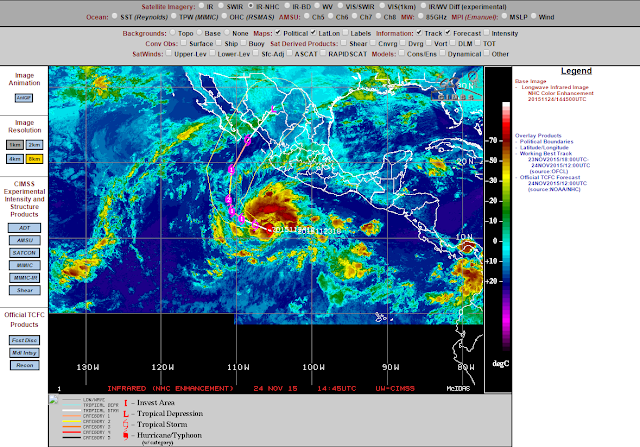 Tropical Storm Sandra was located near 11.2 North and 106.1 West well south of the southern tip of Baja, Mexico this morning. Sandra is currently moving to the west at 13 mph but a gradual turn to the northwest and north is forecast over the next couple of days. Sandra has sustained winds of 50 mph with a central pressure of 1000 millibars or 29.53 inches of mercury. Sandra is forecast to strengthen into a Hurricane. As she tracks northward into northern into north-central Mexico late this week and into the holiday weekend her remnant moisture will be a major player in our local weather. 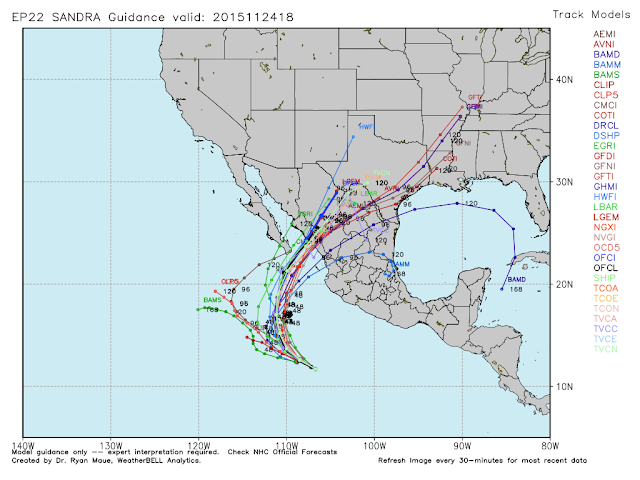 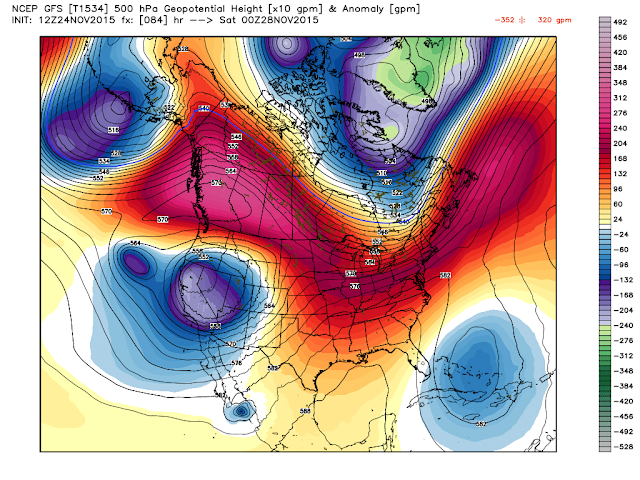 What happens to the strong cold closed mid-upper level low to our west late this week into the upcoming holiday weekend will play a huge roll in determining what our weather in New Mexico and surrounding areas turns out to be. Looking at the latest model trends they want to hang the closed low up somewhere near central California by Friday afternoon. Then possibly retrograde it westward out over the Pacific west of California. Still a tough call on this one. We will have to watch and see just how far south this storm to our west sinks...the further south it goes the sooner and deeper the arctic air will arrive and will be. Which will increase the chances for an ice storm and heavier and more widespread snowfall amounts. Lots of uncertainty with the details still. 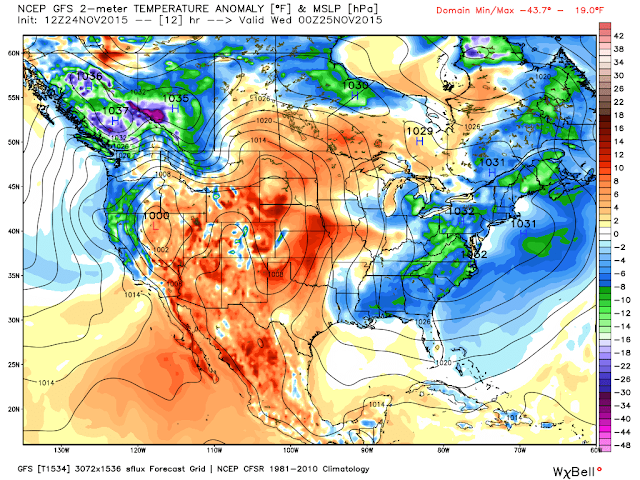 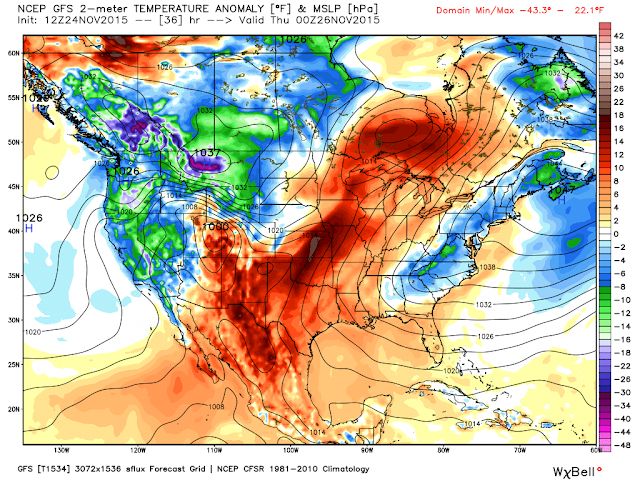 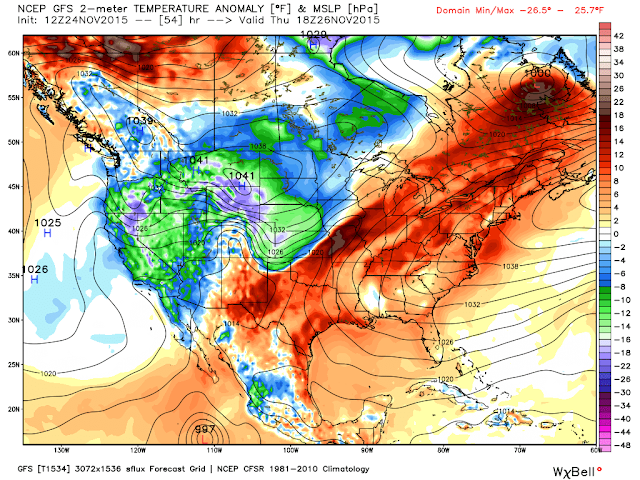 Mild weather will continue today into Thanksgiving ahead of our approaching winter storm. Latest National Weather Service forecast high temps for southeastern New Mexico today will range from the near 70 to the mid 70's. Highs on Wednesday will range from near 70 to near 80. Highs on Thanksgiving will cool a little bit due to an increase in cloud cover and moisture and generally will be in the upper 60's to the mid 70's. 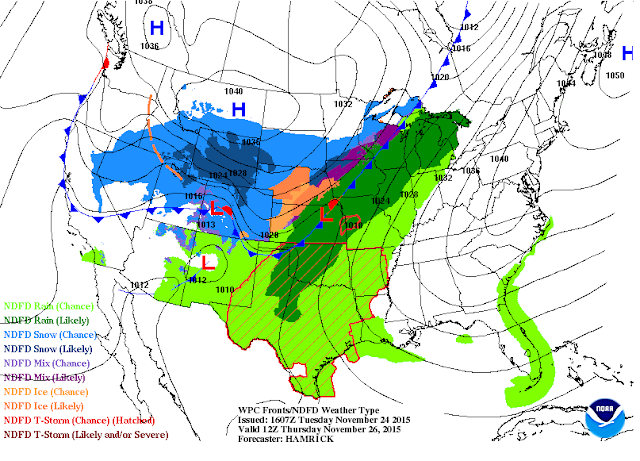 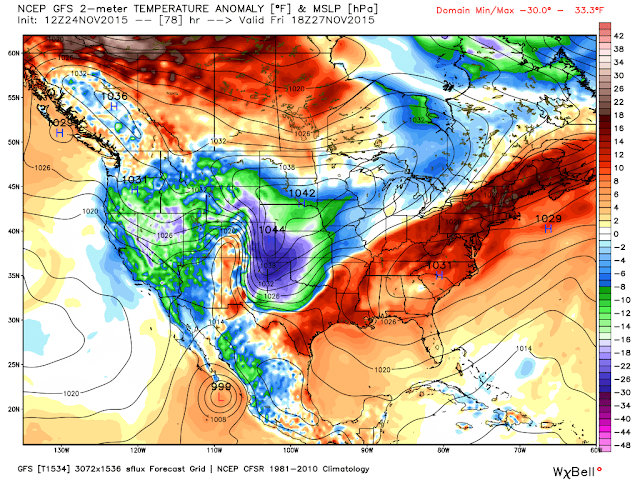 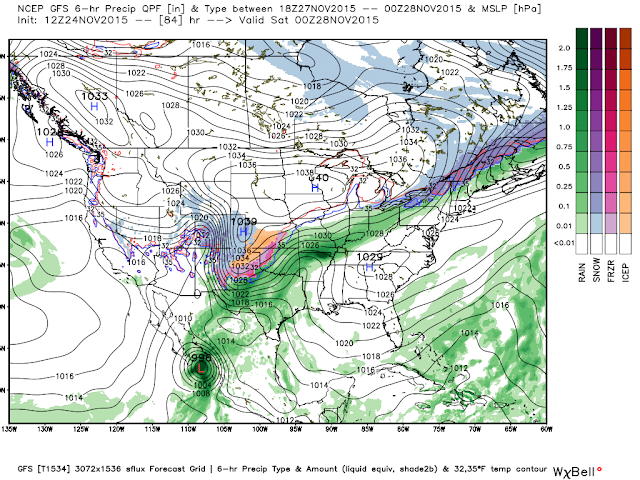 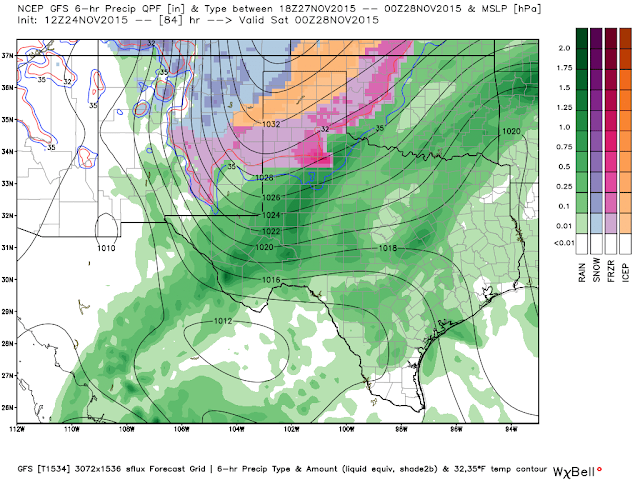 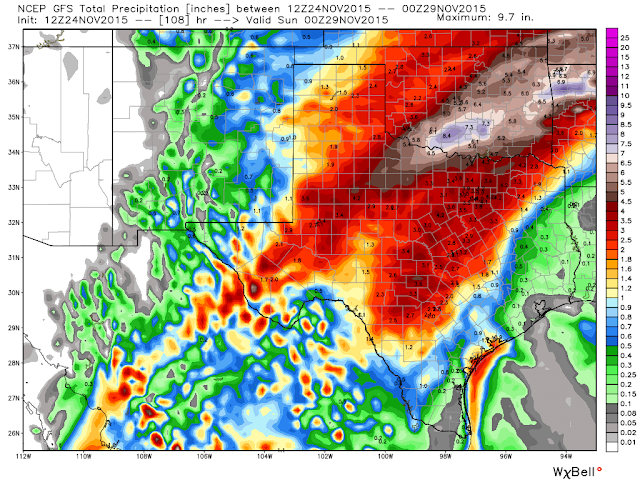 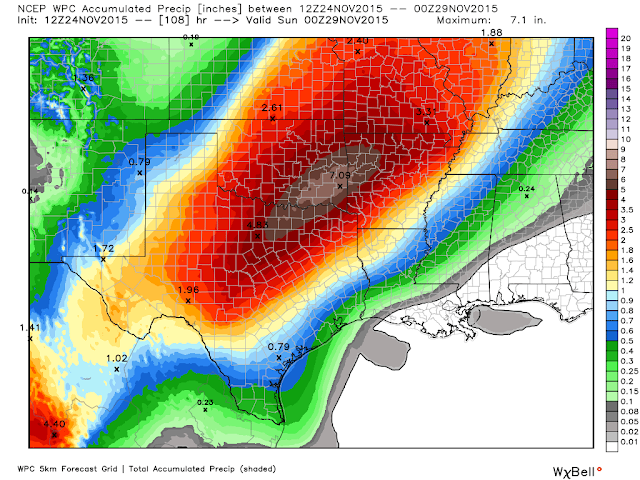 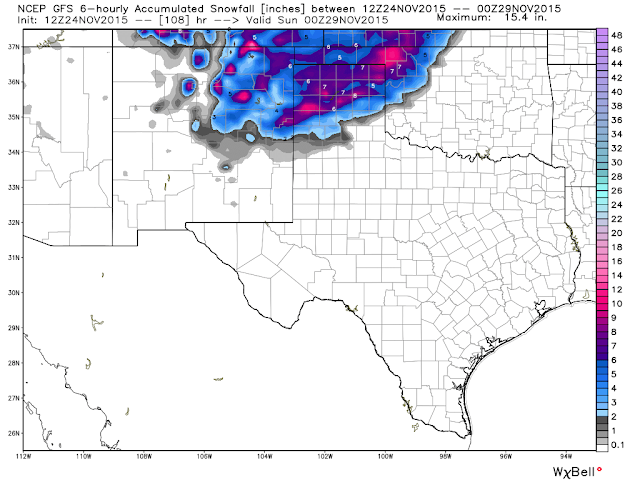 A strong modified arctic cold front will move southward down the eastern side of New Mexico Thanksgiving afternoon and evening. At this time its still not clear when it makes it into southeastern New Mexico. Best guess for now is late Thanksgiving night or early Friday morning. After seeing high temps today and Wednesday climb up to around 75 to 80 degrees, the bottom falls out of the thermometer Friday into Saturday. Highs locally will drop some 30-40 degrees and generally be in the 30's and 40's.

Meanwhile abundant subtropical moisture at the mid and high levels of the atmosphere will stream northeastward from north-central Mexico as a result from the remnants of former Hurricane Sandra. If all comes together just right parts of the local area may see storm total rainfall amounts of near 1.00" to 2.00". A few thunderstorms along with heavy rainfall will be possible Thanksgiving afternoon with an increasing chance for this activity Thanksgiving night into Friday. A few severe thunderstorms may even develop across portions of the eastern Permian Basin in West Texas on Friday.

Timing will be everything with this next winter storm. The sooner the arctic air arrives in eastern New Mexico the better the chance for a mix of wintry precipitation including icing, sleet, and snow. Who gets how much ice and snow is still up for grabs this morning. Just how much warm very moist subtropical air gets lofted above the cold arctic airmass at the surface will also be a key player. Some of us may have a cold rain while others are getting a significant ice storm, and or snow some which will be heavy.

Early indications are that travel generally from Roswell northward along and east of the mountains could become a problem Friday into this weekend. The mountains will get snow but initially snow levels will start out high, generally at 8,000' or above, until Friday evening when they are forecast to lower down to 6,000'. No doubt some of the mountains of the state stand a good chance to see some hefty snowfall totals from this storm.