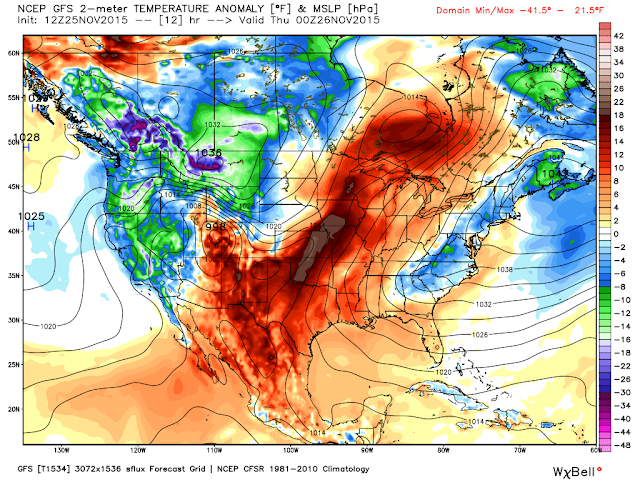 Roughly twenty four hours from now our weather is going change big time here in southeastern New Mexico and nearby areas. So enjoy today's mild highs in the 70's because they are going away. Temps today will be some 10 to 20 degrees above normal and by Friday they will drop some 30 to 40 degrees below yesterday's and today's readings. Highs on Friday will mostly be in the 30's and 40's. 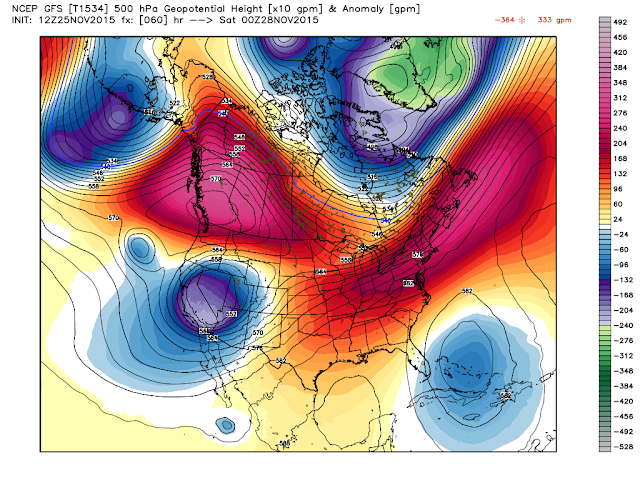 Culprit number one that will bring big changes to much of New Mexico's weather starting tomorrow and continuing into Saturday is a strong cut off mid-upper level low centered over northwestern Nevada this morning. It appears that this storm will pretty much hang around that general area today into Sunday before it finally begins a slow move eastward. Current model forecasts track it eastward and northeastward into Colorado and Wyoming Sunday. Southwesterly flow aloft around this storm will help import abundant remnant subtropical moisture from dying Hurricane Sandra into the state Thanksgiving into Saturday. The models have struggled with this storm and its been a touch one to forecast. 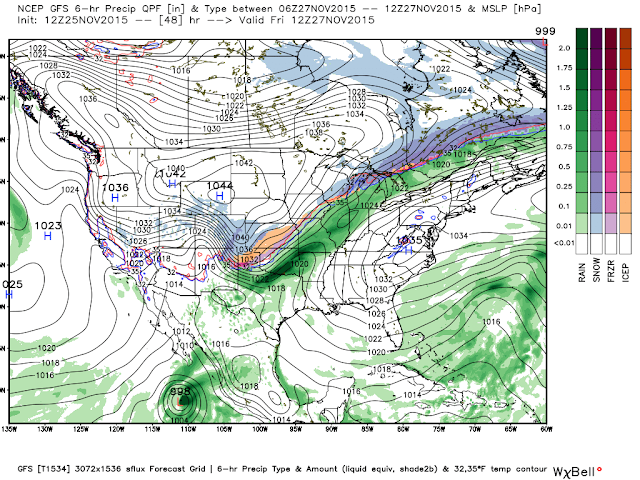 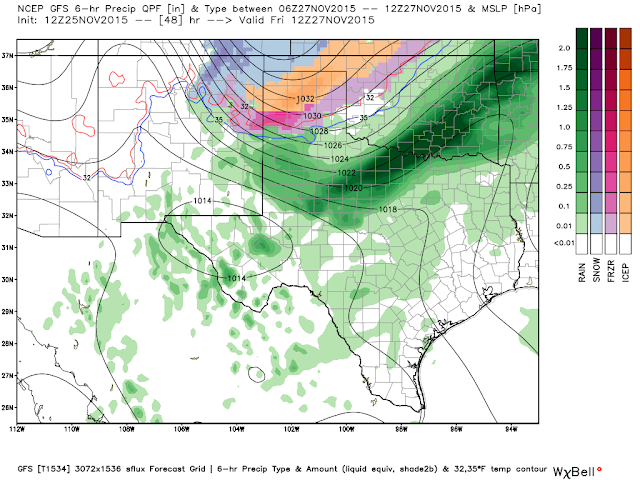 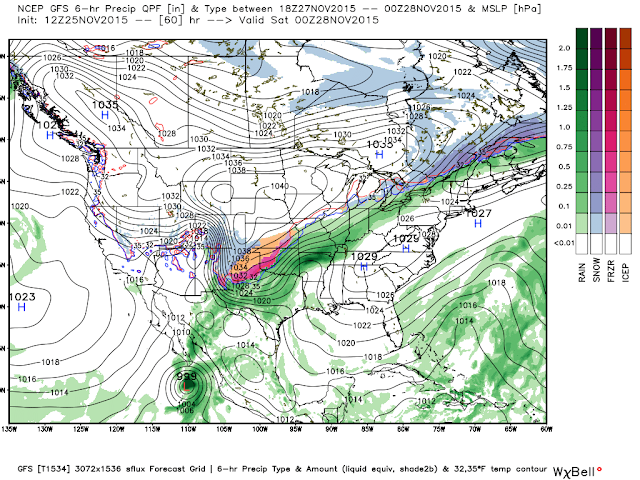 As the cutoff low to our west kicks disturbances our way in the very moist southwesterly flow aloft a modified but shallow arctic cold front will work its way southward down the eastern plains of New Mexico Thanksgiving into Friday morning. Timing of the arrival of the arctic airmass behind the front will be crucial as to what type of precipitation falls and for how long. The models seem to be still struggling with the timing of the front here in southeastern New Mexico. This leaves the door open for lots of questions still as far as what type of wintry precipitation will fall and when. 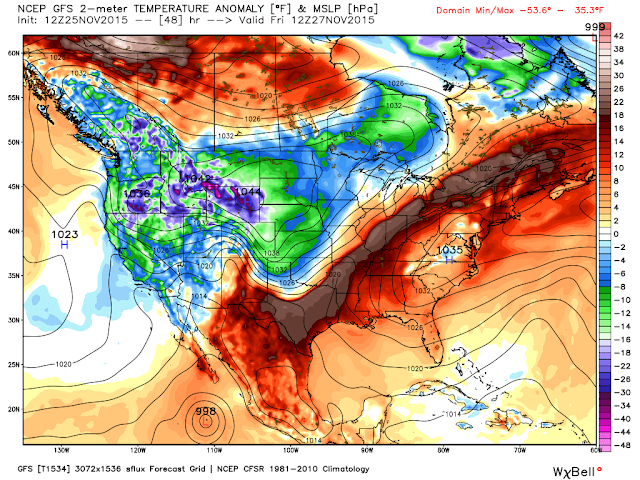 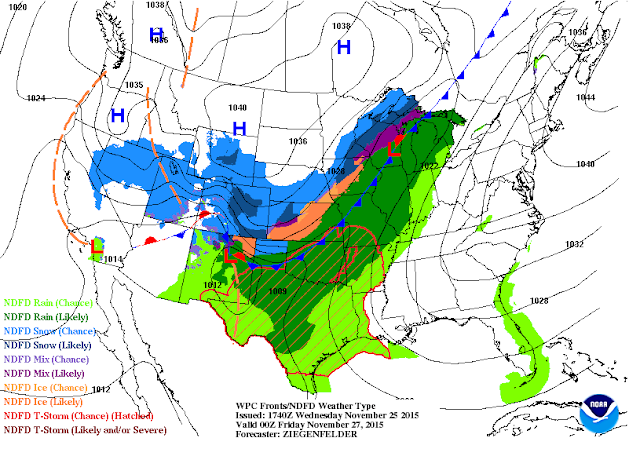 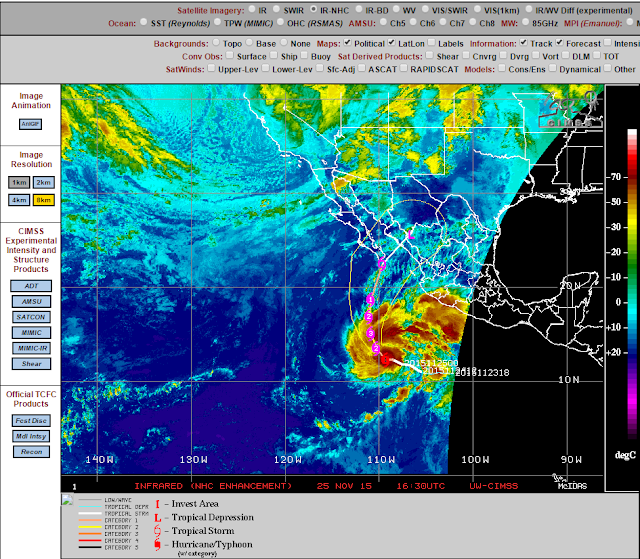 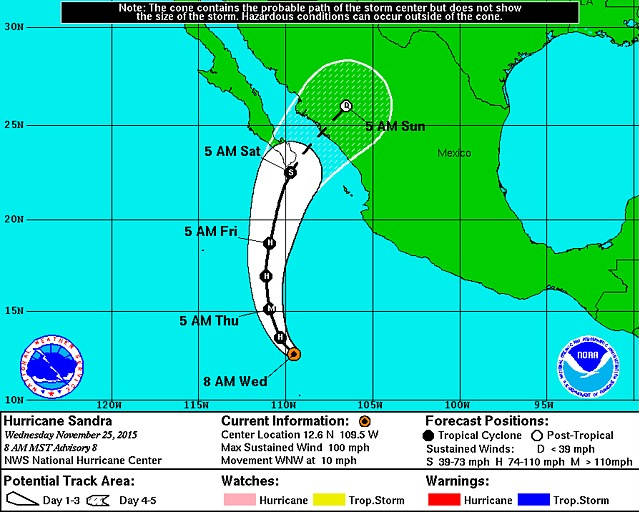 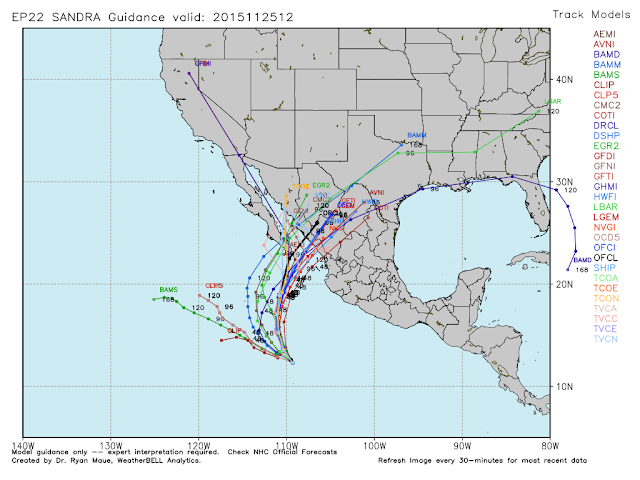 At 8 AM MST this morning Hurricane Sandra was located 700 miles south of the southern tip of Baja, Mexico. Sandra is moving off to the west-northwest at 10 mph and a turn to the north and northeast is forecast over the next couple of days. Sandra a unusually late Hurricane for November is now a Category 2 Hurricane with sustained winds of 100 mph. Her central pressure is down to 975 millibars or 28.80 inches of mercury. Heavy rainfall some of which will be very heavy is forecast to fall from southeastern New Mexico northeastward into Arkansas beginning Thanksgiving night continuing into the weekend. Parts of northern Texas and southern Oklahoma may see storm total rainfall amounts of six to eight inches. 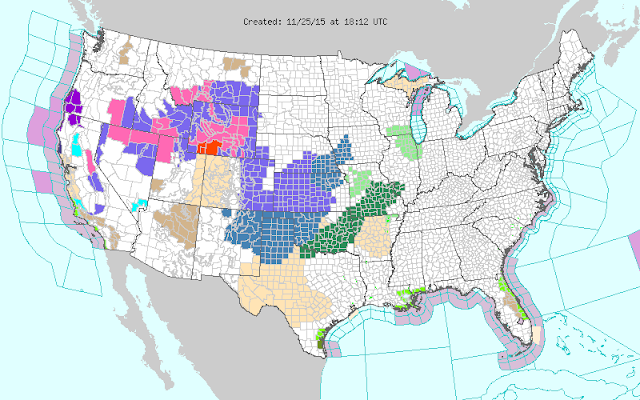 Click On This Link For The Latest NWS Watches/Warnings/Forecasts. 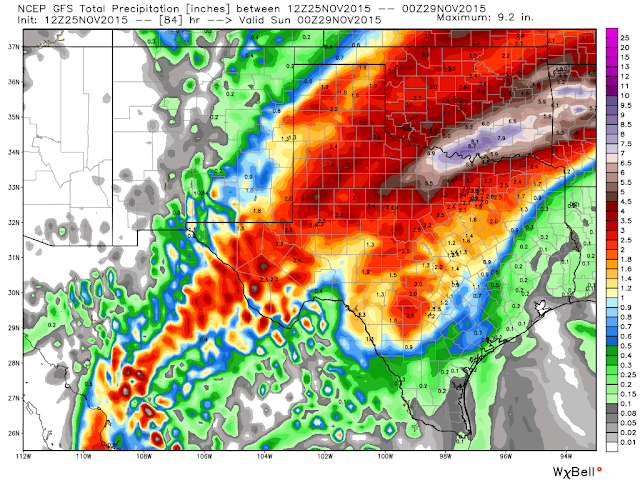 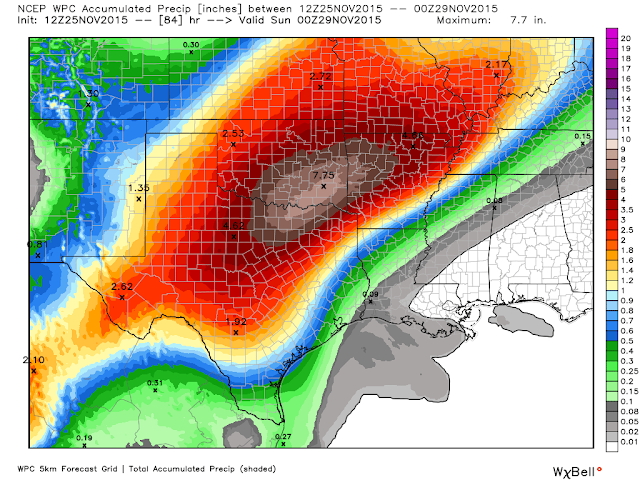 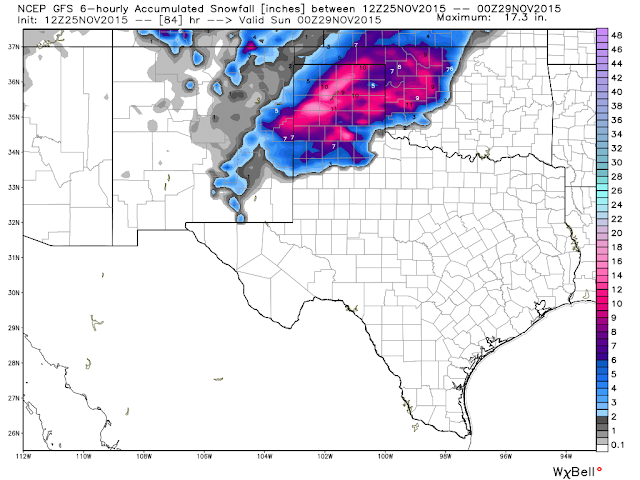 Current forecasts call for increasing clouds with about a 20% chance of a few scattered rain showers and thunderstorms Thanksgiving Day. Our highs will be in the upper 60's to the mid 70's. As remnant moisture increases from the southwest from what will be left of former Hurricane Sandra our chances for rain go up Thanksgiving night into Saturday morning. Thunderstorms and locally heavy rain appear to be a good bet too with rainfall totals ranging from 1" to 2" with some locals possibly getting up to 3" especially in West Texas. There still remains a threat for a few strong to perhaps severe thunderstorms across parts of West Texas Thanksgiving afternoon and evening. 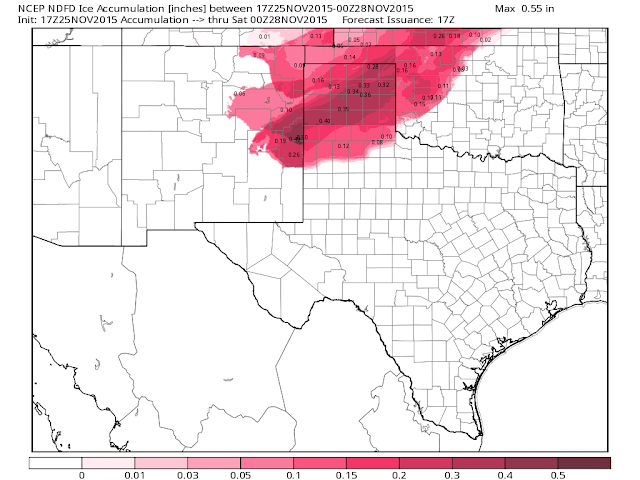 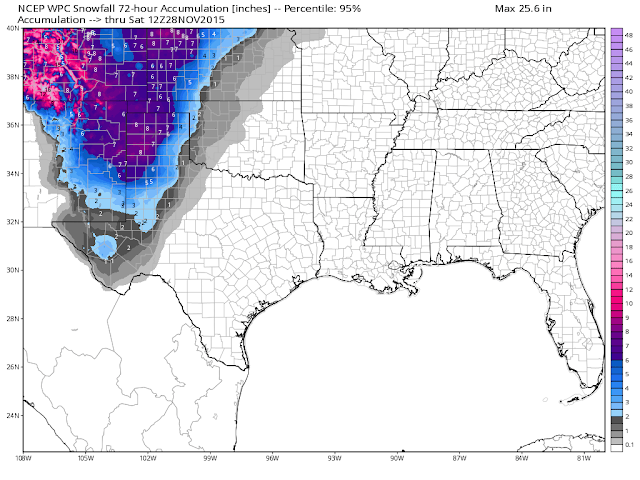 Of bigger concerns will be a wintry mix that will break out over the eastern one half of New Mexico eastward and northeastward into West Texas Thanksgiving night into Saturday morning. Most of eastern New Mexico and the northern mountains of the state are under a Winter Storm Watch. This could be upgraded and changed with time so keep current with all forecasts in these locations.

Snows will fall over parts of the state's northern mountains as well as over the central mountain chain southward into the Sacramento's and Guadalupe's. This will be heavy especially above 8,000'. Heavy snow will also be a possibility over parts of northeastern and eastern New Mexico Friday into Saturday morning. This on top of an ice storm. So expect travel problems from the mountains eastward into West Texas Friday into Saturday.

I hate to sound like a broken record but this all is still subject to some changes. Should the arctic cold front arrive sooner than forecast and become a little deeper than current forecasts indicate then southeastern New Mexico would face more of a wintry mixed bag of precipitation. Highs on Friday and Saturday currently are forecast to be in the 30's and 40's.

The Truth Is Stranger Than Fiction!
on November 25, 2015
Posted by Wendell Malone